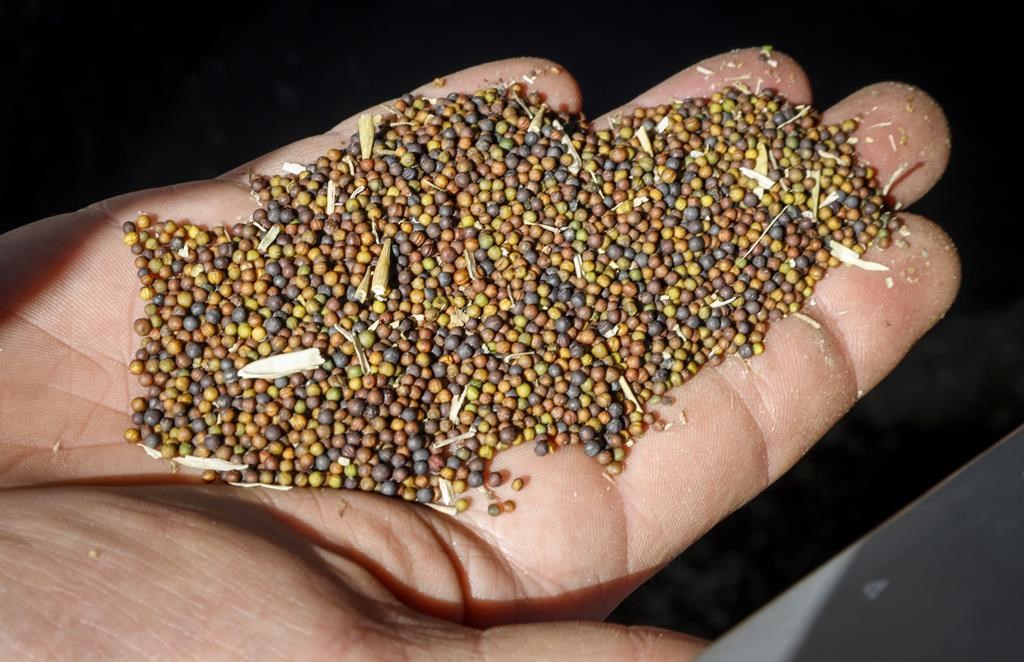 The federal Conservatives said Thursday they're hearing from frustrated canola producers who are still waiting for financial relief recently promised by the Liberal government.

"My colleagues and I have heard from a number of canola producers who have been told by the Canadian Canola Growers Association that the enhancements promised by you three weeks ago are not yet available," he wrote.

The time period is "like an eternity" for canola producers under the current circumstances, Berthold added, suggesting the government needs to fix the situation immediately.

"Minister, it is irresponsible for you to make an announcement and not be able to follow through in a timely manner," Berthold wrote. "It is unacceptable that the only concrete measure that your government has taken to help canola producers is stalled."

Earlier this month, the federal Liberals promised financial aid to canola farmers in an attempt to lessen the impact of China's decision to ban their products as an apparent part of a trade dispute.

The announcement changed a program that advances farmers money against the expected value of their crops, raising loan limits to $1 million from $400,000 and upping an interest-free portion to $500,000 from $100,000.

In a statement, Bibeau did not specifically respond to the concern about delays in the loan program but she stressed the government is working hard to address the canola issue along with farmers and industry.

"We know that Canada has the best canola in the world and we are providing support to our farmers to help them manage the impact of current market disruptions," she said.

China has rejected Canadian canola seeds in recent months and barred shipments from two of Canada's biggest exporters in what is considered retaliation for the detention of Huawei executive Meng Wanzhou.

Conservative Leader Andrew Scheer has called for the Liberals to take a more confrontational approach with China, suggesting Canada needs to appoint a new ambassador, launch a complaint about the canola dispute with the World Trade Organization and cut Canadian funding to China's Asian Infrastructure Investment Bank, to which the government has committed $256 million over five years.

International Trade Diversification Minister Jim Carr has said there is agreement across the sector, including with provincial governments and producers, that Canada should engage China on the basis of its allegation, which is that there are impurities in canola that has been sent by Canada to China. Canadian requests for evidence have produced no meaningful replies, the government says, and inspections in Canada have found no evidence of contamination.

China imported $2.7 billion worth of Canadian canola seed last year and there are concerns that a prolonged blockage will hurt farmers, the industry and the overall economy.