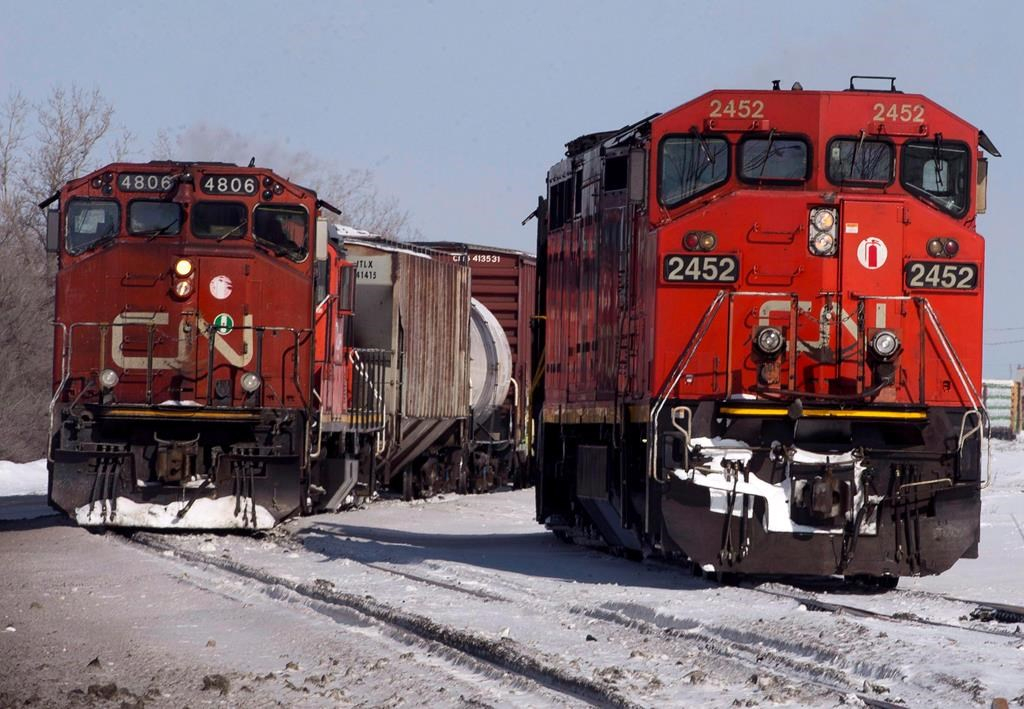 The federal Liberals have laid out their proposal for rules around voice and data recorders on locomotives, specifying when companies can use the devices to address safety concerns and how workers' privacy will be protected.

Legislation passed by Parliament required the government to come up with regulations for the recorders, which are similar to "black boxes" on airplanes.

Transport Canada wants to limit companies' uses of the recorders' data to instances where there is reason to believe that crew activities led to a collision or derailment or similar incident and only to a small window of time.

The rules are subject to a 60-day consultation period, after which the federal cabinet would have to enact the regulations, which likely won't occur until after this fall's election.

The 18 rail companies subject of the new rules would then have two years to have recorders installed — a process that is estimated to cost $76 million, according to a federal analysis.

"Having these devices at the very least will help us understand when there is an accident ... what was the cause of that accident and that in itself will help us to lower the possiblity that that same cause will be responsible for subsequent accidents," he said.

When legislators debated the proposal two years ago, Unifor, Teamsters Canada and the federal privacy commissioner all raised concerns that the recording devices could be used for discipline that has nothing to do with a rail incident.

There were also concerns about what happens to the data on the recorders when trains cross the border with the United States.

The proposed regulations say that rail companies will have to respect requirements under the federal private-sector privacy law, including rules on how the information must be handled and who can access it and strict limits on its use to situations like federal investigations.

"It is a decision we have taken because of safety motivations, but we're very conscious of the fact that we must be sensitive to privacy rights," Garneau said.

"We very, very carefully, I believe, have crafted these regulations to ensure that privacy is addressed while at the same time having access to the information in a number of situations."

And the regulations also detail what could be considered a threat to railway safety, such as using cellphones or personal entertainment devices execpt as provided by company policies, and consuming alcohol or drugs.

"We wanted to deliberately define those so there wouldn't be any arbitrary determination of other kinds of things going on that would be considered a threat," Garneau said.

CN, CP Rail appealing minister's order for use of handbrakes on stopped trains

Is Canada's rail system going to be safer than ever?