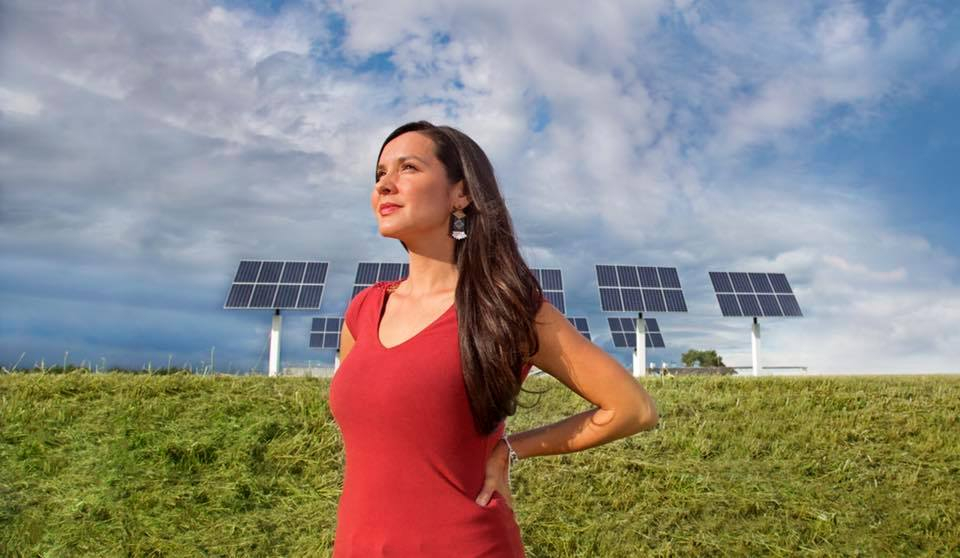 For too long, the conversation about the transition to clean energy has focused mainly on the energy itself. The decreasing cost of solar panels and wind turbines, the excitement around electric vehicles, the emerging technology that will supposedly save the day.

In the past few years, there’s been more talk about the need for a transition that puts workers first. How we can create jobs and save money by retrofitting our homes and buildings, and shifting to renewable energy. How Indigenous communities are leading the way.

Yet we’re still mainly talking about hardhat jobs related to the infrastructure of energy generation or to reductions in energy demand.

There’s a much broader conversation to be had. Here at Sierra Club BC we’ve launched Season 2 of our podcast Mission Transition to explore the wider story for Canada. I’m co-hosting the podcast alongside the award-winning former CBC journalist Susan Elrington.

What we know for sure is that the climate crisis demands we shift away from fossil fuels entirely. What’s still unclear is what the future will look like.

Without seizing this turning point as an opportunity to redress long-standing injustices, we could very well find ourselves in a clean energy economy that perpetuates existing inequalities. We’re already seeing examples a sort of eco-apartheid. Last summer, the Kardashians paid private firefighters to protect their mansion while homes all around them burned in the California wildfires.

There’s so much more at stake here than our climate.

Mission Transition begins with those who have the most at stake: kids. A panel of youth climate strike organizers talk eloquently about their vision for the future, and the opportunities they see as we navigate this transition to build healthier communities in which food is grown locally, work feels meaningful, Indigenous nations are respected, and we have rekindled a sense of interdependence with the non-human world.

These youth are terrified by the climate crisis, and yet their vision is about joy and connection rather than sacrifice. So how do we get there? In our podcast, we question up front what is (and what isn’t) clean energy. We ask who is bearing (and who should bear) the burden of paying for the transition. We dive into energy democracy, the idea that a community has the right to decide where and how its energy is produced, and we explore what’s getting in the way. We talk with those telling bold stories on climate change like the National Observer’s Emilee Gilpin and those making bold decisions about it like the Mayor of Victoria, Lisa Helps.

One of my favourite parts of producing this podcast was our visit to Haida Gwaii to share the inspiring story of how the Haida and non-Indigenous communities have set a goal of being 100 per cent renewable by 2023. The Council of the Haida Nation partnered with Swiilawiid Sustainability Society to host the Haida Gwaii Renewable Energy Symposium last fall. Our interviews there with elders, youth, Haida leaders, entrepreneurs and municipal representatives explore how they are working together to achieve this goal, and how they are grounding the shift in Haida ways of knowing.

When promoting or building renewable energy projects, there’s a need to think carefully about how we relate to the land, and to Indigenous nations. As we hear in Mission Transition, just because it’s renewable doesn’t mean that anything goes. Quite the contrary, particularly when so-called clean energy is being used to power the oil and gas industry, as we’ve seen with the Site C dam. In discussion with Molly Wickham, spokesperson for the Gidimt’en Clan of the Wet’suwet’en Nation, and with Dene activist and former lawyer Caleb Behn, we hear about how we can avoid making the same mistakes with renewables that have been made with oil and gas projects. And we explore what Indigenous law might teach all of us about how to approach our relationship with the land.

"For too long, the conversation about the transition to clean energy has focused mainly on the energy itself." writes @caitlynvernon

This kind of big picture thinking is what compelled Sierra Club BC to join a coalition of more than 85 organizations and 75 prominent Canadians including unions, faith groups, artists, scientists and Indigenous leaders in endorsing the Pact for a Green New Deal in Canada. In our final episode of the season, we’ll talk with Green New Deal organizers about why we need a plan for massive public investment to meet the demands of justice and climate science, invest in affordable housing and clean transit, and ensure access to good work and clean water for everyone.

With just eleven short years to drastically cut Canada’s climate pollution, the stakes couldn’t be higher. It’s time for a real conversation — not succumbing to false hope or the paralysis of fear, but rather asking critical questions and sharing stories that motivate. Mission Transition will equip listeners with ideas and stories to share around kitchen tables across the country in the lead-up to the federal election. I hope you’ll tune in and join the conversation.

Mission Transition: Clean Energy and Beyond is available at sierraclub.bc.ca/podcast, on Apple Podcasts, Google Podcasts or your favourite podcast app.