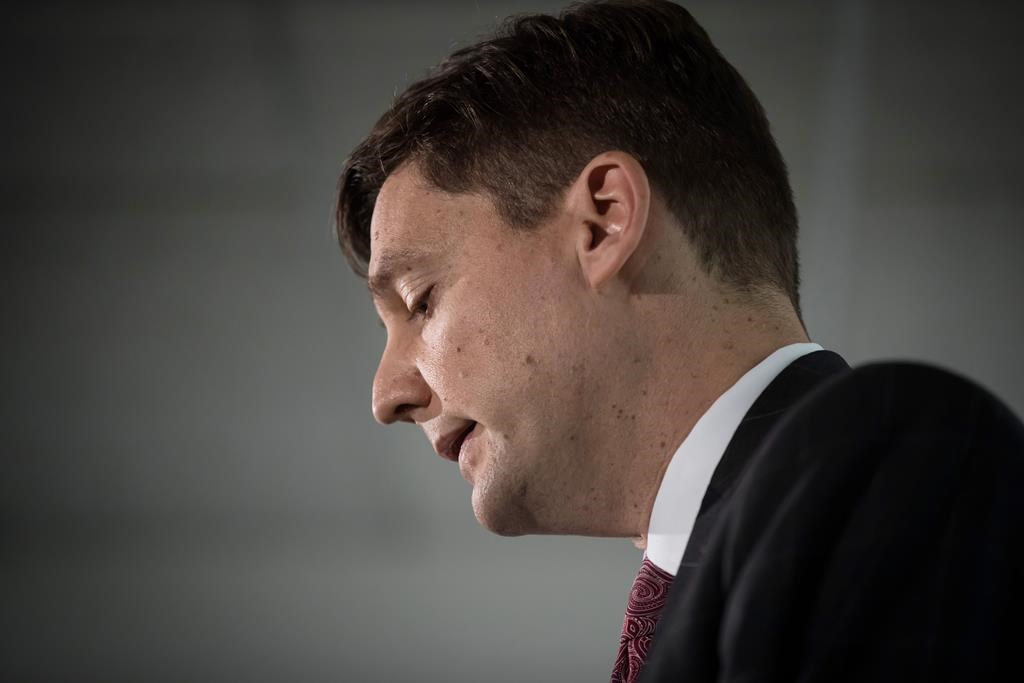 British Columbia Attorney General David Eby pauses to look at his notes during a news conference after a court ruled that British Columbia cannot restrict oil shipments through its borders, in Vancouver on May 24, 2019. File photo by The Canadian Press
Previous story
Next story

Post-secondary institutions in British Columbia were warned Tuesday to be on the look out for possible student money launderers in the province's ongoing fight against illegal cash.

The letter asks the institutions to share copies of their cash acceptance policies with the government. Those without a policy have been asked to develop one.

"We need to protect post-secondary institutions as places for higher learning and skills development, not alleged places for organized crime to clean dirty money," Mark said at a news conference.

She said a recent report on money laundering in B.C.'s real estate sector includes allegations that some students pay large sums of cash to enrol in programs only to withdraw shortly afterwards, requesting refunds by cheque.

The report by former RCMP deputy commissioner Peter German says the cash payments and subsequent refund payments could be one of many tactics used by organized crime to launder illegal cash. A second report earlier this month by former deputy attorney general Maureen Maloney said money laundering could have amounted to $7 billion in B.C. in 2018.

The New Democrat government announced a public inquiry into money laundering about two weeks ago.

Mark's letter to the schools asks them to reply by June 30.

"While I appreciate the need to accept payments in cash as a service to students, this has to be balanced by ensuring our post-secondary system not become a target for money laundering," it says.

Attorney General David Eby said money laundering appears to have found its way into many segments of the B.C. economy.

"You'll remember that this started in casinos," he said. "I don't think anyone thought that we would be making an announcement about post-secondary institutions, but here we are."