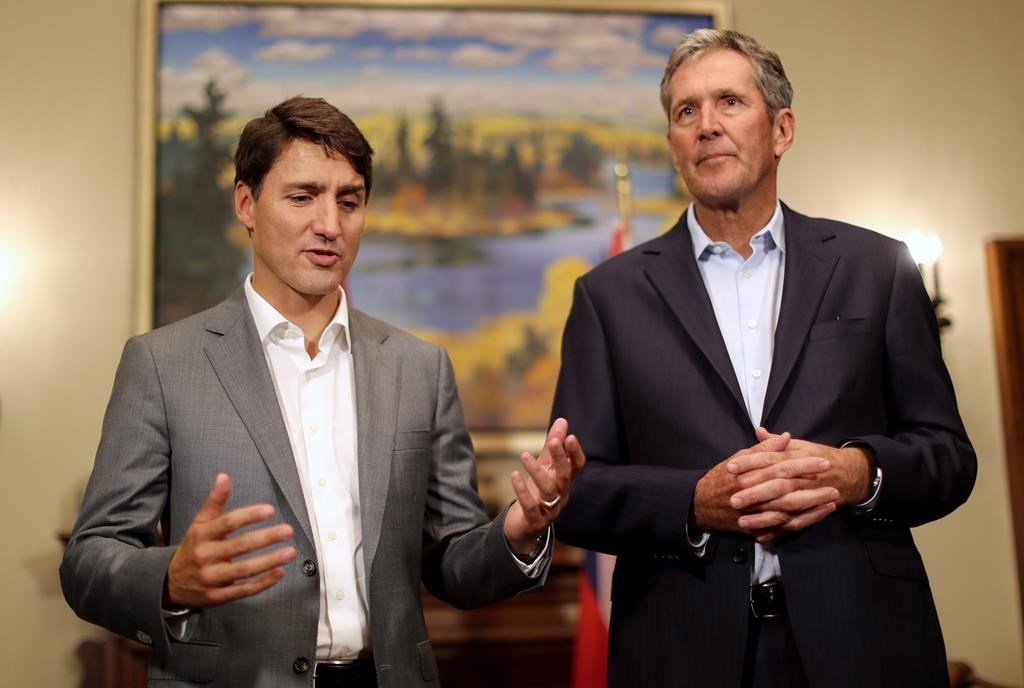 The prime minister and the premier of Manitoba say they'll try to find common ground on a new hydro line so the province can sell more surplus electricity to Minnesota.

The plan has drawn objections from Indigenous groups in Manitoba, who say their concerns about it haven't been listened to.

Trudeau's government is reportedly worried that a hasty approval could see the project end up in court, much like the Trans Mountain pipeline expansion.

Before their meeting in Trudeau's office, Pallister pointed out that Winnipeg MP and Liberal minister Jim Carr has advocated for hydro development and big international projects that make cross-border trade easier.

Manitoba Hydro generates more electricity than the province uses and selling more to Minnesota would be good for its bottom line.

We need an east-west hydro

We need an east-west hydro corridor across Canada to share renewable energy.