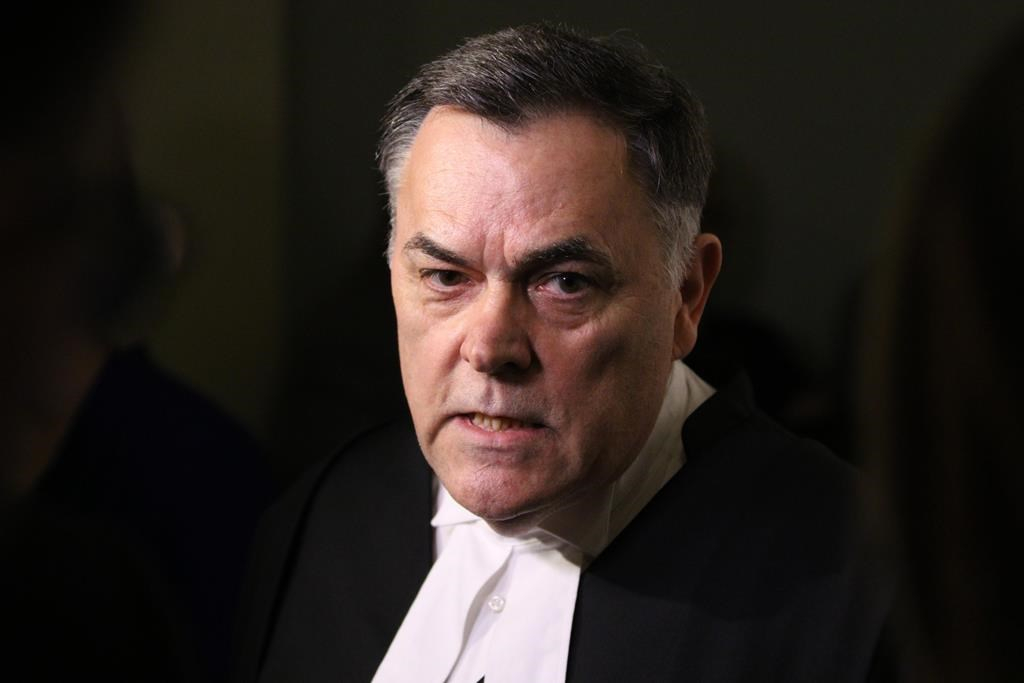 Speaker Darryl Plecas answers questions from the media about the legislature suspensions of the Sergeant-at-Arms and clerk outside the house chambers at Legislature in Victoria, B.C., on Thur, May 16, 2019. File photo by The Canadian Press/Chad Hipolito
Previous story
Next story

The British Columbia legislature became embroiled in political turmoil Thursday as Premier John Horgan rejected calls to replace the Speaker after the Opposition Liberals accused him of conducting a clandestine security probe.

B.C. Liberal Leader Andrew Wilkinson told the house Darryl Plecas has embarked upon "intrusions" of employees at the legislature, which includes examining workplaces and data stored on their computers. The secretive conduct should not be permitted to continue, he said in calling for Plecas to be removed from the post.

He used a recent report written by Beverley McLachlin, a former chief justice of the Supreme Court of Canada, on misconduct allegations made against two senior officials at the legislature to support his argument for Plecas to be replaced.

"We cannot carry on like this with this star chamber approach to secret investigations being done behind people's backs with a quasi-criminal mentality where the former chief justice of Canada said that's the wrong way to go about it," Wilkinson said on the final scheduled day of the legislature's spring session.

Plecas didn't deny investigations are ongoing, but he said as the head of security at the legislature he wants to ensure employees' data is secure in case it is required in the future.

"We do not want an instance where we have data not available to investigations. It's that simple," he said outside the house.

A report by Plecas made allegations of misconduct and overspending against clerk Craig James and sergeant-at-arms Gary Lenz. McLachlin's report said James had engaged in misconduct but Lenz did not. Both men have denied any wrongdoing.

James took early retirement when the report recently came out and Lenz remains on suspension amid a police investigation. Lenz has asked that he be allowed to return to work.

In her report, McLachlin says Plecas viewed his investigation of the allegations against Lenz and James as a police probe rather than as an administrator.

"He seems to have seen his task as to build a credible criminal-type case against Mr. James and Mr. Lenz, rather than promptly confronting and correcting the administrative practices that he questioned," says her report.

Plecas denied he spoke harshly of McLachlin's report at a meeting Wednesday with the house leaders of the three parties in the legislature. Liberal house leader Mary Polak said she took notes at the meeting and recalled Plecas saying the report was "pathetic" and "way down the scale."

"That is absolutely ridiculous," Plecas told reporters. "I described her as an eminent jurist. I said her terms of reference were very narrow. I had wished that it could have been broader."

Green house leader Sonia Furstenau declined comment on the meeting, saying it was private. She also said she was not aware of Plecas undertaking an investigation that involved observing employees and copying hard drives, calling those "rumours."

The NDP's Garry Begg could not be reached for comment.

The New Democrats are governing with the support of the three Green party members in the legislature. Plecas sits as an Independent after he was tossed out of the Liberal caucus shortly after taking the job as Speaker in 2017.

Horgan said it is not up to the Liberals to determine who sits as Speaker.

"We have a Speaker and it's not the responsibility of the Opposition to say we want a new one," he added.

Later Thursday, members of the Liberal caucus demonstrated their opposition to Plecas by attempting to make individual statements in the house disassociating themselves from him. Plecas cut them off to allow debate to continue, prompting some Liberals to walk out of the chamber.