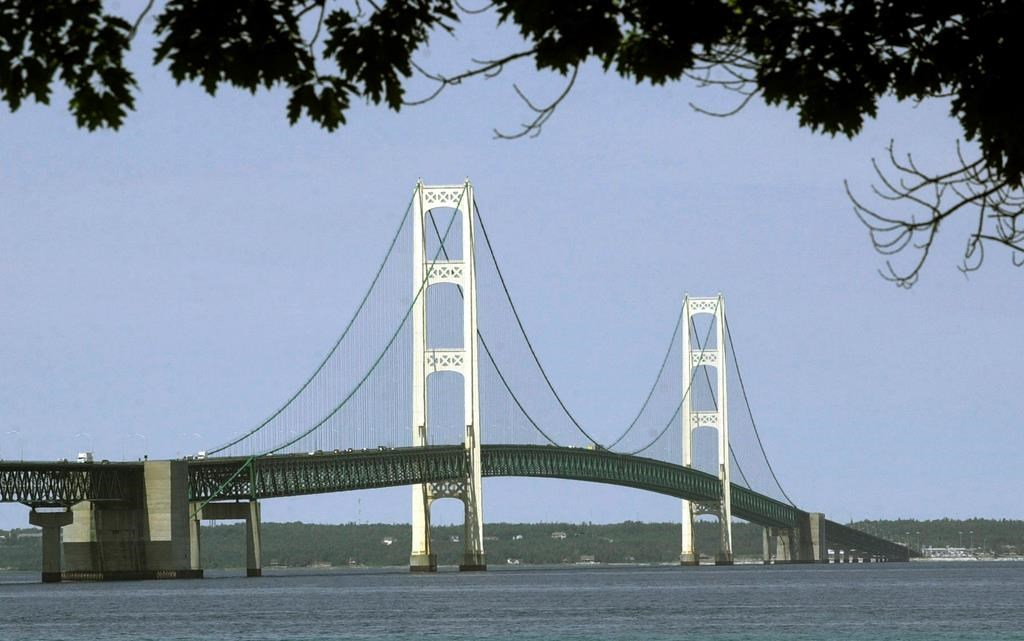 Enbridge Inc. said Thursday it could have a proposed oil pipeline tunnel built and operating beneath a crucial Great Lakes channel by early 2024, responding to demands from Michigan officials to expedite the shutdown of existing twin pipelines.

The Canadian company said it had sent Gov. Gretchen Whitmer a revised timeline for drilling the $500 million tunnel through bedrock beneath the Straits of Mackinac, the 4-mile-wide (6.4-kilometre-wide) channel linking Lakes Huron and Michigan.

"Assuming we are able to move through the permitting process without delay, we believe the tunnel can be under construction in 2021 and in service as soon as early 2024," Enbridge said in a statement. "As previously committed, operation of the current Line 5 would cease immediately following the placement into service of the replacement pipeline in the tunnel."

Company and state officials previously have said it could take seven to 10 years to complete the project but described 2024 as a target date after a deal was reached last year with former Republican Gov. Rick Snyder's administration.

Whitmer criticized Snyder's agreement with Enbridge during her successful election campaign last fall. Earlier this year, she ordered work on the project halted and requested an opinion on its legality from newly elected Attorney General Dana Nessel, who found that a law authorizing it violated the state Constitution.

Nessel said this week she would take steps in June to shut down the underwater pipelines if Whitmer and Enbridge could not agree on a new plan for decommissioning them.

The pipes are part of Enbridge's Line 5, which carries 23 million gallons (87 million litres) of crude oil and natural gas liquids between Superior, Wisconsin, and Sarnia, Ontario.

Environmentalists are demanding an immediate shutdown, saying a rupture in the 66-year-old underwater segment could contaminate hundreds of miles of open waters and shorelines. Enbridge describes it as safe infrastructure that supplies essential propane for northern Michigan residents.

Asked Thursday if the 2024 timeframe was acceptable, Whitmer told reporters at the Detroit Regional Chamber's Mackinac Policy Conference: "Well it certainly moved up, which tells me that perhaps we can make it ever better. We're working on it."

Whitmer said without a fixed date for shutting down Line 5, Nessel was likely to take legal action.

"I think going to court creates a lot of uncertainty," Whitmer said. "We could be locked in litigation for a long time, and meanwhile the pipeline stays in the bottom of the water."

Under Enbridge's latest timeline, underwater rock and soil sampling would begin in June, followed by design work and construction of a custom tunnel boring machine in 2020.

Boring through bedrock and building the tunnel at an average of 40 feet (12 metres) per day would run from 2021 through 2023, with testing and commissioning in early 2024.

Enbridge getting cleanup equipment just in case of oil spill