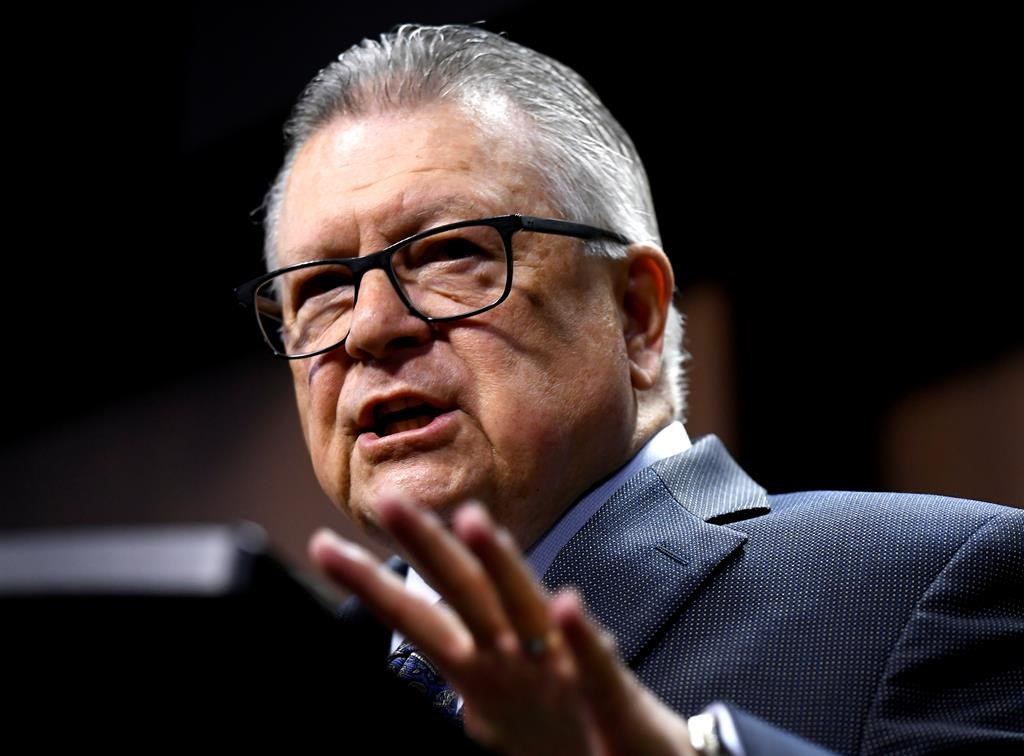 Minister of Public Safety and Emergency Preparedness Ralph Goodale speaks during an announcement on Parliament Hill in Ottawa on Thursday, May 16, 2019. File photo by The Canadian Press/Justin Tang
Previous story

The federal government says the military is going to help with Alberta's wildfire fight.

Goodale says the military will be ready to help airlift evacuees as needed, as well as transport supplies and provide medical assistance.

He says federal officials are working with counterparts in Alberta to co-ordinate the response.

About 10,000 people are out of their homes as more than two dozen wildfires burn in the northern part of the province.

The town of High Level has been empty for more than a week as the largest fire burns in that area.

Officials with the Paddle Prairie Metis settlement 70 kilometres to the south say at least 15 homes there have been destroyed.

"The request is for aircraft and Canadian Forces personnel in order to help evacuate people, provide logistical and transportation support, to provide medical assistance where that is required," Goodale told reporters in Regina on Friday.

"The Provincial Operations Centre is collaborating with Public Safety Canada, the Government of Canada and the Department of National Defence," Madu said in an email.

"We appreciate their support as we continue to battle the wildfires affecting our province."