Huawei pushes ahead with rural internet strategy in Canada despite controversy 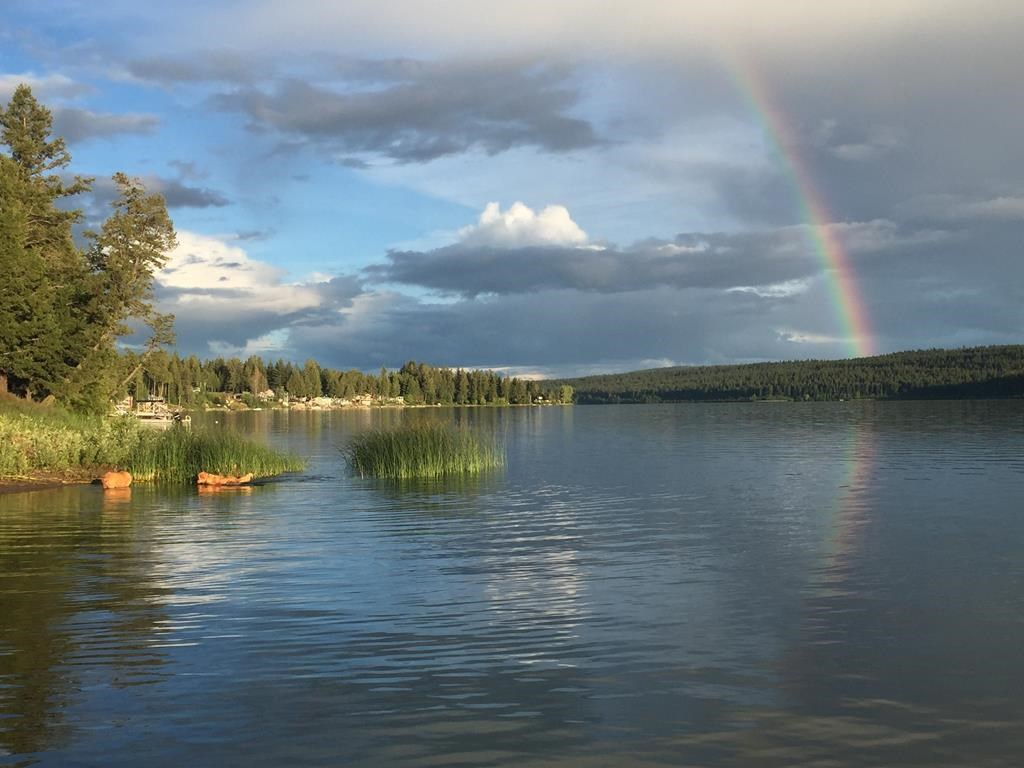 A view of a lake in Lac la Hache is shown in a handout. Handout photo by Monika Paterson
Previous story

Slow and spotty internet meant some people couldn't download maps telling them where dangerous fires had broken out in the summer of 2017, said Al Richmond, director of the electoral area that contains the town.

"So much of the information we send out is very detailed and in large packages, so if you have slow internet service it takes a great deal of time to get that," Richmond said.

The community will soon have faster wireless service through a trial project from ABC Communications using Huawei Technologies equipment. The Chinese company is pushing ahead with a strategy to enhance connectivity in rural and northern Canada, despite the political firestorm surrounding its presence in Western markets.

While much of the debate has focused on whether Huawei should participate in building the next generation of wireless technology in Canada, known as 5G, the company's already extensive presence in the country's 3G and 4G networks has faced less scrutiny.

Huawei is continuing to supply equipment to improve internet access in underserved markets. Remote communities and telecommunications companies are eager to install the technology, but a security expert says Canada should be wary of Huawei expanding its influence.

"There are security concerns relating to Huawei generally as a corporation," said Richard Fadden, a former national security adviser to the prime minister. "Everything they do and all their technology is susceptible to being used by the security authorities of the Chinese state.

"The older the equipment, the more focused it is, the more limited it is, the lesser the threat. But I would argue that the issue isn't only 5G ... it's the idea that Huawei, as a Chinese corporation, is required by Chinese law to assist the Chinese security authorities."

China has a law that requires companies to co-operate and assist with national intelligence investigations. Its government has a very aggressive approach to information and intelligence gathering, so there is always a risk, Fadden said.

Huawei's chief financial officer, Meng Wanzhou, was arrested at Vancouver's airport in December at the request of U.S. authorities who want to extradite her on fraud charges. Soon after, China detained two Canadians, Michael Kovrig and Michael Spavor, who were formally arrested and accused of spying.

On Thursday, U.S. Vice-President Mike Pence pledged to urge China to release the two Canadians during his government's free-trade talks with the People's Republic.

The Trump administration has broadly banned companies from buying any Huawei equipment, forcing carriers to scrap or rethink rural connectivity projects. Canada has not indicated it's contemplating a similar ban, although it is reviewing security concerns associated with 5G technology.

Huawei, founded by Meng's father, Ren Zhengfei, began its business serving rural areas in China, said the company's public affairs director, Christopher Pereira. The company has been in Canada since 2008, employing hundreds of people, and Pereira said it has never had a security incident in Canada.

The company submits to third-party scrutiny in multiple locations around the world and meets or exceeds all network cyber security standards, he said in an email.

"Huawei could very well be the most closely scrutinized company in the world right now. If there was any evidence whatsoever of a security risk, you can be sure it would be publicized widely and loudly. But zero evidence has been presented."

Pereira said companies choose Huawei's equipment in rural and northern parts of Canada because of its reliability and affordability. The company's 3G and 4G technology has been deployed across the Far North including in Iqaluit and Inuvik, he said.

Bob Allen, CEO of ABC Communications, said Huawei provided its Massive MIMO Rural Broadband System for the Lac la Hache trial at no cost and in turn ABC is providing the labour. There was no financial incentive provided for the trial, but ABC will provide feedback to Huawei that will help with product development, he said.

There are only a handful of companies worldwide providing state-of-the-art equipment for LTE networks, Allen said, adding Ericsson and Nokia do not target the rural market globally so there are really no technology partners other than Huawei for ABC to use.

"The amount of R&D required to be a leader in this space takes massive capital and size and no Canadian companies are in that position," Allen said.

Ryan Meili, leader of the Opposition NDP in Saskatchewan, has asked the government for a clear accounting of how much Huawei technology is in place in the province and an analysis of what the impact would be if Canada bans the company from 5G.

SaskTel said in a statement that it uses Huawei equipment for components of its 4G/LTE wireless network, but not in its core network. It also noted the equipment is tested regularly for malicious software.

Bell conducted a 4G service trial using Huawei technology in the Ontario towns of Orangeville, Feversham and Bethany last year. It has since expanded service to more than 60 communities in Ontario and Quebec and will reach about 140 by the end of the year.

The service is intended to be 5G capable in the future, said Bell spokesman Nathan Gibson in an email.

"Our wireless network is supported by more than 20 infrastructure partners (Nokia, Netcomm, Huawei, Juniper, Cisco and Ciena to name a few), and all of them must adhere to Bell's strict security standards and federal government regulations," he said.

Orangeville Mayor Sandy Brown said internet access is still inadequate in his town and he's open to any company, including Huawei, playing a role in improving it, as long as their equipment has been federally approved.

"I think internet is becoming part of the infrastructure, like water and sewer lines. If you don't have good internet, then businesses aren't attracted to your community."