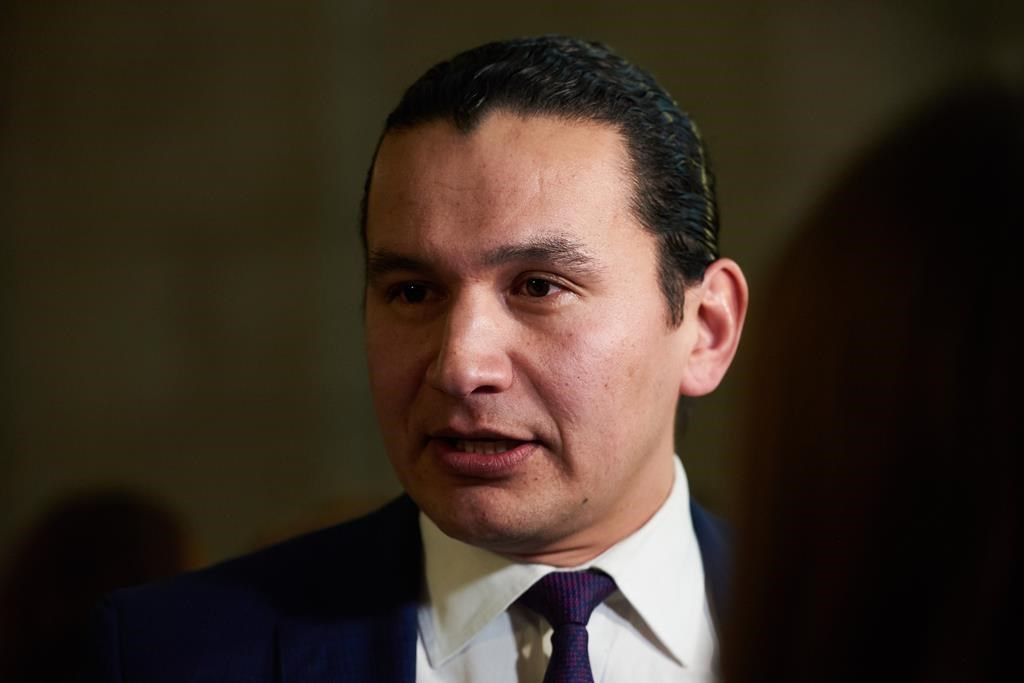 Manitoba New Democrats are promising to put a price on carbon if they win the next election, even if the federal carbon tax were to be scrapped.

The carbon tax is part of NDP Leader Wab Kinew's climate change platform that outlines broad goals but is short on detail.

"If the current federal tax that's being imposed now gets repealed, we're going to find a way to bring a price on pollution here in Manitoba that ensures large emitters pay, that gives more money back to lower- and middle-income people, and that could include cap and trade," Kinew said Friday.

Manitoba is one of four provinces that have refused to implement a carbon tax. As a result, Ottawa has imposed its own tax in those provinces. The levy starts at $20 per tonne and is to ramp up to $50 per tonne by 2022.

The federal tax is offset with income tax rebates for individuals and families.

Conservative Leader Andrew Scheer has promised to scrap the federal tax if he wins the federal election in October.

Kinew would not say what level of carbon tax he would apply. He promised more details during a campaign for the provincial election, which is scheduled for next year, but which Progressive Conservative Premier Brian Pallister has repeatedly hinted could come this year.

A provincial NDP government would also pass a law to require Manitoba to cut carbon emissions by 45 per cent by 2030 and to become carbon neutral by 2050. It would require annual progress reports.

Kinew indicated the law would not contain any penalties or enforcement measures to ensure the government reached its target. Instead, the public would be left to hold the government to account if targets were missed.

"The most important enforcement mechanism is that I have young members in my party ... (and) this is their ballot-box issue. And they are not going to support our party if we're not delivering when it comes to the environment," Kinew said.

The former NDP government, in office between 1999 and 2016, had a similar law with firm emission targets and failed to meet them.

Sustainable Development Minister Rochelle Squires said the NDP track record on the issue is not good.

"For 17 years, they failed to get any meaningful carbon emission reductions in the province of Manitoba, with the exception of two years when we were in a recession," Squires said Friday.

The NDP plan also promises there would be an end to provincial subsidies for fossil fuel industries as well as new efforts to reduce emissions from home heating.

The latter could include solar panel projects in small remote communities that currently use fossil fuels, Kinew said.