Popularity of audio technology is a factor in decline of braille: experts 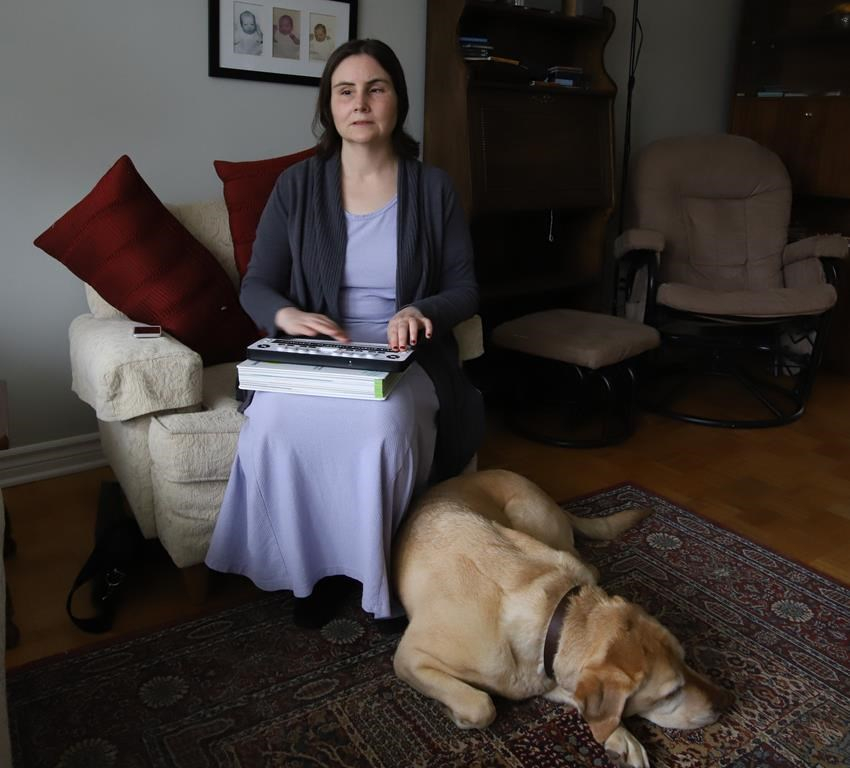 Jen Goulden, past president of Braille Literacy Canada, poses for a portrait in her home with her braille display device, in Ottawa on Thursday, May 30, 2019. Photo by The Canadian Press/Fred Chartrand
Previous story
Next story

Jen Goulden, past president of Braille Literacy Canada, said other factors have also had an impact on the use of braille in this country.

In the early 20th century, she said visually impaired children were educated at residential schools for the blind because all the resources were consolidated in one place. But the teaching of braille fell behind as an "unintended consequence" of putting visually impaired and sighted children together, said Goulden.

The use of large print for students with low vision has also been a factor, she said, because they are only left with audio as their vision decreases and they haven't learned braille.

Teaching braille and learning to read large print was not always done together because audio was cheaper and easier to provide, she added.

Goulden said there has also been a drop in the number of braille teachers and she expressed her frustration at a double-standard in education for children who are blind because they aren't given a chance to learn braille.

"I can't really fathom why it's OK to do that to a blind child when we would never think of doing that to a sighted child," she said.

Statistics on the use of braille aren't available from Canadian organizations.

Christopher S. Danielsen, of the Baltimore-based National Federation of the Blind, said its research suggests about 58 per cent of blind students in the United States were using braille in the early 1960s as their primary reading medium, which has dropped to about 10 per cent today.

Still, Danielsen said braille is not in danger of being lost.

"Most blind people have some vision. Most of us are not totally blind but braille tends to be more efficient than reading print," he added.

Danielsen said a person can get information but not literacy from listening.

"We routinely see blind people who are obviously very intelligent, very well-educated, but they don't have braille skills because they stopped reading print at some point ... and learned primarily by listening," he said.

"These are folks who will have graduate level degrees and yet have very atrocious spelling and punctuation just because they haven't read, they haven't actually read. They may have a good vocabulary when they speak but they don't even necessarily have the ability to translate that into writing."

Learning braille helps with understanding as well, she said.

"If I'm listening to an audio book for fun or pleasure, I will often turn it up to double speed. With speech compression these days you can do that without the book sounding like Donald Duck, but if I really want to know and understand and study things, I want them in braille."

Jennifer Dunnam, manager of braille programs at the National Federation of the Blind, said access to braille is better now because it can be used with electronic tools.

"We have refreshable braille displays, which can be connected either by cable or by Bluetooth, and they present what is on the screen of the phone or a computer," she said.

"We tend to believe that the biggest issue with braille is not that it is no longer valuable ... but there is still a lot of stigma around it and people think that braille is slow to read," she said. "I can tell you that I can read faster than I can listen."