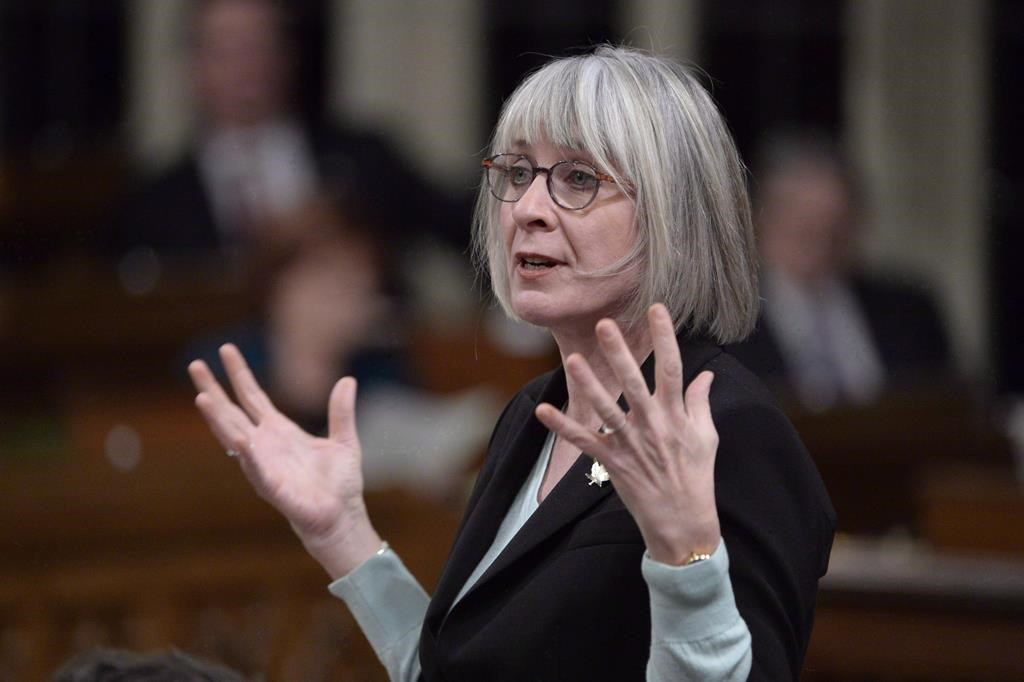 Employment, Workforce Development and Labour Minister Patricia Hajdu responds to a question during Question Period in the House of Commons on Thursday, November 22, 2018 in Ottawa. File photo by The Canadian Press/Adrian Wyld
Previous story
Next story

Myriad federal programs aimed at helping young people get and keep jobs are being merged as part of a revamped youth employment strategy.

The changes the Liberal government unveiled Monday are meant to make applying for money simpler and to broaden the number of groups receiving government funding.

Instead of making organizations wade through various programs with multiple funding streams to find the one that is right for them, a one-window application system will see department officials link groups with funding: up to $5 million annually for a national project, or up to $3 million for a regional project.

The cash will come with more flexibility in what it's used for, but also additional requirements for organizations to show they are providing appropriate mentoring and supports to young workers, particularly members of vulnerable groups such as Indigenous youth and recent immigrants.

"What we want to do is sort of equitize, if you will, the application to this for other youth-serving organizations that are doing fantastic work across the country that maybe ... haven't applied before and maybe do it in a different, more effective way," Labour Minister Patty Hajdu said in an interview.

"Some will be cut off, but we'll be asking for more rigour from all applicants around how they're going to more intensively support youth to succeed, and we're going to be opening up the gates."

Left untouched is the Canada Summer Jobs program — the largest program under the youth-employment umbrella — that an expert panel recommended operate year-round.

The 2017 report from the expert panel the government struck came up with 13 recommendations to help young Canadians get into and thrive in a changing labour market, including making it easier for employers to access funding, supporting entrepreneurship as a valid career path for young people and ensuring young workers have mentors to help them early in their working lives.

That last issue was difficult for the panel to turn from concept into practice, said Vass Bednar, who chaired the panel.

"We consistently heard as a panel that mentorship is valuable and that people wanted access to mentorship and support, but I actually think that's really difficult to operationalize," Bednar said.

The government's plan to require mentors and wrap-around help for young workers is "a novel approach," Bednar said, adding it "demonstrates that the government is being responsive" to concerns echoed in the panel's work.

The unemployment rate for young workers aged 15 to 24 dropped in April to 10.3 per cent, the lowest level in four decades of comparable data.