He lives to share his salmon, but faces tighter regulations and waning fish stocks 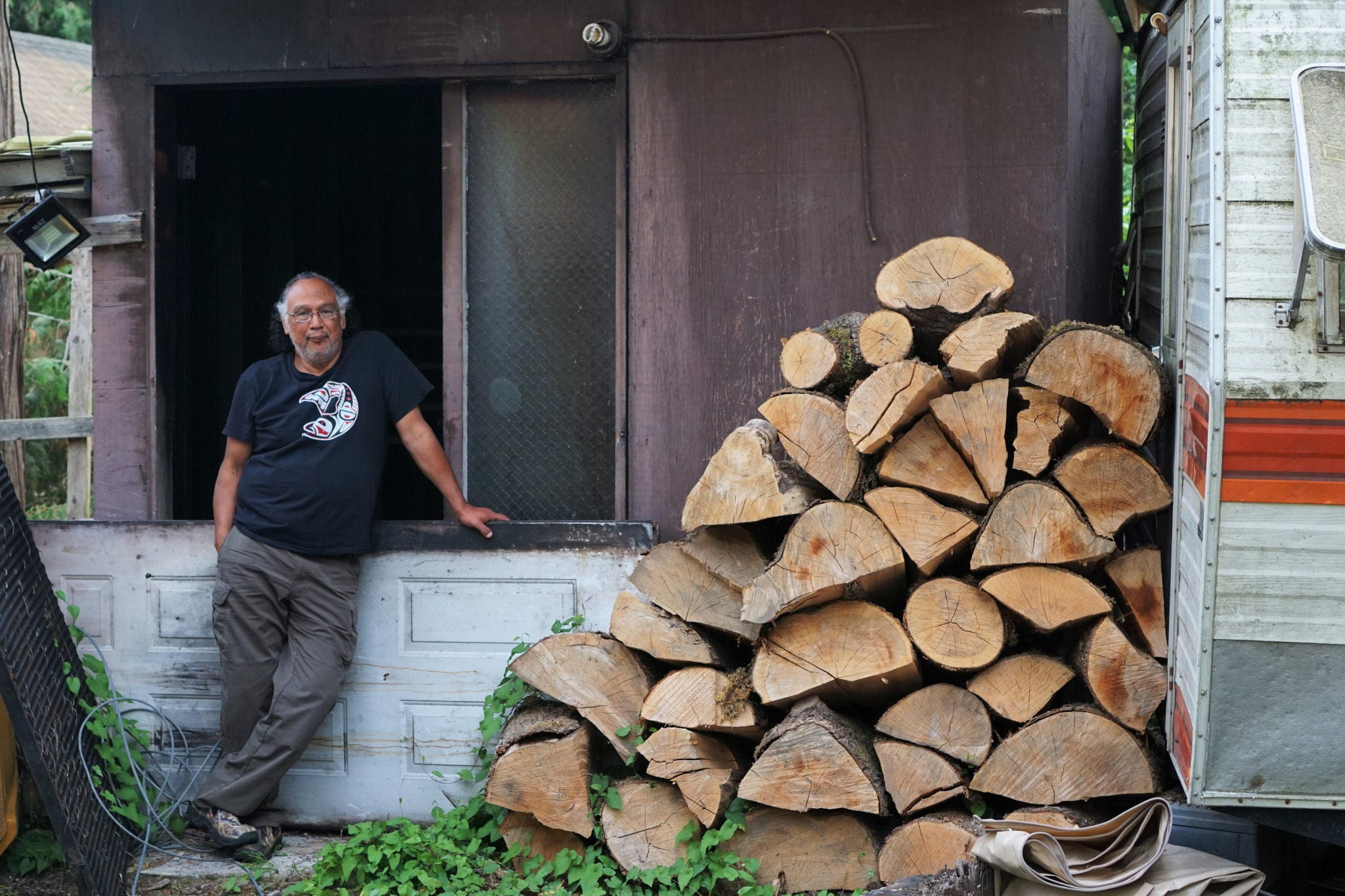 Eugene Victor, pictured by his smokehouse on May 29, 2019, in Rosedale, B.C. Photo by Stephanie Wood
Previous story
Next story

Eugene Victor went fishing for the first time when he was 17 years old. It was also the first time he met his biological father after growing up in foster care. They went to the Fraser River for the occasion, near Yale First Nation, just north of Hope, B.C..

“Right away I was like, this is where I belong. This is me. I feel at home here,” Victor says.

Victor returned home to the Cheam First Nation, and he’s lived off salmon from the Fraser River ever since. He was a fisherman until his health took a bad turn in his forties. He's been smoking salmon for 38 years but now has to buy fish for his smokehouse.

“My cousin taught me, and I think his dad taught him. I haven’t changed how I do it. I do it the same way he taught me because I thought he was the best,” says Victor.

But over the years, Victor has seen less and less salmon in the river, and now higher prices and tougher restrictions are making it harder for him to earn a living.

While the federal department is allowing certain salmon fishing for ceremonial purposes, such as funerals, there are many ceremonies that will not be able to happen, like First Salmon ceremonies.

The department says these measures are critical to protecting the endangered Chinook population. According to the department, spawning numbers are now as low as 50 adults per year for Chinook in the area. DFO also wants to protect Chinook to provide prey for the endangered southern resident killer whales.

While the regulations aim to protect salmon and whales for the long-term, they have consequences for people like Victor, whose livelihoods and ways of life depend on access to fish in the Fraser River.

“Last year, I had literally no fish at all,” he says, citing short supply and high prices.

In the past, his stepbrother and nephew have given him fish to smoke through the winter. Last year, two friends sold him fish at a lower price.

“Because they’re such good friends, they took a loss on their sales,” he said. “They knew how much I relied on it and needed it… They are literally life savers.”

Victor says First Nations are facing too many regulations given that commercial fishing contributed more to depleting the populations.

Recreational fishing of Chinook can’t take place in the Fraser River until late August. Chinook non-retention and retention are currently allowed in different areas of Vancouver Island, and retention is still allowed in northern B.C.

Commercial troll fisheries for Chinook won’t open until August 1 off the coast of Vancouver Island, and August 20 in northern B.C..

Victor says salmon was once so abundant, there would be three or four fish barbeques in the community every weekend throughout summer.

“There’s people that will never, ever have that,” he says. “Now, if I put a fish on the rack, the whole neighbourhood is like, ‘wow, look, he has a fish, wow….’ In the old days, it was so common.”

The depletion of salmon has also meant Victor can’t give away salmon as he has always done.

Not only would he host salmon barbeques, he likes to send smoked fish home with visitors. But now, he’s losing his ability to follow these traditions.

“This was the first year I started bagging smaller bags to give away. And I felt terrible doing it… But I can’t help it, because I’m sort of retired and I’m living off what I sell.”

Over the past few decades, salmon populations have plummeted

In December, the Committee on the Status of Endangered Wildlife in Canada reported that nearly half of B.C.’s Chinook salmon populations are in decline.

The Chinook population migrates between the coasts of Washington, B.C. and Alaska. According to the United States Environmental Protection Agency, the population in the Salish Sea decreased 60 per cent between 1984 and 2010.

Jonathan Wilkinson, the federal minister responsible for fisheries, oceans and the Canadian Coast Guard, said that despite the hardships the restrictions may cause, they’re essential to protect Chinook populations.

“If I knowingly put the Fraser River runs on a path to extinction, I simply wouldn’t be doing my job,” he said in an interview with National Observer.

Wilkinson said he understands the impact on people’s livelihoods. His father owned a fishing camp and Wilkinson worked as a fishing guide. 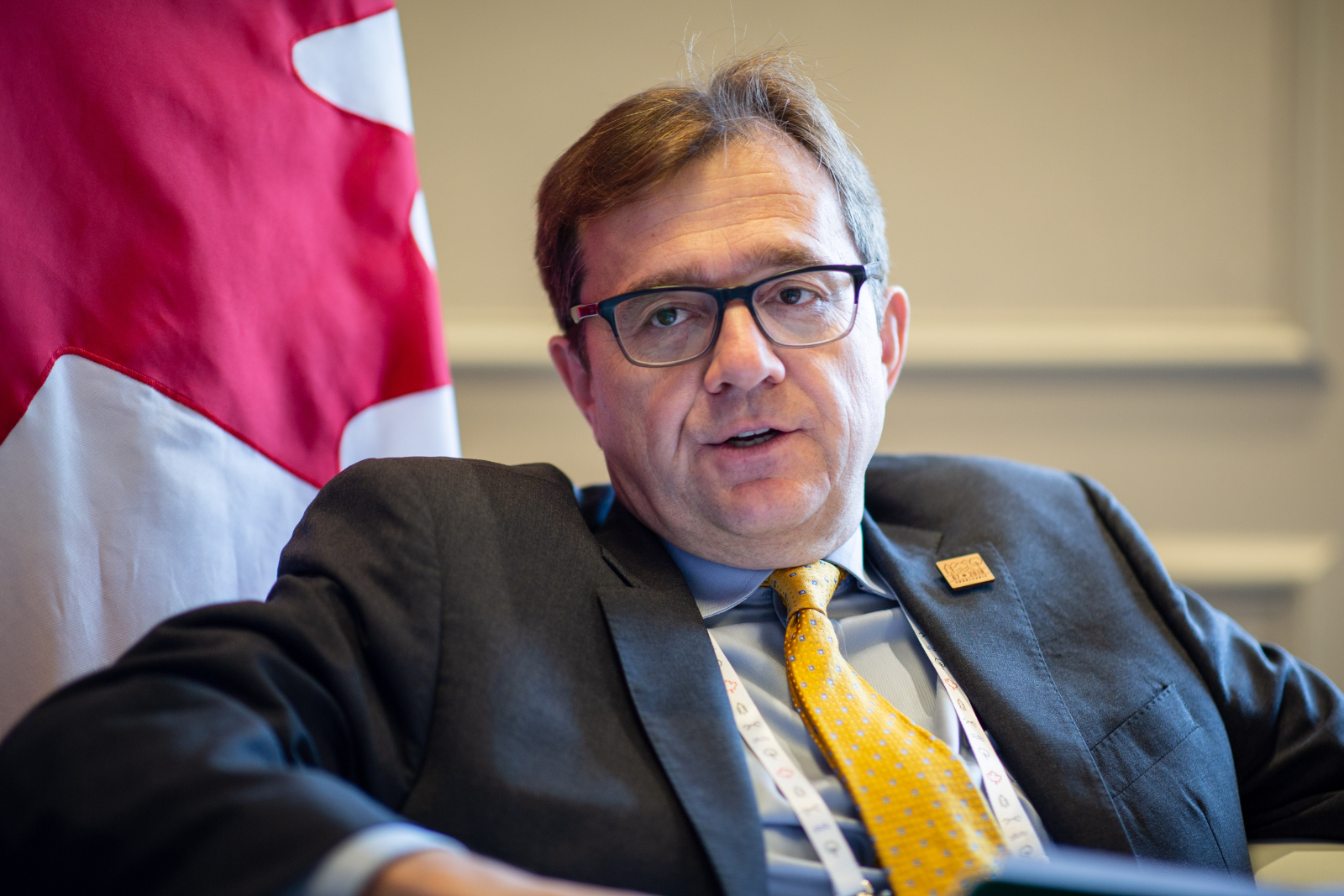 In November 2018, DFO declined to issue an emergency order to protect southern resident killer whales, disappointing several environmental groups. An emergency order would allow the government to prohibit activities that adversely affect a species at risk, like whale-watching or vessel traffic.

He also said a unilateral emergency order wouldn’t include Washington state or First Nations in decision-making.

“It’s important for us in this context to ensure we are respecting the consultation requirements that we have with respect to First Nations, and bringing in an emergency order simply would not have allowed us to ensure that we had undertaken the kind of consultations we are constitutionally required to do,” he said.

On May 14, 2019, Wilkinson announced measures to protect southern resident killer whales that enforces restrictions such as mandating larger distances between ships and whales, and creating sanctuary zones.

Wilkinson said measures to protect the Chinook and whales were made in consultation with First Nations, and he saw wide support for the regulations.

Despite Wilkinson’s concern with constitutional obligations, Victor says these restrictions infringe on the constitutional right of Indigenous Peoples to have access to fishing.

“It’s their own rule, or law — we’re second to conservation,” he said, referring to the 1990 R v. Sparrow case. In a case brought forward by Musqueam fisherman Ronald Sparrow, the Supreme Court of Canada recognized social and ceremonial purposes for fishing beyond food fishing. The case also found conservation was the only justifiable reason to infringe on Indigenous fishing rights.

Victor says to properly maintain that right, commercial and recreational fishing should be stopped completely until Chinook populations recover.

Murray Ned, councillor for the Sumas First Nation, agrees that the restrictions infringe on the constitutional rights of Indigenous Peoples.

Though commercial fishing is restricted, recreational catch-and-release of Chinook is permitted in some marine fisheries around Vancouver Island until July 14. From then on, First Nations fisheries are permitted, and restricted recreational fishing will be allowed. But Ned says catch-and-release will still have an impact on Chinook before they make it to the Fraser River.

Murray says the restrictions have also delayed traditional First Salmon ceremonies, which typically take place in February, until April or May. It also means the ceremonies are no longer actually welcoming the first salmon to arrive back in the river after their life in the ocean.

Both of Murray’s sons have birthdays in April.

“We’ve always had enough access that we can celebrate with a fish on their birthdays. This is one of those years we won’t be able to do that,” he said.

Ned says the social and ceremonial losses are irreplaceable.

Ned also said consultation was inadequate, with DFO not providing all the data and information the Sumas Nation requested.

“The only thing that remains open is a catch-and-release fishery for Chinook. So, there is no retention fishery,” he said.

But Murray says there is still mortality associated with catch-and-release.

“Not all of those fish will be Fraser-bound. Of course there’s some going down the southern coast, there might be some going to other islands and coastal waters. But if they catch one fish that’s Fraser-bound, that’s enough. You compromise the constitutional priority, in my mind.”

As for how to adapt to the restrictions, Ned lists three options. First, to do nothing. Second, he says people can take direct action, and go on the water to fish and perform ceremony.

The third way forward may be legal action, challenging the DFO restrictions on the basis of constitutional priority.

Ned says that recreational fisheries can present costs for boats, gas, tours and hotels that show the economic value of their industry. Going forward, he says First Nations should work together to lay out the socioeconomic values of fishing for their communities.

“I can tell you, our value on the fish is much more than any recreational or commercial fish they catch,” he said.

Victor says that to uphold constitutional priority, DFO shouldn’t allow any fisheries, catch-and-release or otherwise, until after Indigenous fisheries have theirs.

He also says that Canada should consider giving control of commercial fishing to Indigenous Peoples, who have fished the same populations for millennia.

Plus, he argues, this would bring things full circle.

“When the Europeans first came here... they were hiring the natives to catch fish."

“We were the first commercial fishermen.”