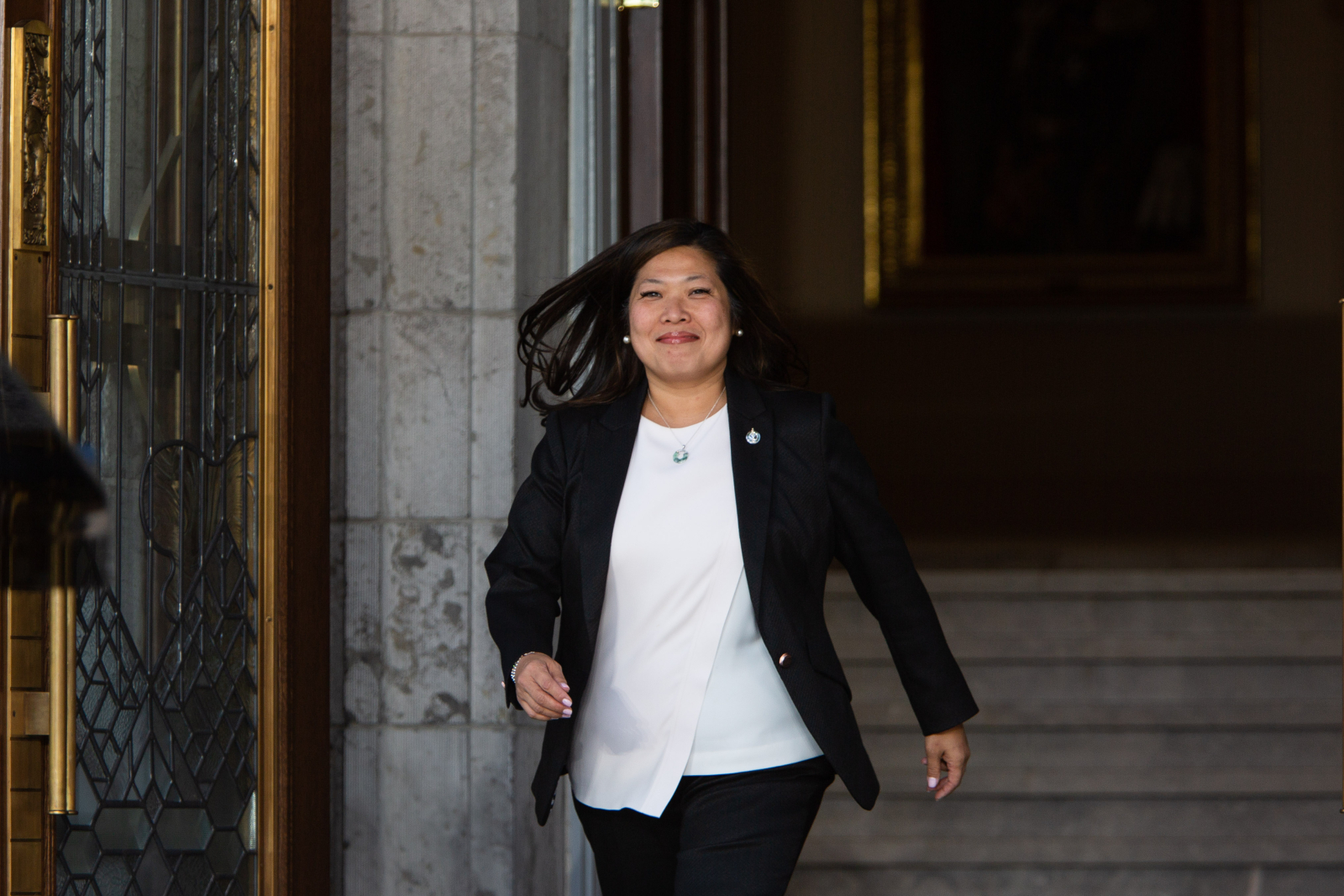 Federal Minister of Small Business and Export Promotion Mary Ng walks outside Rideau Hall in Ottawa on July 18, 2018 after being sworn in to cabinet. File photo by Alex Tétreault
Previous story

The Trudeau government has added $10 million in direct federal investments in companies owned and led by women, after receiving a flood of applications for funding last year.

Minister of Small Business and Export Promotion Mary Ng announced the new funding in Vancouver on Wednesday at Women Deliver, the world's largest conference on women's rights, which happens every three years.

The funds are part of Ottawa's $2-billion Women Entrepreneurship Strategy, first introduced with the 2018 federal budget. Among its goals is doubling the number of women who own businesses in Canada by 2025. According to StatCan, men are majority owners in over a million Canadian enterprises, while women own 309,000 small- and medium-sized businesses.

Previously, Ottawa allocated $20 million in direct investment to provide more than 200 women-owned companies with up to $100,000 each over the next two years. The latest $10 million pledge brings Ottawa’s total to $30 million in direct investment for women-owned businesses. The goal is to help women accelerate the growth of their preexisting businesses, including getting them export ready.

"Some of them are accelerating their growth by taking their company and growing into the international marketplace," said Ng in an interview with National Observer. She added that the direct funding will flow fairly quickly, once contribution agreements are settled between Ottawa and the business owners.

The first recipients of direct investments were revealed in March. Since then, investments have been made in nearly 100 companies, including 15 based in B.C. announced today. They represent a diversity of sectors, from food and agriculture to autonomous vehicles.

Ng said Ottawa added the $10 million in funding in response to the high volume of proposals received during a competitive process in fall 2018, which garnered more than 3,000 applications. Of the new funds, Ottawa has earmarked $2.5 million in direct investment for proposals submitted by Indigenous women.

The 2018 budget also allocated $85 million over the next five years to create "ecosystems" for women entrepreneurs. This approach aims to support women entrepreneurs comprehensively, from direct investment and debt financing to improving women's access to networks, mentorship, and supply chains.

Ng also announced up to $4.6 million for three B.C. organizations through the ecosystem fund. She said that each of these organizations are working to help close existing gaps for women in entrepreneurship.

According to Ng, the Groundswell Education Society will help underserved and underrepresented female entrepreneurs, while the non-profit service agency S.U.C.C.E.S.S., originally an immigrant settlement service organization, will help women entrepreneurs who are new to Canada.

The Women’s Enterprise Centre received $2.7 million, the largest infusion of so-called ecosystem funds from Ottawa. This non-profit would use the money to create a new mentorship program and expand its services, which focus on helping B.C. women launch and grow their own businesses.

"With everything I am doing there is a rural lens," said Ng, noting that women entrepreneurs in rural and remote communities have received direct investment through the Women Entrepreneurship Fund.

Canada's minister for women and gender equality, Maryam Monsef, was also in Vancouver for Women Deliver. Earlier this week, she announced the creation of the Equality Fund, an initiative that aims to become a sustainable and perpetual model for funding women's rights organizations in Canada and globally. The new fund brings together 11 organizations from across the philanthropic, financial, and non-profit sectors.

"The whole point of the Equality Fund is to create a self-sustaining funding mechanism … These dollars are going to grow,” Monsef told the Canadian Press.

The purpose of the fund and its partners is "to ensure that funding flows to those organizations on the ground who are doing great work on shoestring budgets," Monsef added.

The federal government has invested up to $300 million through the Equality Fund specifically for women's organizations in the developing world. Monsef said the money would be distributed through local community groups working on a range of initiatives, from campaigns against gender-based violence to improving women's economic security and helping women advance in leadership positions.

In addition to the federal government's contribution, the Equality Fund has already raised $100 million to be doled out through its partners. Ottawa’s contribution is for women in developing countries, but the fund as a whole is intended to support women’s organizations both in Canada and globally.

Prime Minister Justin Trudeau also announced new investments in women's and girls' health globally. Ottawa will increase its international funding to $1.4 billion annually in 2023, up from $1.1 billion now, with a focus on funding for sexual and reproductive rights. Trudeau said Canada must be a leader in advocating for women's rights, including abortion rights.

Later, in a press conference, Trudeau identified pay equity as one area where Canada continues to fall short on gender equality.

Frankly it didn't impress me.

Frankly it didn't impress me. Affirmative action type programs never have. I don't see why young women should be given more funding by the government to start new businesses then young men. At least not with much better justification than these ministers are giving in their public announcements which are essentially virtue signaling. It's bad public policy.to use the old cliche two wrongs don't make a right and just because men may have previously being favored doesn't mean women should be now.