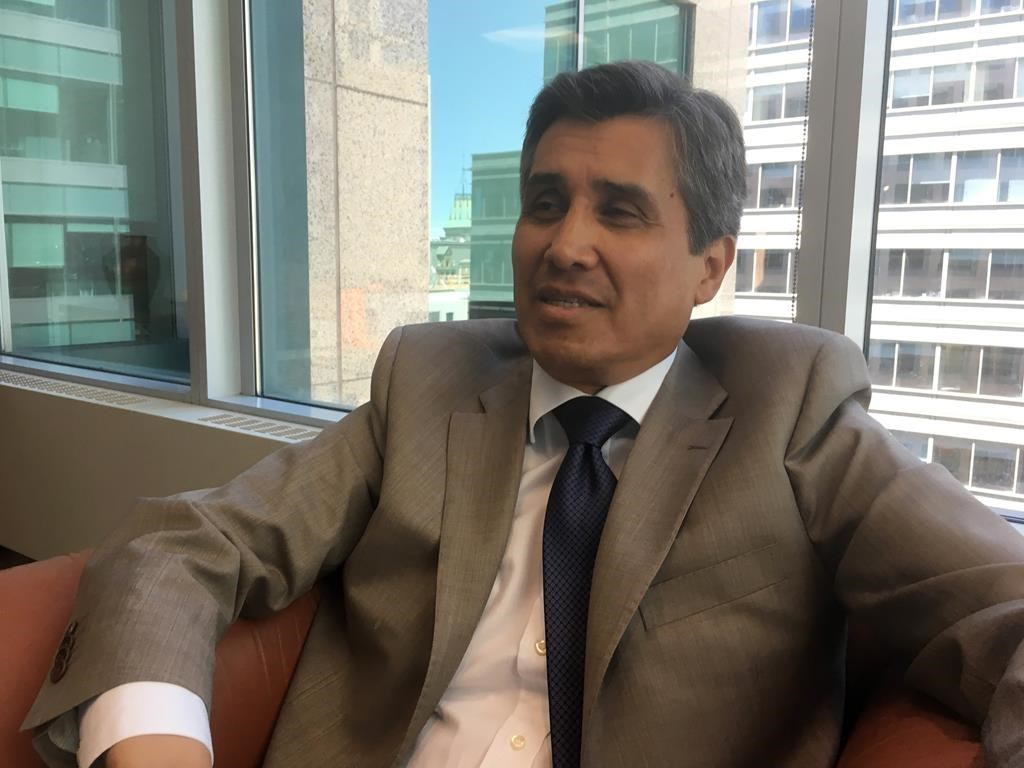 Mexico's ambassador to Canada says his country will formally ratify the new North American trade deal within the next two weeks after having overcome its latest tariff drama with the United States by then.

Both houses of Mexico's Congress have approved a new law on much-promised labour reform that was seen in all three countries as a prerequisite for moving forward with the deal. Now, only the upper chamber, the Senate, needs to approve the ratification of the new trade deal, and that will happen June 18 or 19, Ambassador Juan Jose Gomez Camacho said in an interview Thursday.

The prediction aligns Mexico with Canada's own legislative calendar. Canada's House of Commons is set to break in the next two weeks, potentially closing Ottawa's ratification window until after the October federal election. Gomez Camacho said Mexico's Senate is sitting in an "extraordinary session" outside its regular schedule to finally put the bed the contentious trade issue that has hovered over the continent since President Donald Trump's arrival in the White House.

"We need to close successfully the NAFTA chapter to bring back full certainty. All these negotiations that finally, happily concluded successfully naturally created uncertainty and question marks on the part of investors, and those that are part of this integrated value chain," Gomez Camacho said.

"They had longer-term investment plans but they needed to see what was going to happen with NAFTA. We really need to close that and go back to full certainty."

American and Mexican officials held a second day of talks Thursday in an attempt to avert a fresh round of tariffs Trump is threatening on Mexican goods. Trump is promising a five-per-cent levy on all Mexican imports that would go into effect on Monday as part of an effort to force Mexico to stop the flow of Central American migrants to the southern border of the United States.

The latest tariff tussle could derail the new the U.S.-Mexico-Canada Agreement, which Trump forced because he views the current NAFTA as one of the worst trade deals in his country's history.

The new deal must be approved by the legislatures of all three countries for it to enter into force.

Gomez Camacho said he is confident Mexico and the U.S. will reach a deal by Monday's deadline. He also refused to speculate on what Mexico would do if that doesn't happen and if the U.S. imposes a new round of tariffs.

"We'll see what happens," Trump told reporters in Ireland before leaving for France to attend D-Day commemorations. "But something pretty dramatic could happen. We've told Mexico the tariffs go on. And I mean it, too. And I'm very happy with it."

"The Mexican government has indicated that the tariffs, or these threats of tariffs, by the American administration towards them will not interfere with their ratification process, and we will take them at their word," Trudeau told reporters on France's Normandy coast, where he was also attending the D-Day events Thursday.

Like Canada, Mexico tabled its ratification legislation last week after the U.S. removed its punitive tariffs on steel and aluminum imports from their countries. Both Gomez Camacho and Trudeau said separately that the recent lifting of those tariffs was the last barrier to moving forward with ratification.

Gomez Camacho said that like Canada and the U.S., Mexico considers the deal closed despite calls from some U.S. Democrats to strengthen its labour provisions.

Mexican Foreign Secretary Marcelo Ebrard held meetings with U.S. House Speaker Nancy Pelosi, the most powerful Democrat in Congress, earlier this week and Washington and he emerged reassured that she and her fellow Democrats are satisfied with Mexico's new labour commitment, said Gomez Camacho.

With Trump's new tariff threats, new NAFTA once again hangs in the balance