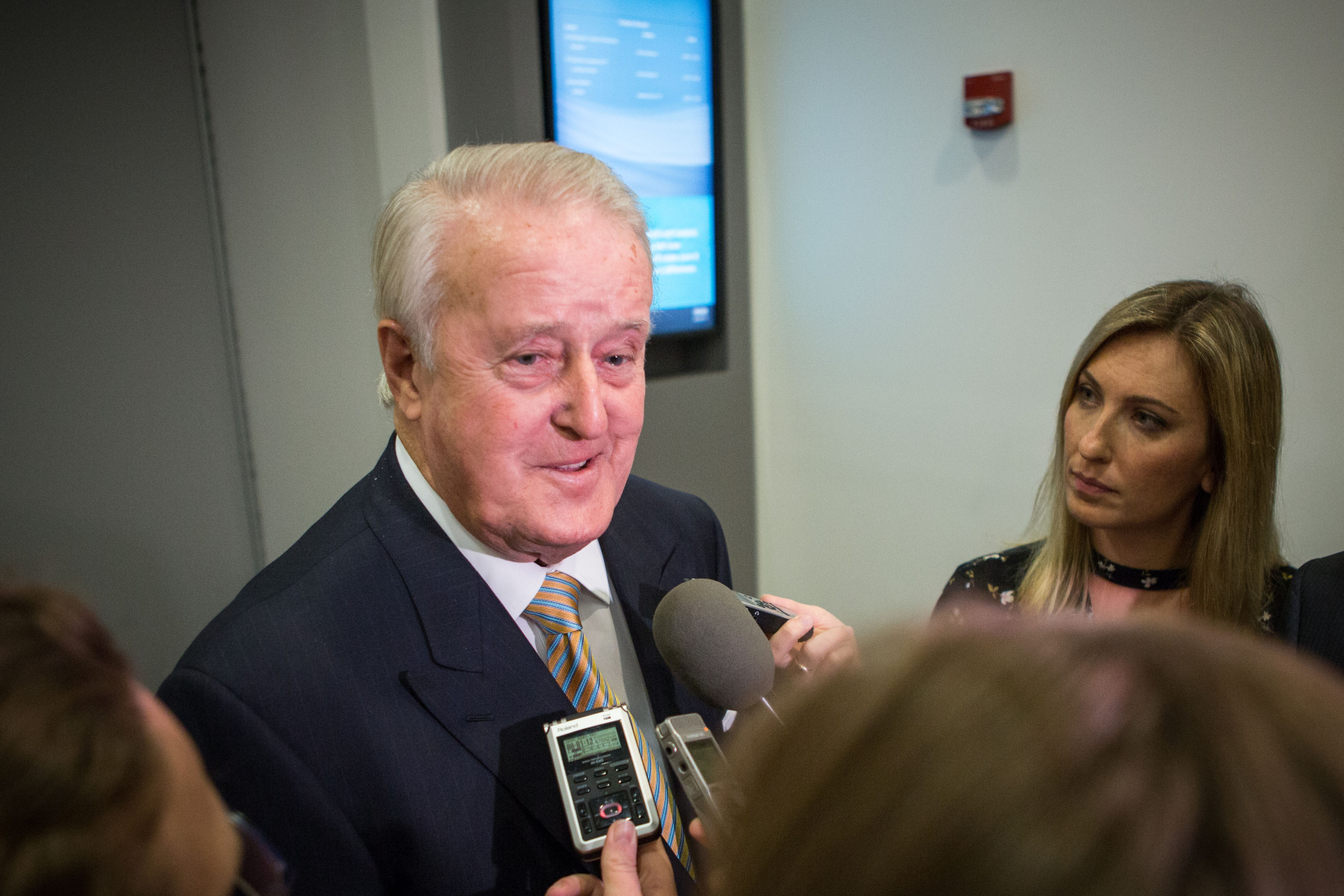 "What they might want to do is take a look at sending over someone like Jean Chretien, who has a lot of respect of the Chinese," Mulroney told The Canadian Press.

Mulroney said the former Liberal prime minister should be accompanied by another well-placed Canadian: Chretien's son-in-law Andre Desmarais, the deputy chairman and co-CEO of Montreal's Power Corporation. Desmarais is also the honorary chairman of the Canada-China Business Council.

Desmarais "is held in extremely high regard by the Chinese and probably knows more about China than any other living Canadian that's not in public life," said Mulroney.

"You could put a delegation together led by former prime minister Chretien and a few others, but mostly Chretien and Andy Desmarais, and go over there and sit down with people Jean has grown up with in politics, who hold senior positions, leadership positions, in the government of Chinaand say, 'Hey, let's get this done,' " said Mulroney.

Ex-diplomat Michael Kovrig and entrepreneur Michael Spavor are under arrest in China facing allegations of espionage and endangering national security. Their imprisonment has sparked international condemnation that their detention is arbitrary, but China has rebuffed the government's many attempts to engage on the issue.

Many see their imprisonment as retribution for Canada's decision to arrest Chinese high-tech scion Meng Wangzhou on an extradition request from the U.S. China has also barred some Canadian canola shipments and is cracking down on other agricultural exports.

Rumours of such a delegation of special Canadian envoys to China have been circulating in Ottawa, but so far it hasn't happened.

"This is not the first time we've been asked the question, but we don't have any announcements planned or decisions planned in the near future," said Prime Minister Justin Trudeau's spokesman Cameron Ahmad.

A Power Corp. spokesman said Desmarais declined to comment, while a spokesman for Chretien did not return a request for comment.

Mulroney has also advised the current Liberal government on the renegotiation of the North American Free Trade Agreement. The former Progressive Conservative leader was granted unprecedented access to a Liberal cabinet meeting to advise on how to deal with President Donald Trump — a neighbour Mulroney befriended in their Florida vacation communities.

But in terms of who has the ear of China, Mulroney deferred to his one-time political opponent who, clashed with him as the leader of the official Opposition in the early 1990s.

During his 10 years as prime minister, Chretien made half a dozen trips to China. He rebooted Canadian relations with the People's Republic after a long pause following the 1989 Tiananmen Square massacre, which saw the Chinese military kill hundreds, perhaps thousands, of unarmed student protesters.

In his post-political life, Chretien has remained actively engaged on China-related issues in his work with the law firm Dentons. His frequents visits to China occasionally garner headlines, including an April 2016 visit when he met with Chinese Premier Li Keqiang.

Power Corp. has had ties with China's largest business conglomerate dating back to the mid-1980s, when Mulroney was in power in Canada.

China AMC is an affiliate of CITIC Group Corporation Ltd., which is "China's largest conglomerate, with which Power Corporation has had an association since 1986," said a company statement.

Mackenzie Investments, an indirect subsidiary of Power, also completed a 13.9-per-cent acquisition in China AMC in separate transactions in late 2016 and early 2017.

Mulroney acknowledged that his suggestion has echoes of the 2009 visit that former U.S. president Bill Clinton made to North Korea, where he was able to secure the release of two imprisoned journalists. He suggested there might be a lesson for Canada in how the U.S. sometimes taps its ex-presidents for delicate diplomacy.

"They know how to use their former leaders."