Canada's treatment of Indigenous women not a 'genocide': Andrew Scheer 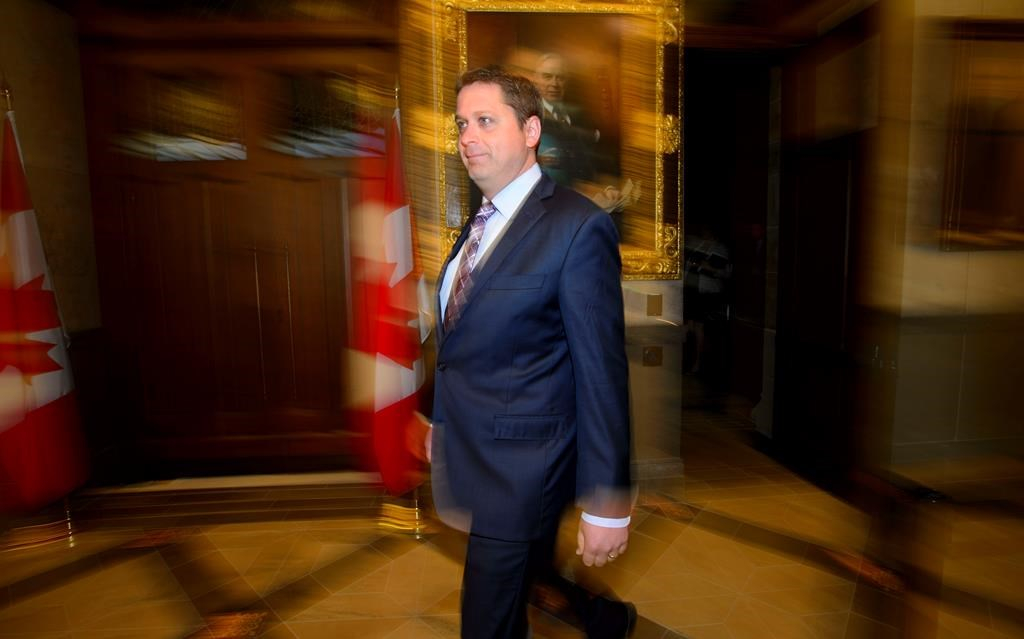 Conservative Leader Andrew Scheer makes his way to a media availability in the foyer of the House of Commons on Parliament Hill, in Ottawa on Monday, June 10, 2019. Photo by The Canadian Press/Sean Kilpatrick
Previous story
Next story

Speaking on Parliament Hill, Scheer says the deaths and abuse inflicted on Indigenous women are "heartbreaking" and need addressing, but calling them a genocide would mean inviting international action and scrutiny that aren't warranted.

The federal inquiry into missing and murdered Indigenous women and girls released its final report a week ago.

Commissioners included a long separate argument for why Canada's "series of actions and omissions" have allowed Indigenous women to be targeted in numerous ways that add up to what they called an ongoing genocide.

Prime Minister Justin Trudeau has not directly answered questions about whether he agrees with that, though he has said he accepts the findings of the report.

After the report was released, the secretary general of the Organization of American States said he wanted to form an international panel to investigate the claim and achieve justice.

Technically. genocide is probably incorrect - it could more accurately be described as femicide that has grown out of generations of wilful, hostile actions against indigenous peoples in order to take possession of land they had previously occupied. This is classic usurpation by conquerers/colonizers and was spectacularly successful throughout the Americas through the transmission of European diseases for which the indigenous population had never developed defensive antibodies.

THAT was the real genocide, its scope and scale breathtaking in the annals of recorded human history. It may have begun as an inadvertant consequence of first contact but there are known records of Europeans, once they had understood the ease with which they could destroy the indigenous people, taking positive steps to spread infection by distributing infected blankets among the native populations. Settlers provided the spark and the contagions spread like wildfire.

Having largely destroyed the indigenous societies it was easy to complete the demoralization and the defrauding through the liberal application of poisonous alcohol.

The estimates of indigenous Americans killed by the scourge are still being refined. But recently ecological studies of the consequences of this monumental de-population of the Americas has offered this literally chilling idea. In the centuries following the extermination of Native American human settlement, formerly cleared lands reverted to forest cover and this sequestered so much carbon that it plunged the planet into a mini-ice age. The gradual re-clearing of the land by colonizers, the growth of wood burning and then fossil fuel burning has reversed that mini-ice age with a vengeance.

It would be supremely dishonest for modern Canadians, now that the words and actions of founding father colonizers have deen disinterred from our archives; to try to deny that British North American policy, initiated by the mercantile colonizers from Europe was both overtly and covertly determined to destroy the "savage" society with even more savage policies and practices intended to complete the jubjugation and eventual erasure of the indigenous presence. Such policies and practices are alive and active still, throughout South, Central and North America with many people as determined as their forbears to complete the annihilation.

The MMIW problem is merely another link in the lengthy chain of European cultural/societal oppression. Now, for the first time in centuries, the White establishment in the Americas faces a serious challenge to its hegemony and it is in full blown panic/retaliation mode.