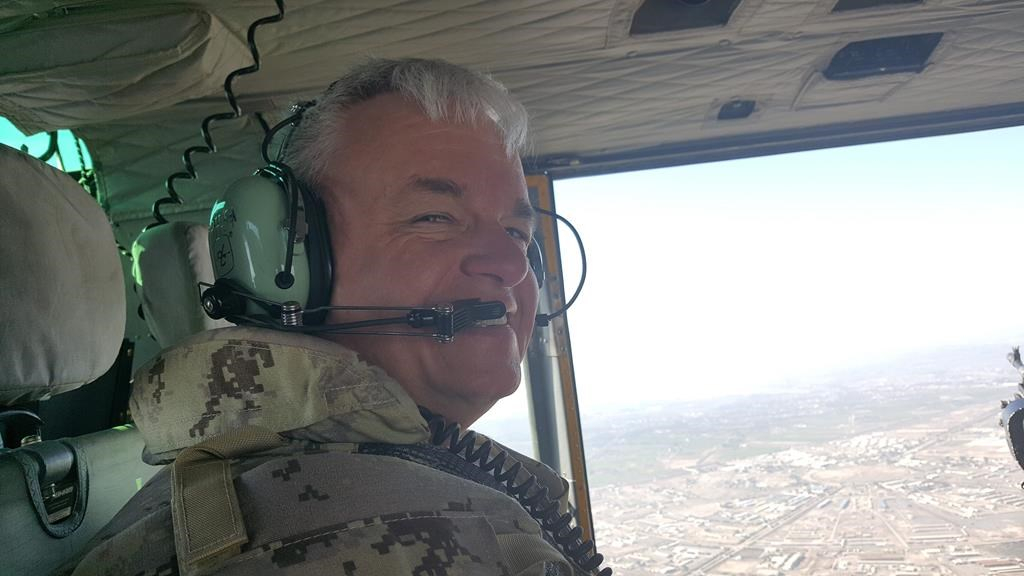 Canada's former commander in Iraq says the Islamic State may have been defeated on the battlefield, but the militant group remains alive and well as an insurgency and could still wield strong influence in the war-torn region.

From June 2018 until last month, Brig.-Gen. Colin Keiver served as commander of Joint Task Force Impact, responsible for the Canadian Armed Forces counter-Daesh mission in the Middle East. Daesh is the Arabic acronym for the Islamic State.

"Daesh or ISIS in Iraq or northeast Syria has been defeated in the sense that they are no longer a quasi-state," said Keiver in an interview with The Canadian Press.

"They no longer hold any ground, but they are absolutely still alive and well in the background ... seeking to expand their influence and undermine the governments of Iraq and other nations."

Keiver points to the growth of the Daesh ideology in the Pacific, in Indonesia and in Mali. He said these aren't individuals who have fled Iraq.

"This ideology resonates with certain people for certain reasons, and they latch onto it and they use it as a means to push their agenda and ... the terrorism they're doing," he said.

"The ideology has in no way at all been defeated. We are a long ways away from the complete elimination of violent extremist organizations in the world."

The Iraqi government has been criticized for failing to provide basic services such as water and electricity to its citizens and for not cracking down on widespread corruption and discrimination against certain ethnic groups.

Those factors were cited as key contributors to the rise of the Islamic State in 2014. The group used the grievances to gather support and take control of large swaths of territory.

Keiver said Iraq has progressed to a point where security has improved enough that the government can start focusing on improving basic services. But he notes Iraqis won't be patient for long.

"It's bought them time and now with that time they need to act in other areas. It is now very much up to the government of Iraq to come together in peace now and start making things happen in the same way they came together in 2014 to defeat Daesh," he said.

"Summer will be a test for them ... How will the government of Iraq react to protests if they happen."

The Canadian military contingent includes 850 troops spread out across the region. Among them are military trainers, special-forces soldiers and medical personnel in Iraq, trainers in Jordan and Lebanon, and crews with transport planes in Kuwait.

The federal government recently extended the mission to March 2021. Keiver said he has no idea what Canada's role in the future will be, but he predicts Iraq is going to require ongoing international assistance for the foreseeable future.

"It's a safe assumption to state that there will be a continuing requirement for assistance in these areas and areas we haven't even thought of yet," Keiver said.

"When will we leave Iraq? I don't know. All I know is that it was the government of Iraq that asked us for help and we responded to that need."