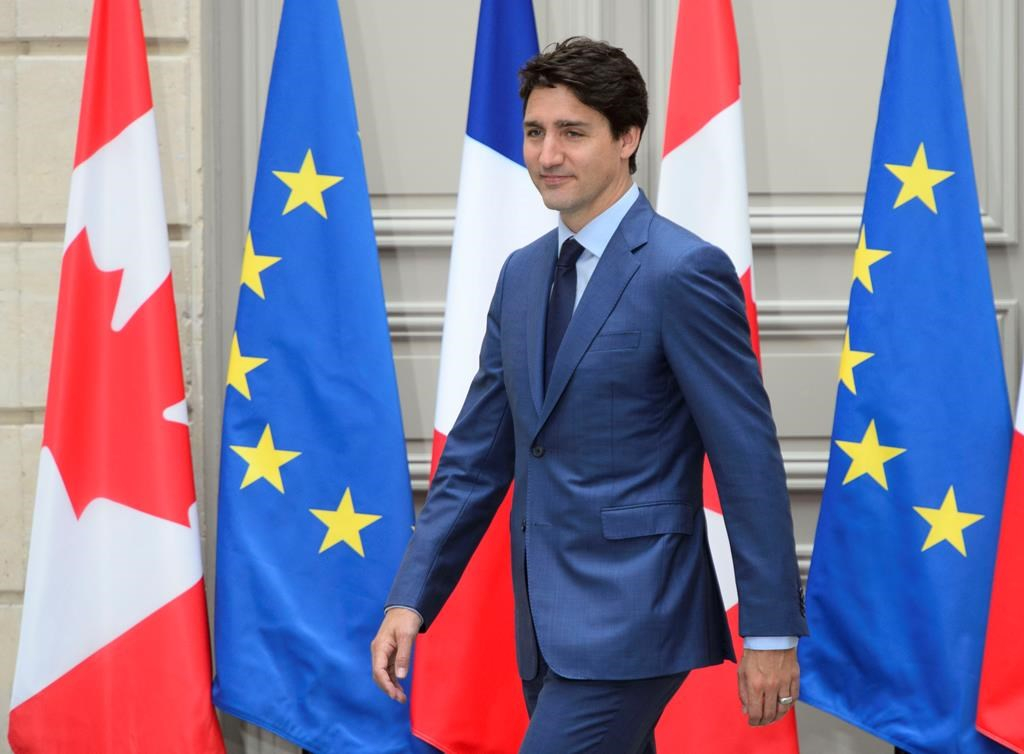 Speaking at a press conference Friday with French President Emmanuel Macron, Trudeau used his toughest language yet over the Chinese government's decision to reject Canadian canola on the grounds that inspectors have found pests in it.

Trudeau calls the decision to block canola imports "unjustified" and part of a wider diplomatic row between the two countries.

He suggests the Chinese might do something similar to block other Canadian exports.

Canada-China relations have deteriorated since December, when the RCMP arrested Huawei senior executive Meng Wanzhou in Vancouver at the behest of the United States.

China was outraged by Meng's arrest and has since detained two Canadians on allegations of espionage and sentenced two other Canadians to death on drug-related convictions.

"We are having significant political difficulties right now with China because of the two Canadians who have been arbitrarily detained and their unjustified decisions on canola, which is the best in the world and the cleanest in the world, and they're inventing excuses around that to block canola and perhaps next steps as well."

Trudeau says the government continues to "engage in diplomatic measures" with China, but has yet to decide whether to seek a face-to-face meeting with Chinese President Xi Jinping at a G20 leaders' meeting at the end of the month in Japan.

Huawei is also at the centre of a decision the Liberals have yet to make about which companies will be allowed to supply technology for Canada's next generation of wireless networks.

Blocking Huawei from competing for the right to sell its products to companies building "5G" networks, as the United States and other Canadian allies have done, could further enrage the Chinese government.

Trudeau says that decision will be made based on what gives Canadians access to the best technology while also keeping their data safe.

"It's not about politics. It's very much about listening to the experts in Canada and elsewhere," he said.