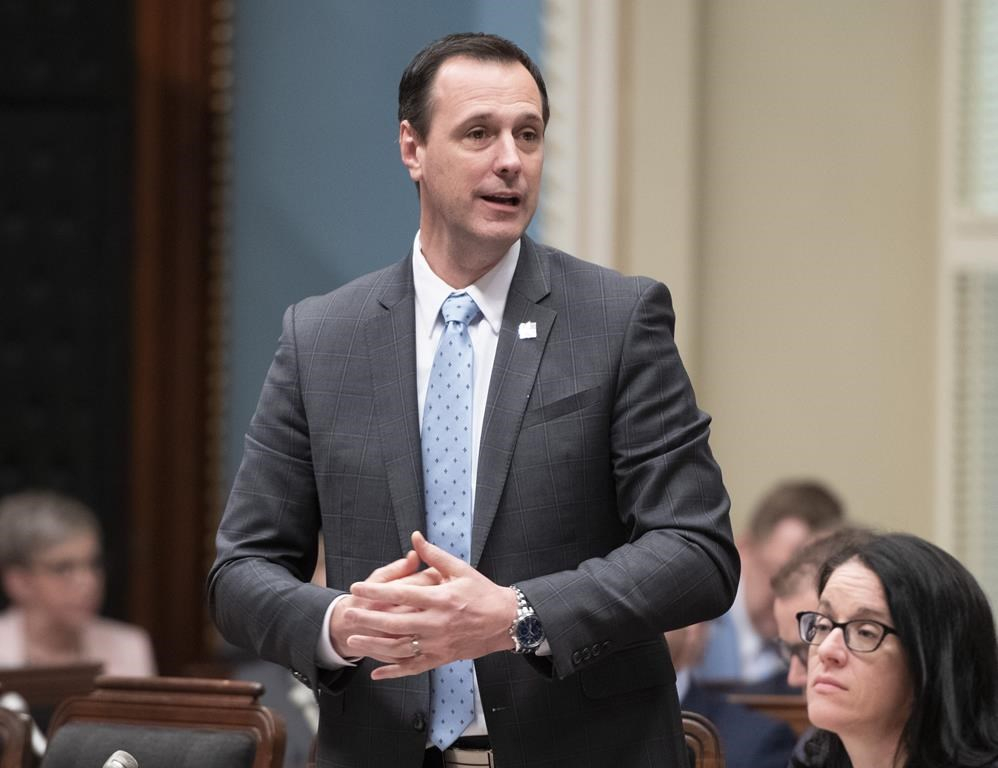 Quebec Education Minister Jean-Francois Roberge responds to the opposition during question period on Wednesday, June 5, 2019 at the legislature in Quebec City. File photo by The Canadian Press/Jacques Boissinot
Previous story
Next story

Quebec's education minister says he'll issue a decree to transfer three English schools in Montreal to an overcrowded French board.

Jean-Francois Roberge told Montreal's 98.5 FM that he plans to trigger the decree today but remains open to any last-minute proposals to avoid the forced transfer.

Last month, Roberge set a June 10 deadline for the English Montreal School Board to reach an agreement with the Commission scolaire de la Pointe-de-l'Ile or see the three schools transferred effective next September.

The English board has proposed a number of alternatives, including sharing the schools with the French board, but it was unable to reach a deal with its French counterparts.

While the English schools have been dealing with dwindling enrolment, the east-end board is short 3,000 spaces.

Roberge said cohabitation could have been a short-term solution but worried that shared schools would impede the ability of new arrivals to Quebec to learn French.

The minister says he would have preferred a negotiated resolution but doesn't see how he can get around transferring the three northeastern Montreal schools: General Vanier and Gerald McShane elementary schools as well as John Paul I, a high school.