Concordia withheld the results of her sexual-misconduct complaint. She wants them 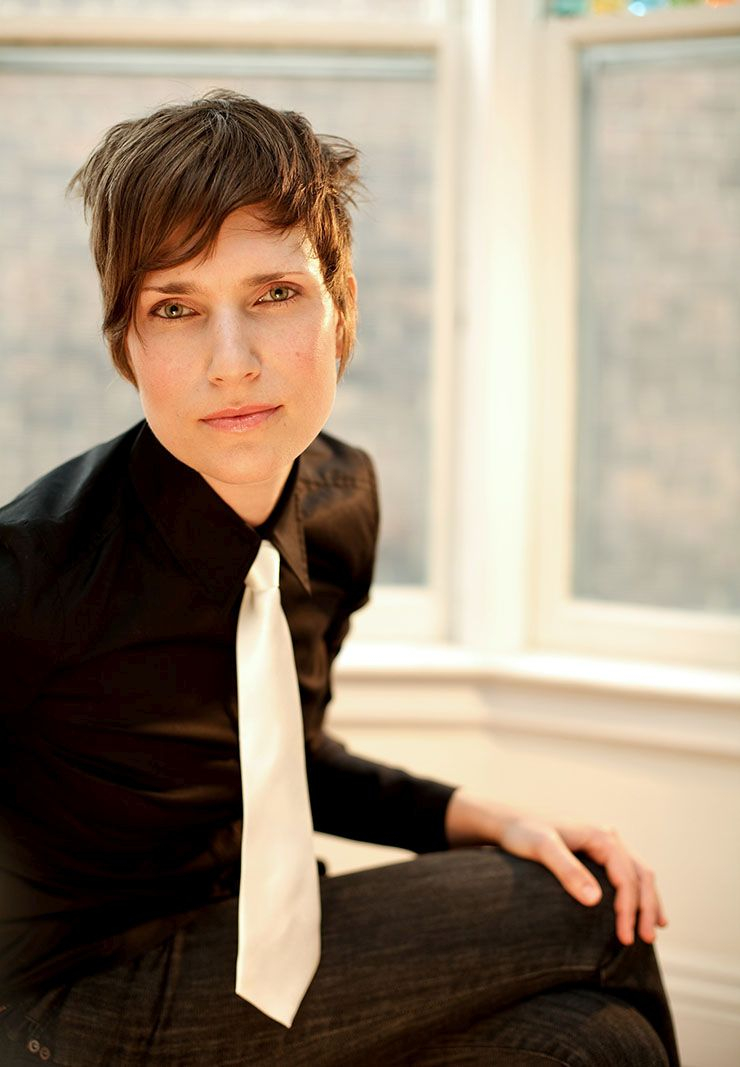 Author Ibi Kazlik was denied the results of an investigation into her complaint of sexual misconduct by a Concordia professor. Handout photo
Previous story
Next story

When former Concordia student Mike Spry released an essay about the abuse of power by his school's English department, the school raced to make amends and create a safer environment on campus.

In January 2018 the administration announced investigations would be launched into claims against professors, and encouraged the community to contact their Office of Rights and Responsibilities with complaints. The same semester they set up a task force on sexual misconduct to respond to students’ concerns.

One of the women who stepped forward was Toronto novelist Ibi Kaslik, another former student who said she was sexually harassed in the 1990s. She was interviewed at length by a labour lawyer about the allegations.

What she didn’t know was the university would withhold every part of the investigation from her.

Under Concordia’s policies, anyone who files a complaint of sexual misconduct against a professor is not told whether their complaint is considered founded or not.

This is contrary to guidelines set by the Quebec government that student complainants be informed of the conclusions of an investigation. The guidelines came with the enforcement of a Quebec law to prevent and fight sexual violence in higher education institutions.

In response to criticisms, Concordia has said Quebec privacy laws force them to withhold the details of any investigation they launch into professors.

Quebec privacy law does prevent universities from telling student complainants what sanctions — if any — are taken against a professor. The law does not, however, prevent the university from saying whether the complaint was deemed founded.

A National Observer survey of 16 universities across Quebec shows Concordia is the only university in the province that does not inform students whether their claim against a professor was considered founded.

National Observer also found there are discrepancies in how universities interpret privacy legislation.

While some, provide reports to students with details about the findings of the investigation, others deem this information confidential. Others only share these kinds of reports if an access to information request is made.

Some universities are more open about reprimands taken against professors.

HEC Montréal and Université de Montréal will disclose to complainants whether there was a sanction against the professor, though the “nature of the sanction” isn’t disclosed. Bishop’s University in Sherbrooke, on the other hand, discloses the sanction recommended as long as both parties sign a confidentiality agreement.

‘Any information I got, it wasn’t from Concordia’

It was an enduring process for Kaslik, who only heard about updates through secondary sources.

She studied in the creative writing program between 1993 and 2000. More than a year after her January 2018 complaint, Kaslik finally got in contact with the university at the end of January 2019, only to learn the findings and outcome of the investigation could not be disclosed.

“Any information I got, it wasn’t from Concordia,” she told National Observer.

She learned from a CBC reporter a few weeks later that the professor had been “completely exonerated” in September 2018. The CBC had been told by the professor’s lawyer.

“They said they were going to be held accountable by doing the investigation, so the assumption is transparency,” said Kaslik. “Why start a process like this if you’re not going to share the results with the people who are involved with it?”

The Concordia Association for Students in English quickly condemned the “mishandling” of her complaint.

“This end result is all too common,” they wrote. “The complaint system at Concordia, and the legislation that supports its silence, is broken.”

Kaslik is not alone. No students or alumni who filed formal complaints towards professors in response to the university’s call-out in January would have received any details about the results of their investigations either.

A third-party review, performed by the Honourable Justice Pierrette Rayle, a retired Quebec Court of Appeal judge, with SPB Organizational Psychology, has since confirmed “an unhealthy climate” existed in the English department. It reported certain faculty members had, over time, committed sexual misconduct ranging from unwanted advances to sexual assault.

“It’s a process that’s pretty standard,” she told the student newspaper, The Link.

When told other universities do not interpret the privacy law that way, Ostiguy told National Observer in a May 23 interview that she empathizes with the community’s frustration.

“We’re going to be talking with other universities on best practices and what as a collective group we can look at together as to how we approach things,” she said. “We’re always looking at the best way to support our students and making sure that they feel safe.”

Ostiguy chaired Concordia’s task force on sexual misconduct and violence that was set up in response to the scandal in the English department. She also chairs a standing committee to implement task force findings and to address the university’s obligations under the law.

The Quebec legislation defines sexual violence as any violence committed through sexual practices or by targeting sexuality, including sexual assault. It also refers to any other misconduct relating to sexual and gender diversity, in such forms as unwanted direct or indirect gestures, comments, behaviours or attitudes with sexual connotations, including behaviour that happens online.

The guide sent to universities after the law was adopted says students should be informed of the conclusions of an investigation against a professor, but the Ministry of Education and Higher Education’s communications officer clarified that it’s only a guide for “best practices”.

“[The law] doesn’t mandate to institutions how they have to handle complaints towards members of their community,” said Bryan St-Louis in an email.

She said Concordia will begin a formal review of its policy next January, with an updated one likely adopted by May 2020. She said they’ll also be meeting with other universities to discuss how their policies differ in the fall.

For English literature student Margot Berner, the wait is unacceptable.

“It’s kind of frightening the remove that they take from any sort of moral responsibility, for the fact that people are slipping through the cracks here and are being harmed by this policy,” Berner said in an interview.

She is among a group of students who have been pressuring Concordia to share investigation findings with students.

A June 2018 report by Concordia’s task force on sexual violence contained the results of a survey of 1,595 students, staff and faculty. Nearly one in 10 respondents had experienced sexual violence at Concordia, but, within that group, 70 per cent chose not to report the event. Their main reasons for not reporting were fear of repercussions (58 per cent) and a belief that nothing would be done (56 per cent). And 31 per cent said they did not know what to do.

Of those who did file a complaint, 70 per cent reported dissatisfaction with the process. Among the reasons were that their privacy wasn’t protected, they saw no consequences for the perpetrator, they lacked support or were told nothing could be done to address their complaint.

“I don’t really like the word ‘victim,’ but it was a complete re-victimization of what actually occurred 20 years ago, and in fact, it’s quite worse,” Kaslik said, adding that hearing the university say they had not mishandled her complaint only made her more upset.

“It’s unbelievably disappointing and difficult to have gone through this and to hear them patting themselves on the back, and their self-aggrandizing statements and that climate review, when it’s so obvious that it’s just been so grossly mishandled just at every level,” she said. “It’s like a nightmare.”

Ostiguy disagreed with the notion that the lack of information provided to complainants was preventing survivors from coming forward, saying instead it’s more likely that students need the reporting process to be “demystified.”

“We’re working on a step-by-step interactive guide where people can see all of the options very clearly,” she said.

Kaslik still has questions as to why these kinds of discussions always seem to revolve around policies.

“Everyone has lost the whole point of what this is actually about,” she said. “They closed ranks on a bunch of sexual predators at Concordia. That’s the real issue, and they’re protecting them through these laws.”