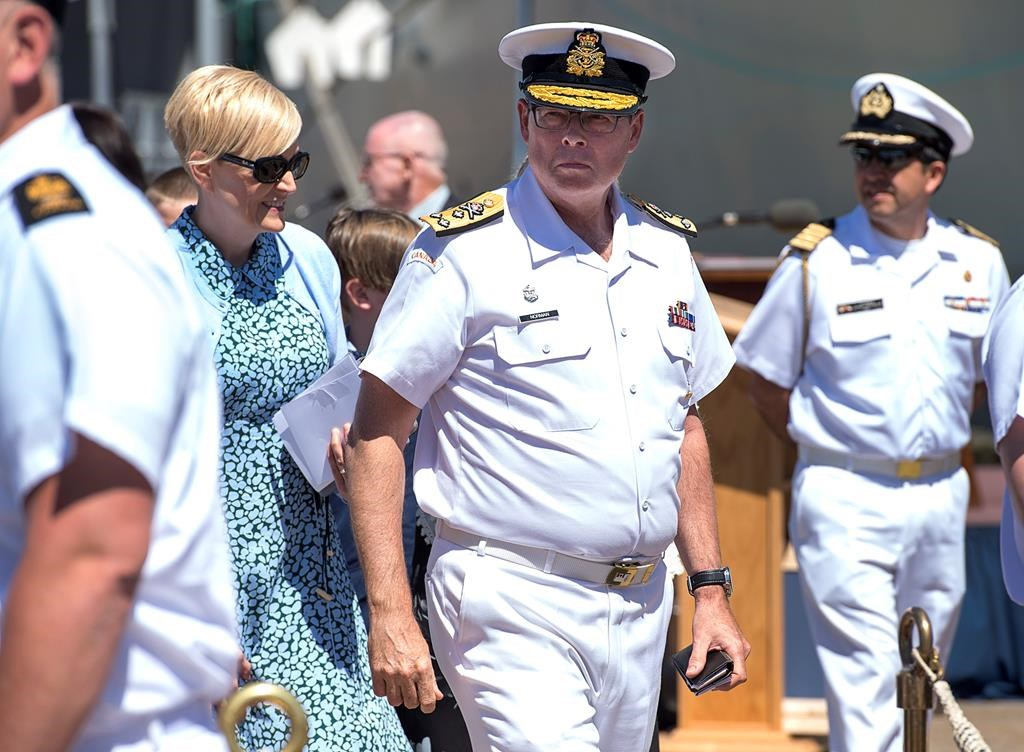 Vice-Admiral Mark Norman, whose status has been up in the air since a breach-of-trust-case against him was dropped last month, was welcomed with a greeting of "mate" from the chief of the defence staff and applause from the crowd at a navy ceremony Wednesday.

Questions have swirled around the future of Norman, the former second-in-command of Canada's Armed Forces who has expressed a desire to return to duty after the criminal case against him was dropped.

Norman was on hand in uniform for the colourful change of command ceremony in Halifax, and defence chief Gen. Jonathan Vance mentioned him at the beginning of his remarks.

"Great to have you here mate," Vance said to warm applause. "The family's all together again. It feels good."

Neither Norman nor Vance was made available to reporters following the ceremony at Her Majesty's Canadian Dockyard.

The two were together last month in what the military described as a "cordial" meeting, although there has been no word since on when Norman will return to duty or in what role.

Defence Minister Harjit Sajjan recently sidestepped questions on the federal government's opinion of Norman's intent to get back on the job. Sajjan said Norman and Vance were being given "their privacy and their space'' and suggested the matter of Norman's return rested completely with them.

Norman was suspended and then charged with breach of trust last year for allegedly leaking government secrets about a naval contract.

His former position has been permanently filled, and the Canadian Forces has no other job of equivalent stature, leaving his current status in question.

McDonald, a 34-year veteran, becomes the navy's 36th commander after having served in a variety of command and staff roles throughout his career, most recently as the navy's deputy commander.

McDonald said the theme for navy operations under his tenure will be "steady."

"We are carrying on with the largest recapitalization in our peacetime history," he said. "While we're doing that, we've been relevant around the planet. Sailors appreciate that, our friends, our partners, our allies appreciate that and see us as steadfast allies around the globe."

McDonald, who was born in New Waterford, N.S., said he is proud to be the first commander in the history of the navy from Cape Breton.

"I'm absolutely thrilled that I could have half the island down here with me today to celebrate," he quipped.

Vice-Admiral Lloyd leaves for retirement after three years in the navy's top job and a 38-year career in the Armed Forces.