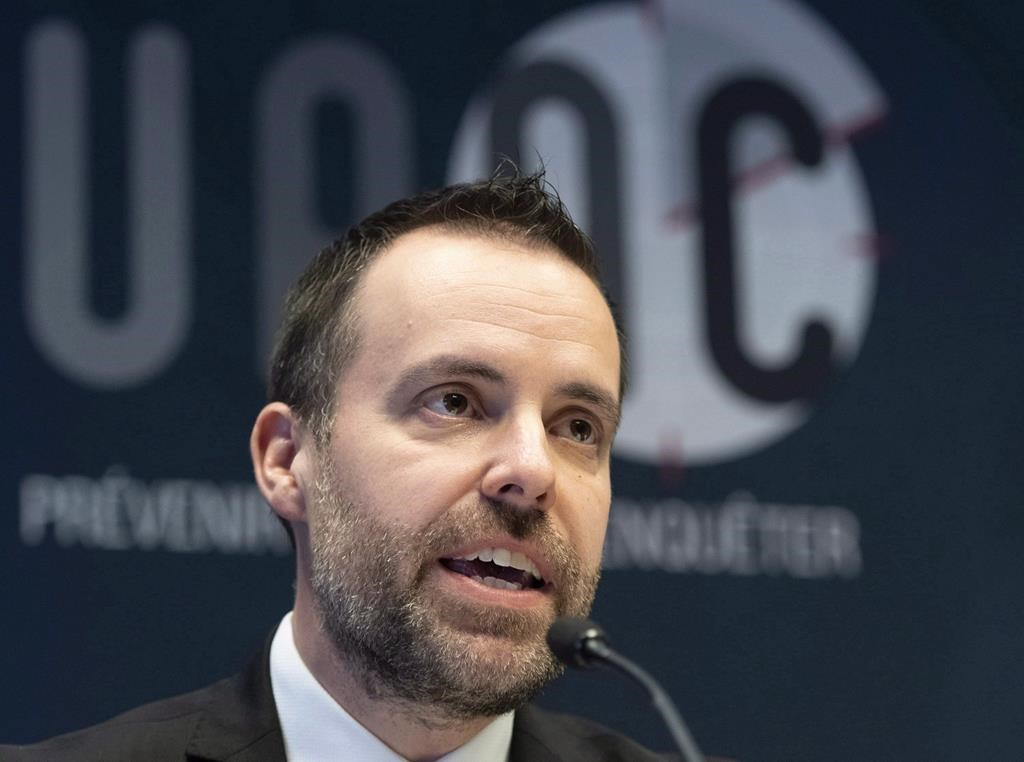 Still reeling from accusations its investigators fabricated evidence, the province's once-praised anti-corruption police unit is again the target of criticism.

The police force created to restore the public's faith in democratic institutions lacks officers with the necessary skills to conduct complex investigations into financial crimes, according to a government report published Thursday.

Claude Corbo, head of the office that monitors Quebec's anti-corruption police, recommends that the unit — known as UPAC — hire people with university degrees who are capable of handling lengthy investigations into "highly complex criminality."

The report came amid a series of embarrassing scandals for the police force, which was created in 2011 by the Liberals following reports of widespread fraud and corruption in the public and private sectors.

UPAC has been criticized for its slow pace completing investigations, and there have been reports it is having trouble recruiting due to low morale. A former high-level officer reportedly told prosecutors the squad had fabricated evidence.

Corbo's report doesn't directly address the recent scandals, citing ongoing probes by prosecutors and an independent police watchdog. However his report, despite its diplomatic language, describes a police force incapable of properly fulfilling its mandate.

"There is a training issue … for the UPAC as a whole," the report says, alluding to "the complexity of crime in the form of bribery in public contracts" and "the need for knowledge that is often very specialized."

The Liberals created UPAC, she said, without giving it the necessary resources to do its job. "The preceding Liberal government didn't have the real intention of giving itself the means to really fight against corruption in Quebec," she said.

Christine St-Pierre, Liberal critic for public security, called Guilbault's comments "low." Instead of blaming the Liberals, Guilbault should ensure the recommendations in Corbo's report are followed, St-Pierre said in an interview.

But St-Pierre was also quick to target someone else for blame: Robert Lafreniere, the former head of UPAC who unexpectedly quit on election day, Oct. 1, without completing his second mandate — or explaining why he was leaving.

Lafreniere was the one responsible for hiring and ensuring his team had the expertise needed to investigate corruption across the province, she said. Maybe the lack of expertise and training described in Corbo's report helps explain UPAC's troubles, she added.

"We have heard allegations of fabrication of evidence, this is serious .... It breaks the public's trust," St-Pierre said.

Last May, the Journal de Montreal reported the Crown prosecutor’s office was in possession of hours of testimony from the unit's former head of operations, Andre Boulanger. He reportedly told prosecutors under oath in 2018 that certain open investigations could fall apart because officers had fabricated evidence.

The unit has had some success in investigating crime since its inception. Last July, former Quebec construction mogul Tony Accurso received a four-year prison term following his conviction on fraud and corruption charges. He's been released pending his appeal.

But many of the people arrested by UPAC have been acquitted or received no jail time, causing public frustration. Other cases have dragged on for years.

Corbo's report was his first since his office was created last year to monitor UPAC.

In it, he recommends that a working group identify what university degrees and skills recruits should have. "We can think of law, accounting, forensic accounting, engineering, criminology, computer science, management," he wrote.

He added that corruption investigators should not be required to have experience as patrol officers, as is currently the case. Corbo said the requirement shows how "rooted" the idea is among police officers that one cannot rise to the role of investigator without first going on patrol.

But the fight against corruption "requires the use of diversified skills related to several academic disciplines," he said. "A patrol experience ... and general police investigation does not in itself provide this diversity of skills."

In many investigations of

In many investigations of these types the work is closely guided and monitored by skilled prosecutors. These legal specialists should have the freedom to recruit, perhaps on a contractual basis, the specialist advisors required to untangle the deeply rooted networks of criminality behind these "black economy" machinations. Besides having the knowledge of the accounting tricks and the engineering standards that are so routinely flouted, these civilian adjuncts are un-encumbered by whatever culture the regular police force labours within.

It is no reflection on the rank and file to admit that few police forces have the will or the financial resources to recruit full time accounting and financial forensic experts. The lack of resources lies at the feet of the leadership and the political funders - and perhaps neither of these are without conflicts of interest.