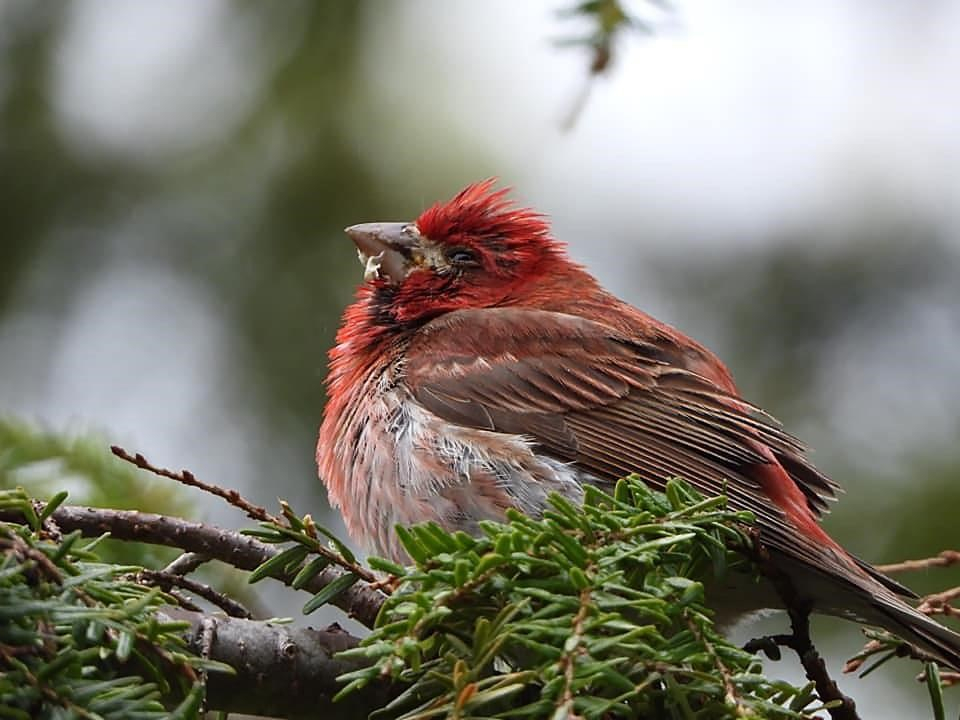 A purple finch showing signs of trichomoniasis is seen in this undated handout photo. Handout photo by Jeannie Fraser
Previous story
Next story

Nova Scotians are being asked to remove bird feeders and close up bird baths as a fatal disease spread by damp, human-provided seed is killing purple finches.

David Currie, president of the Nova Scotia Bird Society, says the cases of trichomonosis around the province are an annual occurrence, but they seem to have arrived quickly and intensely during a particularly cool and wet spring.

The fatal disease is caused by a tiny parasite being transmitted from bird to bird through moist bird seed, wet areas and in bird baths.

Currie says there have been seven reports of the disease around the province, prompting his group to suggest people follow the advice of the Canadian Wildlife Health Cooperative and remove the feeders and bird baths.

The parasite causes inflammation of the bird's glands and windpipes, leading to lethargy and making it difficult for the birds to breath.