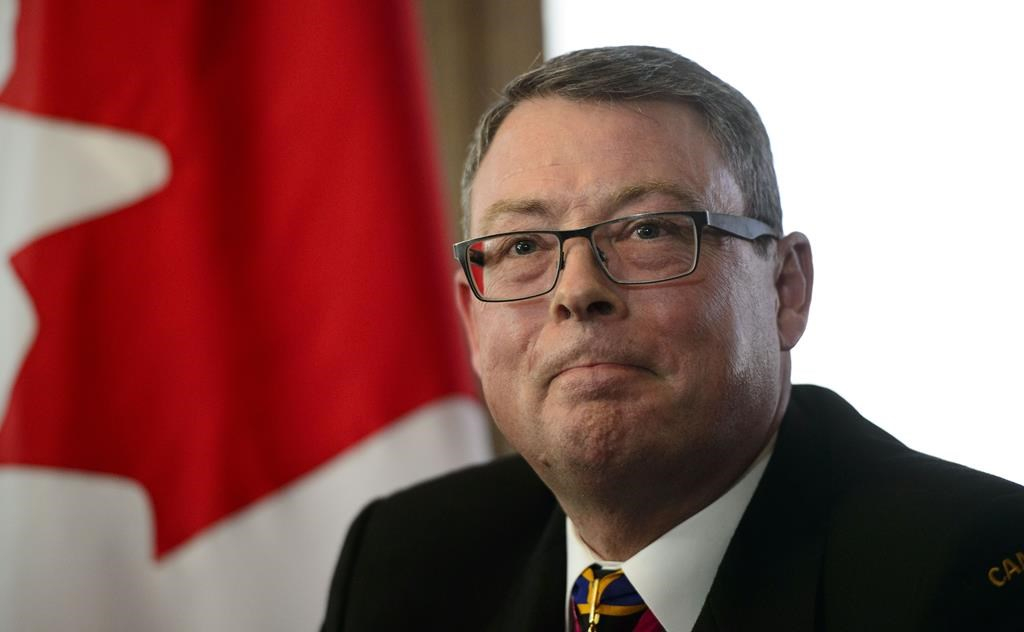 Vice Admiral Mark Norman reacts during a press conference in Ottawa on Wednesday, May 8, 2019. The charges against Norman were dropped. File photo by The Canadian Press/Sean Kilpatrick
Previous story

A Senate committee has breathed new life into an inquiry into the failed prosecution of Vice-Admiral Mark Norman, after the Conservative senator behind the probe reversed course and decided not to kill it.

Conservative Sen. Jean-Guy Dagenais had indicated that he planned to abandon the study, saying the clock had effectively run out because of the Liberals.

But in a surprise turn of events during Monday's meeting of the Senate defence committee, Dagenais instead successfully lobbied fellow committee members to extend its original June 20 deadline for reporting the results of its study back to the Senate.

The committee voted 8-4 in favour of extending the deadline to Aug. 1. But that doesn't make it a done deal — it requires formal approval for the committee to sit into the summer.

Conservative senators appeared to try to pin that decision on Sen. Peter Harder, the Liberal government's representative in the upper chamber, after Dagenais said the plan would require the approval of both Harder and his Tory counterpart.

"He is the one who has the key in his hand," Dagenais said of Harder, whose office did not immediately return a request for comment.

Yet committee members were told that the Senate as a whole could also vote to allow the committee to continue the probe, setting the stage for a sharp debate in the coming days.

Committee members also heard that neither Norman nor his lawyer, Marie Henein, had yet responded to their invitations to testify about his two-year ordeal, which ended last month.

Henein did not respond to emails on Monday.

Norman was suspended as the military's second-in-command and charged with breach of trust last year for allegedly leaking government secrets to a Quebec shipyard to help it nail down a $700-million contract for a navy supply ship.

The deal had been approved by the previous Conservative government, but the new Liberal government decided to review it in November 2015 before eventually finalizing it.

But Crown prosecutors stayed the charge last month, telling the judge that new evidence they'd received from Norman's defence team had led them to conclude there was no reasonable chance of a conviction.

Dagenais sponsored a motion last month to examine the circumstances that led to Norman's suspension and charge. His motion succeeded with the help of fellow Conservative committee members, along with Independent Sen. Diane Griffin and unaffiliated Sen. David Richards.

He appeared set to throw in the towel when he sent a letter to the chair of the committee, Independent Sen. Gwen Boniface, ahead of Monday's meeting saying time had all but run out for the committee because of Harder.

"To sit after the end of the Senate session scheduled for (June 20), we need the agreement of the government and opposition leaders in the Senate," Dagenais wrote in the letter, a copy of which was provided to The Canadian Press.

Dagenais said "there is no problem on the Conservative side" but that Harder had "made it clear to me that there was no question of granting us such permission."

He told the committee Monday that he decided to reverse course and press ahead after thinking the matter over on the weekend. The extension was supported by Conservatives, Griffin, Richards and Independent Sen. Marilou McPhedran.

Dagenais initially proposed extending the deadline for the committee's report to Sept. 11, but it was pushed back to the beginning of August after several committee members expressed concern about the proximity of the fall federal election.

Several senators who voted against the extension accused Dagenais of playing political games with the inquiry, with Independent Sen. Marc Gold describing it as a "very political and partisan initiative."

Dagenais denied the allegation and instead accused Harder of playing games by refusing to let the committee sit into the summer, saying: "Maybe the one who's preventing us from meeting is more partisan than me."