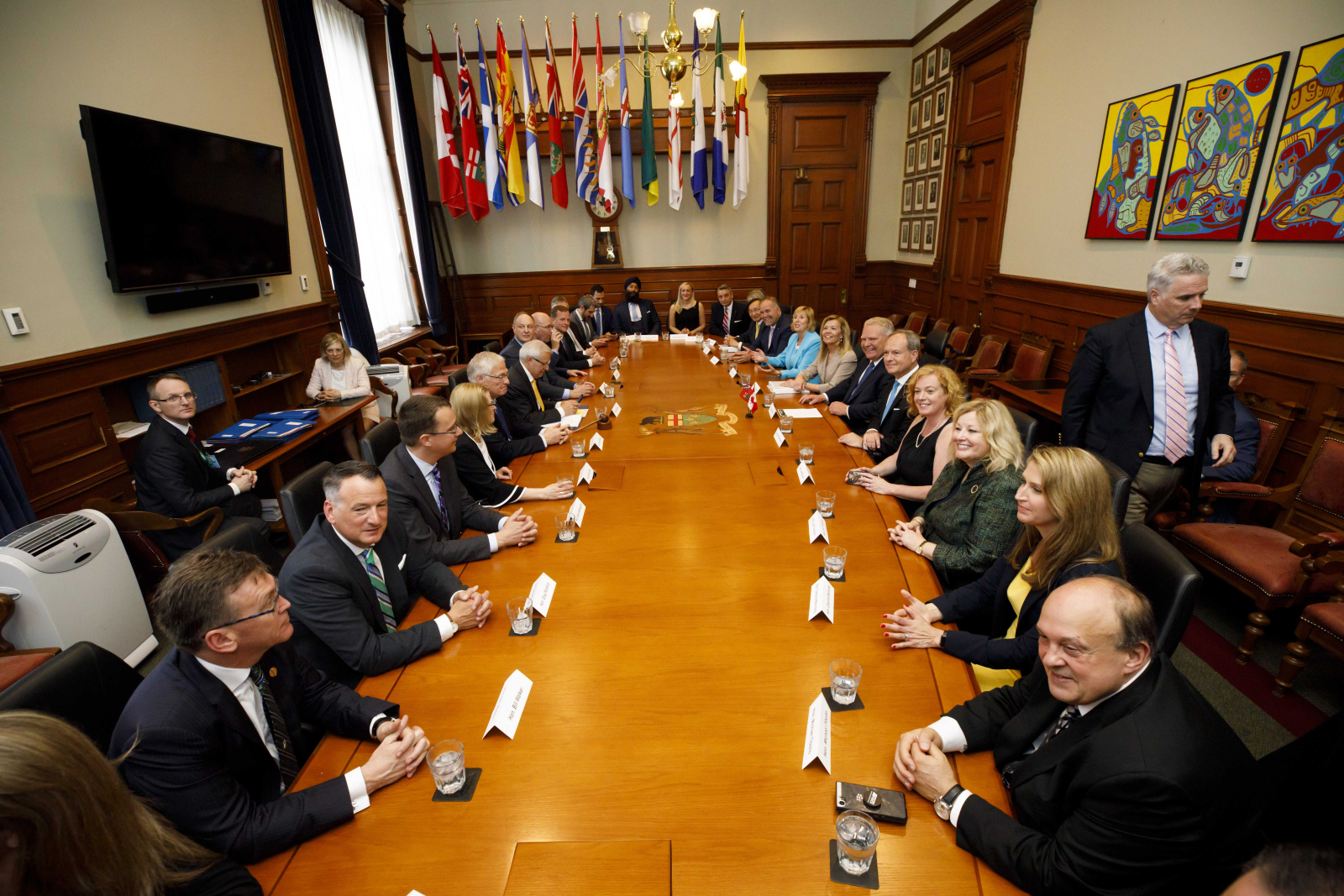 Ontario Premier Doug Ford's chief of staff, Dean French, resigned on Friday, a day after the premier was forced to revoke the appointments of two people tied closely to his most powerful advisor.

Ford had also overhauled his cabinet on Thursday, seeking to set aside the challenges of his government's first year in office by demoting his finance minister and other top ministers.

But after announcing the appointments of four representatives who would be paid six-figure salaries to pitch for Ontario business abroad later on Thursday, Ford had to quickly backtrack when several media outlets reported that one, Taylor Shields, is a cousin of French’s wife, and another, Tyler Albrecht, knows French through lacrosse and is friends with his sons.

Shields was to be posted in London and Albrecht would have been based in New York City.

Another of the appointees, Jag Badwal, is a previous president of the province's Progressive Conservative party.

"I want personally thank (sic) Dean for his hard work, his leadership and his friendship," Ford said in an emailed statement. "Dean's legacy will be that of leading a historic and successful election campaign last year, as well as the incredible successes we have had in our government's first year."

French led Ford's successful effort to win the party leadership race after Patrick Brown's abrupt resignation in January 2018, as well as the campaign that in June of that year won the general election for Ford and the party, ousting Kathleen Wynne's Liberal government.

But Ford's critics say since assuming office he has cut public services and environmental protections and spent too much time pushing to get beer into corner stores and promoting other populist policies.

French was accused of interfering in policing operations while Ford's chief of staff, reportedly calling for officials to order police to raid outlaw cannabis stores on the day the drug became legal.

Ford was forced to abort an effort to appoint a family friend as the new commissioner of Ontario's provincial police force after a legal challenge from a deputy commissioner.

French will be replaced on an interim basis by his deputy, Jamie Wallace, the government said.

Looks like Dean French had a lot more to do with Doug's policies than Doug did.