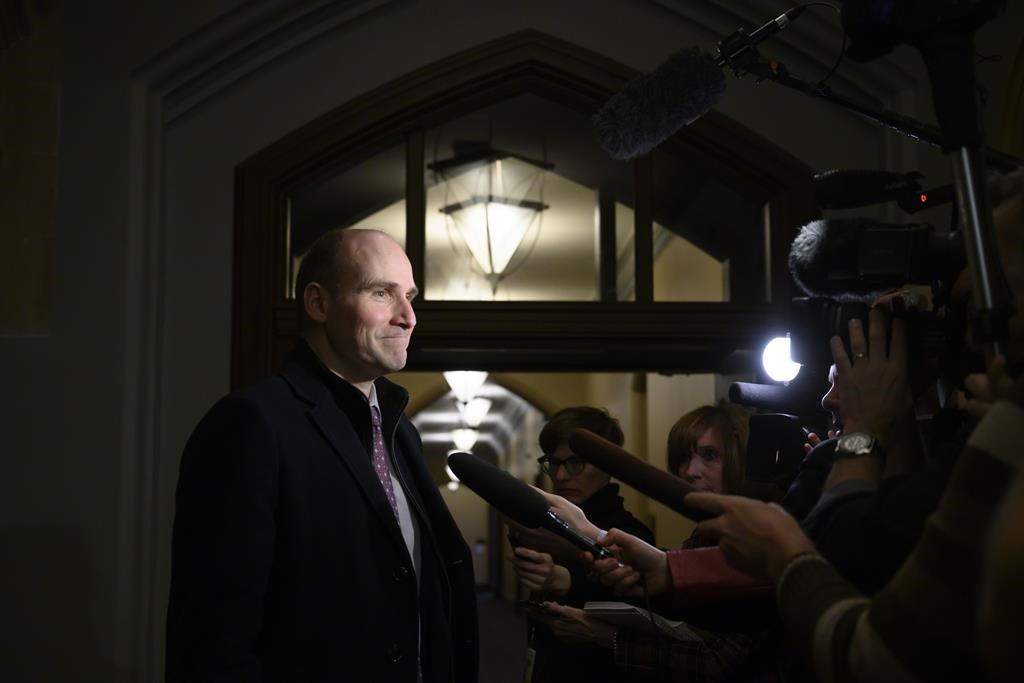 Jean-Yves Duclos, Minister of Families, Children and Social Development, arrives to a cabinet meeting on Parliament Hill in Ottawa on February 19, 2019. File photo by The Canadian Press/Sean Kilpatrick
Previous story
Next story

Despite billions of dollars in new spending over the last four years, the federal Liberals' social-development minister concedes that seniors and families seeking housing and child care are still facing serious cost crunches.

The numbers on Canada's economic growth — increases in median wages and job numbers, and decreases in people living in poverty — have been positive enough that the Liberals tout them repeatedly, and Jean-Yves Duclos says voters can expect to hear about them a lot on this fall's campaign trail.

But at the same time polling from Abacus Data has suggested affordability issues remain a key worry for Canadians, including research released in March that put the cost of living as a key vote driver in the election.

New Democrat Leader Jagmeet Singh is pitching himself as a champion of pocketbook issues, pledging a full pharmacare program, more affordable housing, and price caps on cellphone and internet plans. Conservative Leader Andrew Scheer is doing likewise, pledging to kill the Liberals' carbon tax and remove federal sales tax on home heating. Scheer even tabled a bill in 2018 to eliminate federal income tax from maternity and parental benefits, called the Supporting New Parents Act; as an opposition effort, it died in a vote a few months later.

"When it comes to affordability, yes, we need to be extremely mindful that there are many middle class Canadians and lower-income Canadians that find it very difficult to make ends meet in our society," Duclos said in an interview in his office steps from Parliament Hill. "It's demanding to be a middle-class Canadian in 2019 and that's why the necessary limited resources of a government must be prioritized to help those Canadians."

Duclos was a prominent academic economist before entering politics in 2015, specializing in labour, poverty and social policy, and he's held the social-development portfolio since the Liberals were sworn in. Officials in the department sometimes looked at his research as part of policy development, which made the transition from professor to minister a little easier.

The Liberals are expected to put a national pharmacare program in their campaign platform this time. And their platform-crafters have gone around shopping more spending on housing to boost supply and, they hope, bring down prices nationwide. But the party doesn't seem to be working on new child-care ideas, even though Duclos calls such child care a necessity and not a luxury for working parents in a modern economy.

The government pledged $7.5 billion over a decade towards child care, and internal government documents suggest the spending is on track to fund 37,573 spaces by 2020. The Liberals poured $24 billion annually into a child benefit that Statistics Canada says has contributed to lifting some 278,000 children above the poverty line, and agreed to link its value to inflation starting last summer.

What the Liberals haven't done is boost the base value of the benefit. A briefing note late last year to Duclos said that "further enhancing" the child benefit could help reach a goal of a reducing poverty by one-fifth of 2015 levels by 2020, "as it is estimated the more than one million persons living in families with children will still be in poverty by 2020 without further interventions."

The Canadian Press obtained a copy of the document and others under the access-to-information law.

Duclos said there are options for making life more affordable for families, but didn't go into detail.

"It's true that our families lead complex lives, and therefore we need to invest in many different ways," he says.

If so, the question is how to pay for it, with years of deep deficits in the federal fiscal outlook. For that, Duclos looked to the private sector. The Liberals have turned to private money during their time in office to help pay for large-scale infrastructure projects and finance new rental housing, for instance, promising returns in exchange for big up-front investments.

"Moving our cities into the 21st century by having very significant and modern housing connected to public transit, the services of families and seniors in a way which is environmentally sustainable ... requires resources, but resources which would be significantly leveraged by the private sector and the public sector."

Duclos was a political rookie when he eked out a victory in his Quebec City riding in 2015, and then was put in charge of Employment and Social Development Canada, a massive department whose annual budget is larger than the economies of some small nations. The federal social safety net, benefit programs and skills training — among others — are mostly maintained by his department.

Duclos has ticked off many, but not all, of the check boxes in his mandate letter.

Removing the GST on new rental housing construction, for example, was ditched in favour of new financing options through the national housing strategy. The Liberals also broke a promise to create a new way to calculate increases in seniors benefits, a so-called "seniors' price index," instead of using national inflation figures.

"We dug into the matter, found out that it would have made very little difference for the ability of our more vulnerable seniors to make ends meet," Duclos says. Instead, the Liberals increased the value of the guaranteed income supplement for low-income seniors, and allowed them to keep more of the benefit even if they worked to make extra cash.

Negotiations have to finish with provinces and territories on the design of a new federal rental subsidy that is scheduled to roll out next year. Duclos said the government is having "very frank conversations" to make sure the subsidy, which will average about $2,500 annually, targets low-income, Indigenous renters and veterans.

Right to housing to be mainstay of $40B national housing plan, Duclos says