In case you missed it: Indigenous celebrations across B.C. 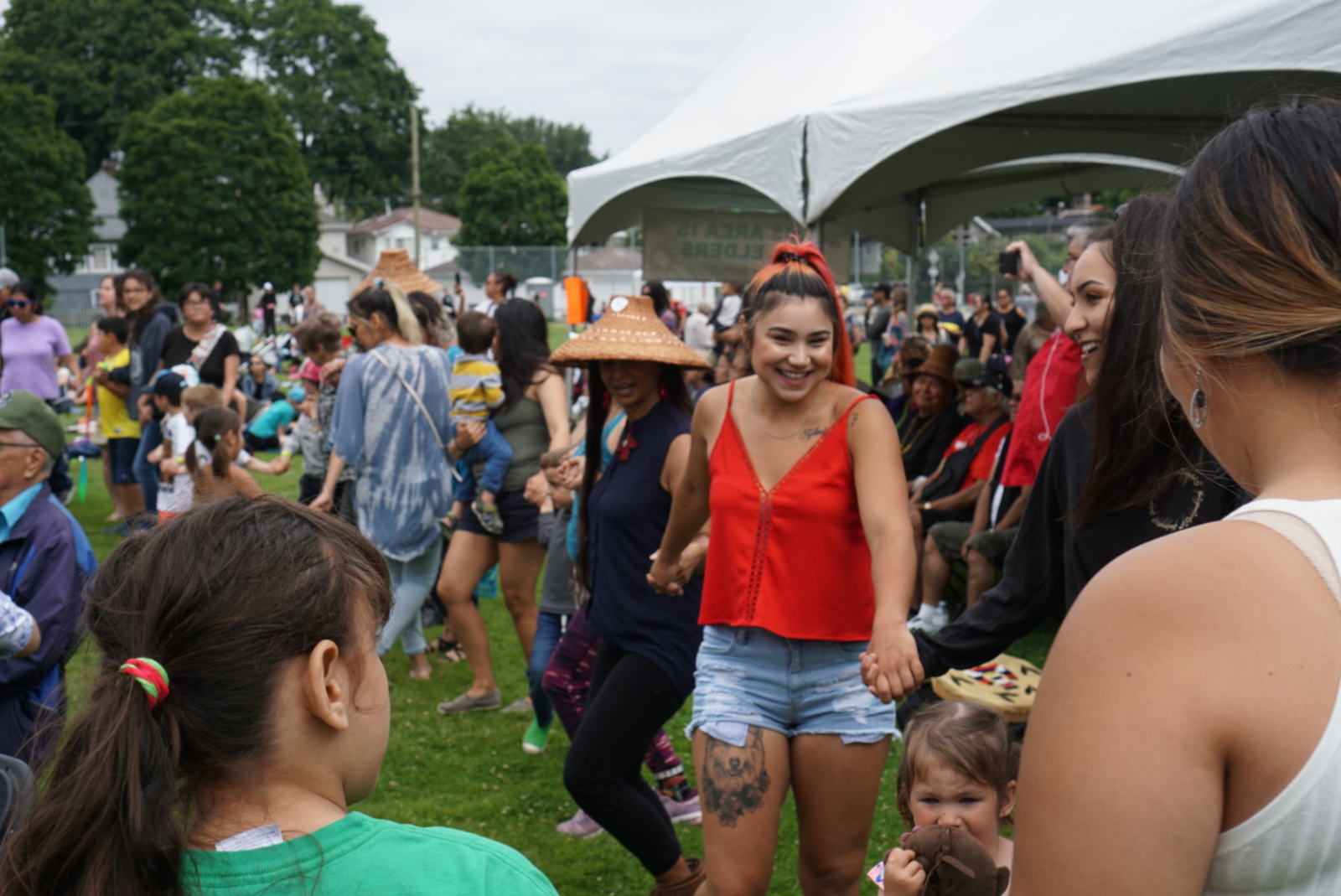 “It’s really good to be here and to be brown today,” said Rosemary Georgeson. “I love it.”

Georgeson sat at a booth for Vancouver Aboriginal Child and Family Services Society (VACFSS). Beside her, teens sold traditional teas and salves they had made. In front of the booth stood a tall model of a Te Smailetl, also known as a Sasquatch (Te Smailetl means "Wild People" in the Squamish language).

A group of children involved in their programs made the Te Smailetl, who they named Jonathan, for people to take selfies with.

"He draws a big crowd. Big Sasquatch, big crowd," laughed Georgeson, who is a Coast Salish and Sahtu Dene artist and playwright.

This was just one booth at Trout Lake in Vancouver, where hundreds of people gathered for National Indigenous Peoples Day on June 21.

Vancouver is home to more than 60,000 Indigenous people from many communities. Justine Wallace, whose ancestral name is Shakota, said the celebration showcases the diversity across Indigenous communities. 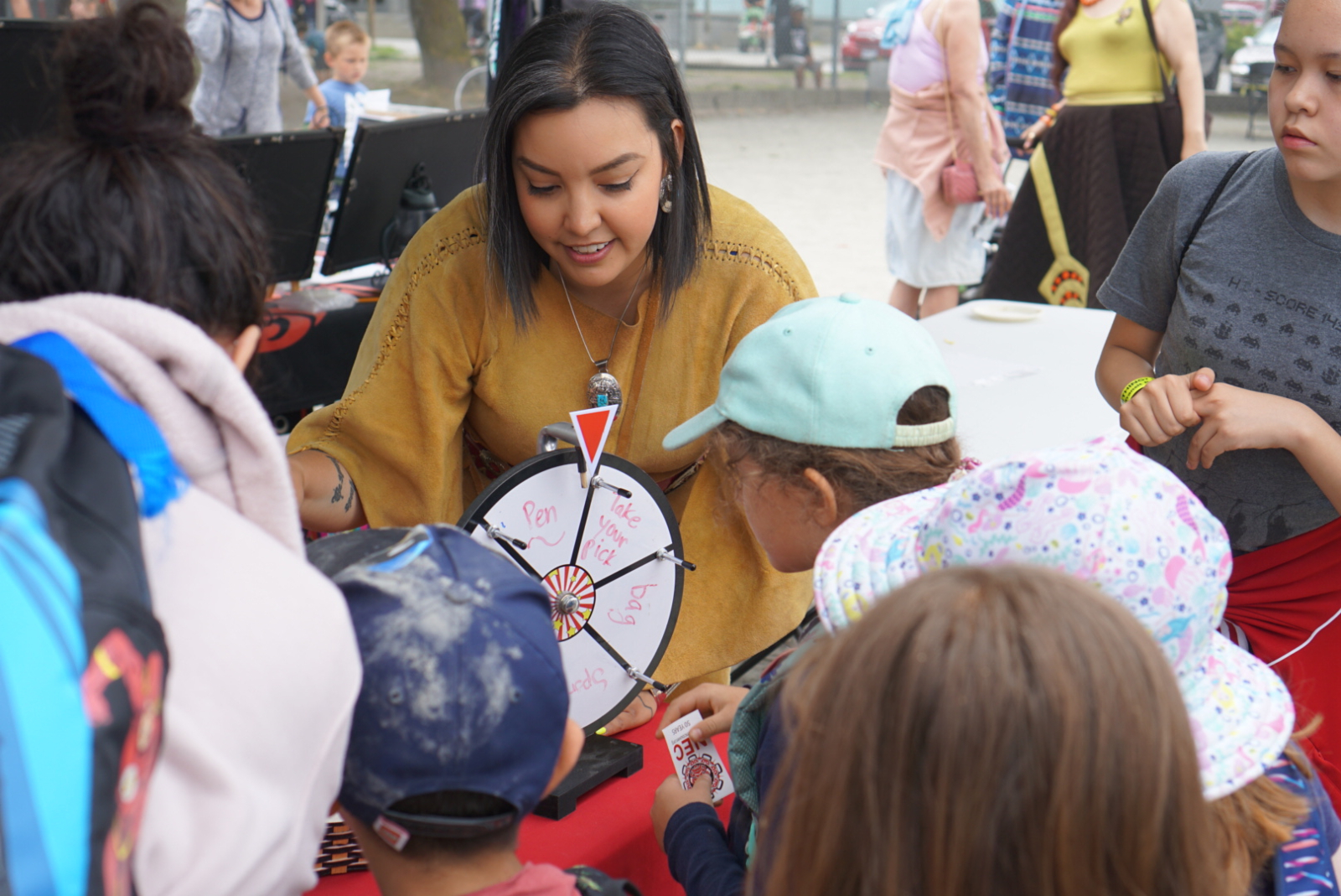 Justine Wallace, or Shakota, spins a prize wheel for a crowd of kids in Vancouver, on June 21, 2019. Photo by Stephanie Wood

"I think it's important to have that sense of community among all diverse nations, among all races of people," said Wallace, who is Lil'wat and Carrier Dakelh. She works at Vancouver's Native Education College.

Vancouver may have had one of the largest celebrations in the province, but it certainly wasn't the only one. Here are some more photos from Vancouver and more communities around B.C.