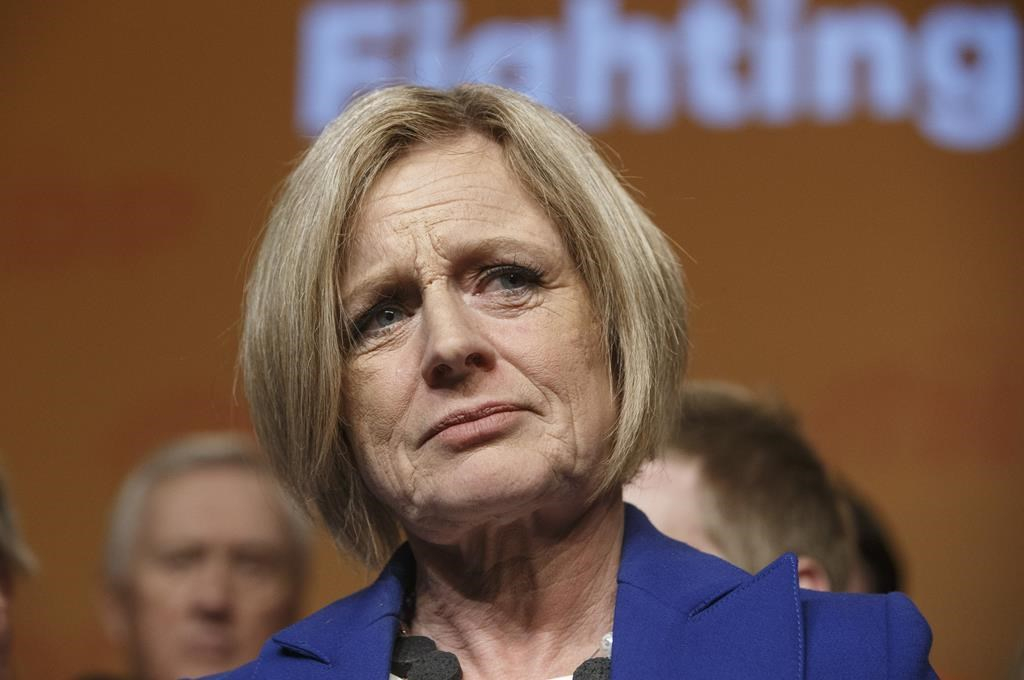 Alberta's earplug debate got louder Monday as the Opposition NDP accused Premier Jason Kenney of lying and sought to have Government House Leader Jason Nixon found in contempt of the legislature.

"The premier is lying and his house leader was lying. And they're too comfortable with that," NDP Leader Rachel Notley told reporters prior to question period.

In question period, Notley demanded Kenney apologize for handing out earplugs last week as the Opposition criticized a bill that cancels some bargaining rights for 180,000 public sector workers.

Notley called the move disrespectful to the legislature and to the workers affected by the bill, and said it was compounded by Kenney and his United Conservatives later offering up three contradictory explanations for it.

"This premier lowered the bar once again in his display of disrespect for the people of Alberta," said Notley.

"They literally plugged their ears when Opposition members raised the concerns of these 180,000 Albertans.

"Then they changed their story about it repeatedly."

Kenney responded, "The only apology in this place should be coming from the NDP for their constant, vicious harassment of ministers verbally, their bullying tactics (and) their name calling."

Kenney's office declined to respond to Notley's accusation of lying.

The earplug imbroglio took place close to midnight last Wednesday during what became an all-night debate to push through passage of the bill.

NDP member Thomas Dang said that as he stood in the house to criticize the bill, he watched Kenney walk up and down the aisles gleefully handing out neon earplugs to caucus members.

About six members wore the earplugs, Dang said, including Nixon.

The next day, Kenney's office admitted in a statement to distributing the earplugs, but said it was done in lighthearted fun to boost morale. In the house, Nixon also issued a blanket denial: "Nobody from the government plugged their ears during debate."

A day later, Kenney offered up a medical reason. He told CBC that he handed out earplugs to one backbench legislature member who suffers from tinnitus because he may have been suffering in the loud debate.

Later Monday, the NDP made the rare move of asking Speaker Nathan Cooper to find Nixon in contempt of the legislature for deliberately misleading the house in what is known as a point of privilege.

NDP house leader Deron Bilous said Nixon misled the house last Thursday when he said nobody from the government plugged their ears.

Nixon responded that the only one given earplugs was a backbench UCP member, who is not technically part of government.

However, Nixon did not address the fact that he, as a cabinet minister, is part of the government and that both Dang and NDP whip David Eggen said they saw him during debate wearing earplugs.

Cooper is expected to rule on the issue Tuesday.

Also Monday, the Alberta Union of Provincial Employees filed a lawsuit against the bill.

The legislation defers mandated wage arbitration for the AUPE until November, and the union argues that violates constitutionally guaranteed bargaining rights.

Kindred spirits: Kenney, Moe yuck it up in front of friendly Saskatchewan crowd