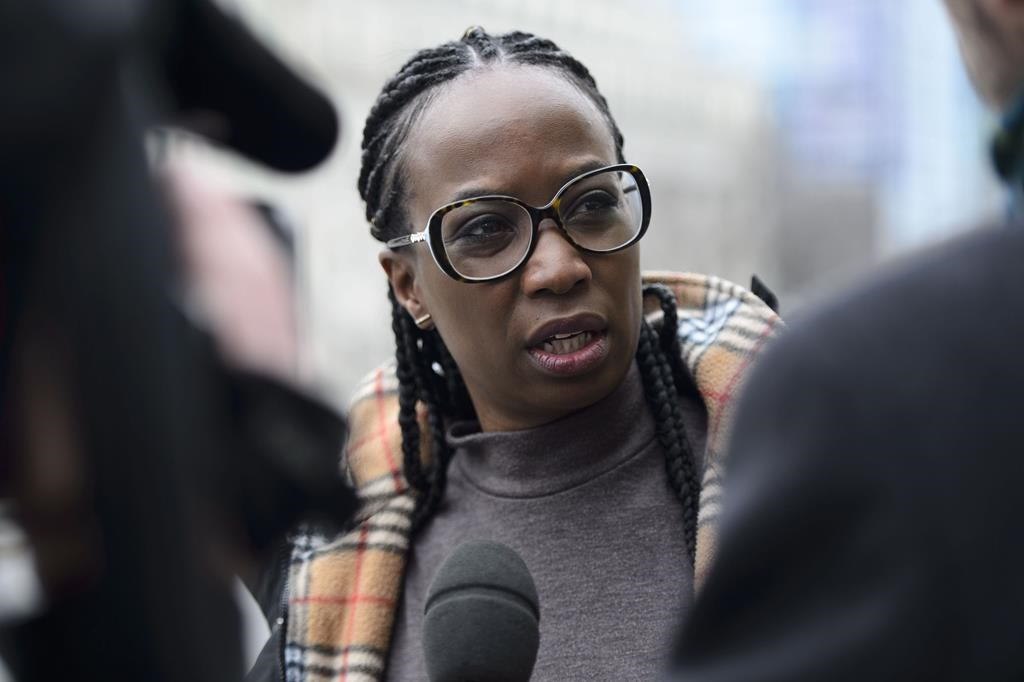 Qualified black Canadians are being passed over for promotions to senior positions in the federal government due to systemic racial barriers, says Independent MP Celina Caesar-Chavannes.

Caesar-Chavannes, who is not running for re-election in October, used her final act in the House of Commons last week to shine a light on what she says is discrimination in the civil service.

She says in all of Canada's history, no black person has been appointed as a federal deputy minister, the bureaucratic head of a department. There has also been a "thinning out" of visible minorities at the assistant-deputy-minister level, she said.

That's why she tabled a private member's bill that would require the Canadian Human Rights Commission to more specifically report annually on the progress — or lack thereof — of government's efforts to promote black Canadians and other visible minorities to more senior positions within the federal ranks.

"It saddens me to know that this is the current state of our federal system," she said in an interview.

She has heard from current and former civil servants who say they have the qualifications to be promoted, but report being passed over for more senior jobs in favour of candidates they say were sometimes less qualified.

One man she spoke with had a master's degree, a chartered professional accountant certification and spoke French, English and German — and yet he couldn't get promoted to a managerial position.

"They present their credentials to me and they're frustrated," Caesar-Chavannes said.

"A lot of others have multiple degrees, speak French and English, are dedicated public servants and they're not able to get ahead. And I think there's a general sense of frustration."

The motion did not receive the necessary support and it was not adopted.

Her subsequent private member's bill, which was seconded by Independent MP Jody Wilson-Raybould — like Caesar-Chavannes, a former Liberal — streamlined the request to simply call for the Human Rights Commission to provide an annual report to the minister on the progress made in "dismantling systemic barriers that prevent members of visible minorities from being promoted within the federal government."

The bill will die on the order paper once the election writ is dropped, as will any other bills left unpassed. But she hopes another MP will take up the cause and reintroduce it when Parliament convenes after the election.

"Let's ensure that the largest employer in the country leads by example and sets the tone for other organizations to follow suit," she said.

"Let's establish some metrics, some criteria by which we can measure ourselves such that our federal public system is reflected, at all levels of management, of the population we serve."

The Human Rights Commission is mandated to look broadly at the representation of visible minorities in federally regulated workplaces, but said in its recent annual report it finds this term in the Employment Equity Act antiquated.

It has recently employed new auditing tools to better understand why women, Indigenous people, people with disabilities and racialized groups still face barriers to achieving equal representation in the federal workforce. Caesar-Chavannes says more data should be gathered to get a clearer picture of the different experiences of marginalized groups.

"As Minister Murray noted in her recent meeting with the federal black employees caucus, more work needs to be done to have a public service that looks like Canada," Nathoo said.

Rodriguez is to launch a new national anti-racism strategy on Tuesday "because we refuse to turn a blind eye and pretend that racism and discrimination do not exist in Canada," Ross said.

The reason women and visible

The reason women and visible minorities don't get promoted is because they don't speak the actual, required, language - that of entitled, priviliged white men. These men gravitate toward the halls of power and do their best to exclude those who don't share their "language". This is a "secret language" made up of not just the right words, but the right looks, the right manners (which may not be the same as "good manners") the familiar, comforting, habits of power seeking white men....

These men inhabit a parallel universe that simply doesn't connect with the real multiverse. Which is why politics and politicians so readily fall into the category of the "untrustworthy".