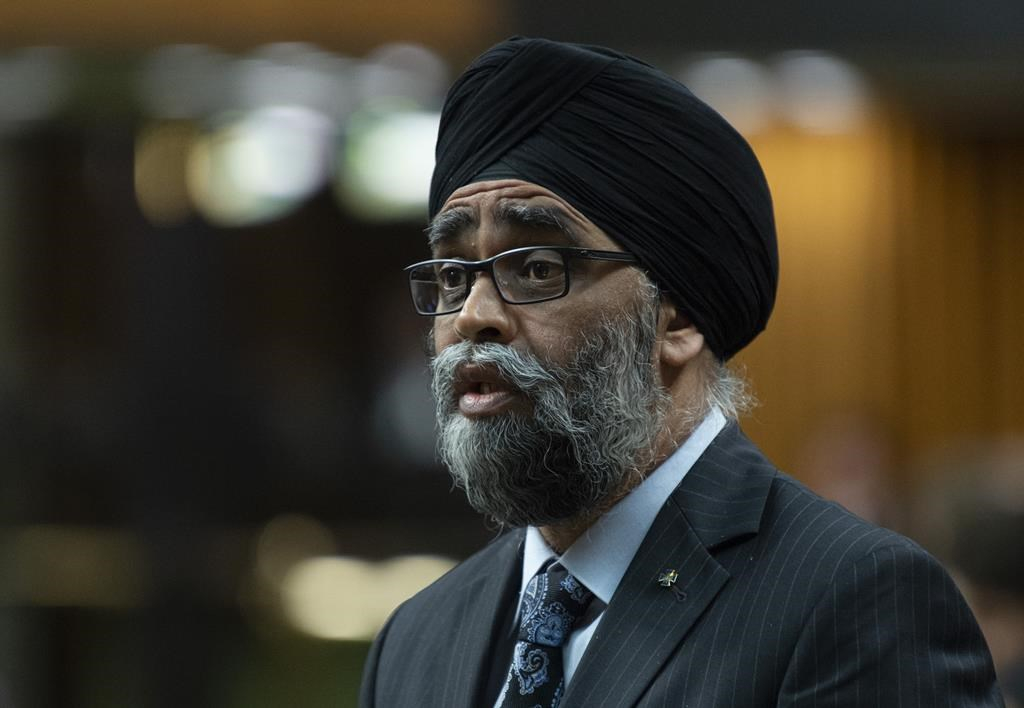 Minister of National Defence Minister Harjit Sajjan responds during Question Period in the House of Commons, in Ottawa on May 28, 2019. File photo by The Canadian Press/Adrian Wyld
Previous story
Next story

Canada will lead a NATO training mission in Iraq until November 2020 after the federal government approved an extension to the operation.

News of the extension comes as Defence Minister Harjit Sajjan and his counterparts from other NATO countries are in Brussels to discuss the fight against the Islamic State of Iraq and the Levant.

Canada has 850 military personnel in Iraq and the surrounding region involved in that effort against ISIL, including 250 who are training the Iraqi military as part of the NATO mission.

The extremist group remains a threat despite having lost of all its territory in Iraq and Syria, where it continues to conduct suicide bombings and other insurgent attacks.

Canada has been leading the NATO training mission since last July and was set to hand over the reins to another country at the end of this month, but will now lead until November 2020.

Brig.-Gen. Jennie Carignan, who upon promotion to major-general in the coming days will become Canada's highest-ranked female army officer, will assume command of the NATO mission from Maj.-Gen. Dany Fortin.

"Our message is clear: Canada is ready to lead and stand with our allies," Sajjan said in a statement.

"We know that combating threats to global stability reinforces security and prosperity at home and this is why we are happy to work with NATO and continue our command role of NATO mission Iraq."

The extension is only the latest involving the Canadian military in Iraq. The federal government previously promised to keep the other 600 troops in the region until March 2021.

Among them are special-forces soldiers and medical personnel in Iraq, trainers in Jordan and Lebanon, and crews with transport planes in Kuwait.

While most of Canada's effort in Iraq involves working with Iraqi government forces, officials for Iraq's semi-independent Kurdish region have said they would also welcome Canadian military assistance.

Canadian special forces trained and advised the Kurdish peshmerga forces for three years in defending their region against ISIL before working together to free large swathes of territory from ISIL’s grasp.

But Canada suspended and then ended its work with the peshmerga after an outbreak of violence between them and Iraqi government forces in October 2017 over control of oil-rich territory in the north of the country.