B.C. to argue for injunction on Alberta's turn-off-the-taps law in Calgary court 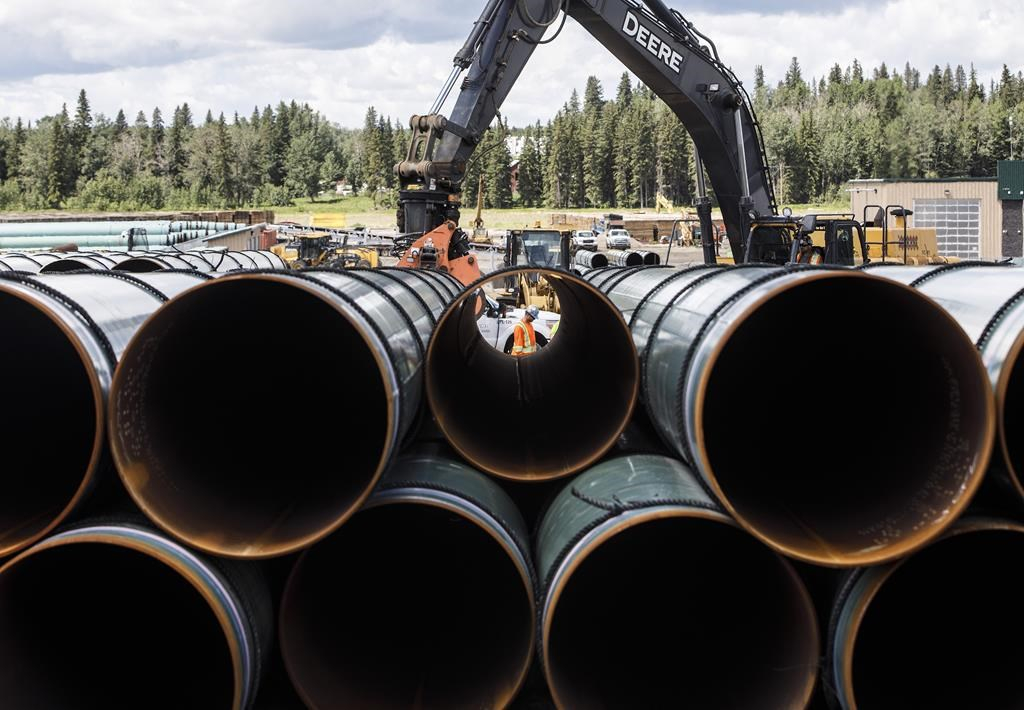 British Columbia's request for an injunction against Alberta's so-called turn-off-the-taps law is to be heard in a Calgary courtroom today.

The legislation allows Alberta to crimp energy shipments to B.C. if it stands in the way of a major pipeline expansion to the west coast.

The legislation was passed — but never used — by Alberta's former NDP government as a way to put pressure on the province's western neighbour to drop its fight against the Trans Mountain pipeline expansion.

The new United Conservative government in Alberta proclaimed it into force shortly after Premier Jason Kenney was sworn in.

He has said he doesn't intend to use the turn-off-the-taps law right now, but he will if B.C. throws up roadblocks to the pipeline.

The project, first approved in 2016, would triple the amount of oil flowing from the oilsands to B.C.'s Lower Mainland and from there to lucrative new markets across the Pacific.

The project, first approved in 2016, would triple the amount of oil that flows from Edmonton to B.C.'s lower mainland, enabling access to new markets across the Pacific.

The federal government bought the existing pipeline last year for $4.5 billion after its original builder, Texas-based Kinder Morgan, threatened to walk away from its expansion because of B.C.'s resistance.

The Federal Court of Appeal quashed the approval months later, demanding more consultation with First Nations and a study into the pipeline's potential impact on marine wildlife.

The project was approved for a second time by the federal cabinet last week.