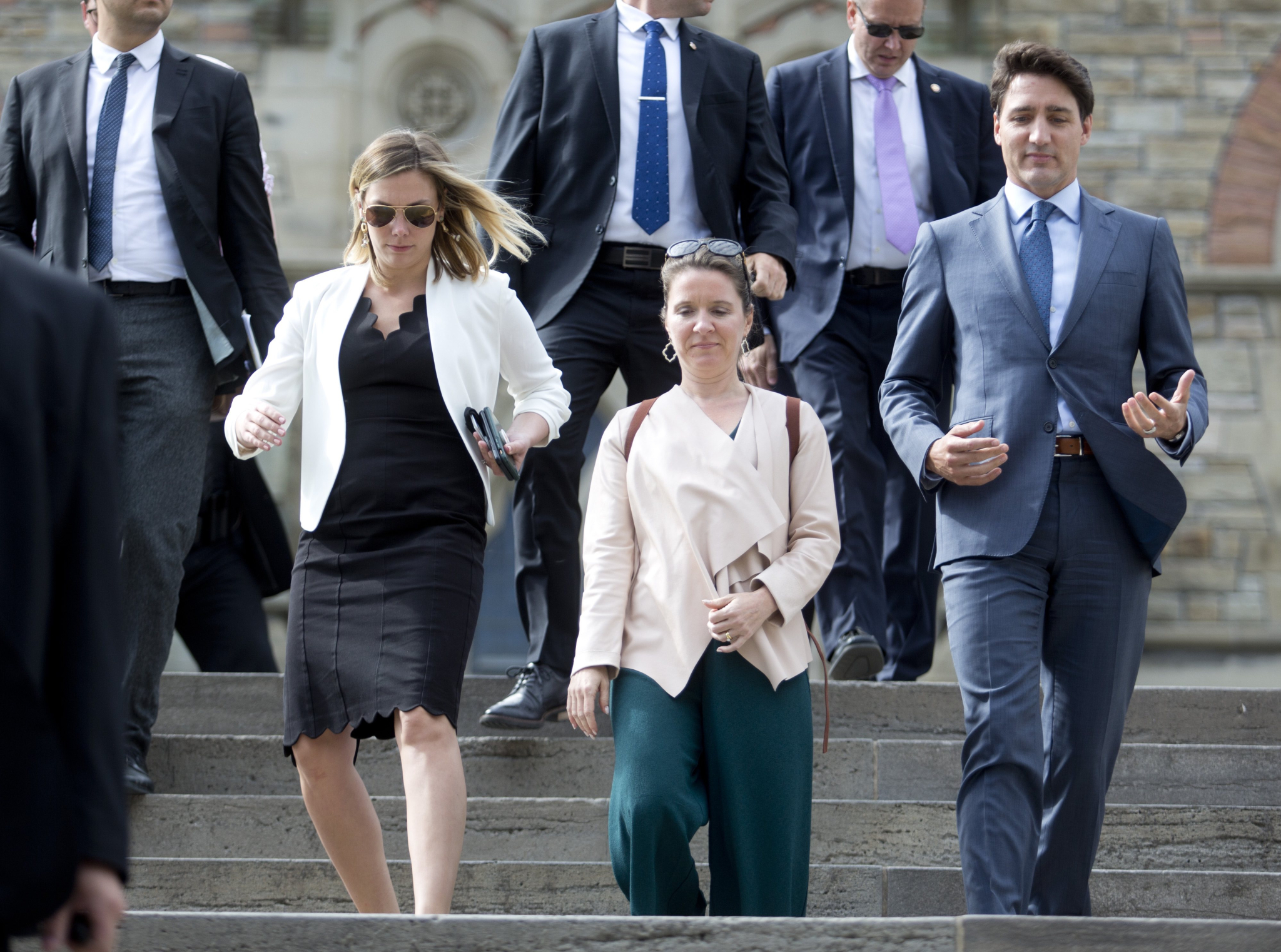 Prime Minister Justin Trudeau walks to a news conference in Ottawa on June 18, 2019, flanked by his staffers and bodyguards. File photo by Andrew Meade
Previous story
Next story

Canada is proposing new market-based incentives to support clean-tech companies as part of a suite of new policies announced on Friday that include a crackdown on pollution from large industrial facilities.

The policies add some new meat on the bones of the Trudeau government's strategy to tackle the global climate crisis. Canada's new proposal also opens the door to allowing companies to get credit for reducing emissions by spending money on projects overseas.

Ottawa’s carbon pricing system is composed of two main parts: a federal charge on fossil fuels, which has received the lion’s share of attention, and a related system for large industrial polluters called the Output-Based Pricing System.

That system establishes a trading market to crack down on carbon emissions. It requires big facilities like factories that emit more than 50,000 tonnes of carbon pollution per year to record their emissions against a "performance standard" for the sector to which the facility belongs.

If they pollute less than the standard, they receive credits; if they pollute more, they have the option of either paying the federal government directly using its carbon tax rate, submitting “surplus credits” bought from others or saved up, or submitting “offset credits” earned from projects that reduce emissions.

The idea is that each offset credit represents one tonne of carbon dioxide that won't go into the atmosphere, heating the planet and worsening climate change, compared to what would have happened under business as usual.

Ottawa says this will create market opportunities for clean-tech businesses in agriculture, waste and forestry. On Friday, it proposed a series of guidelines for how this system might work.

Projects must be based in Canada, and the emissions they are eliminating must be covered in Canada's national inventory report that is submitted to the United Nations.

They must also be "specific and identifiable" and result in a net reduction of carbon pollution "that can be demonstrated to have been implemented."

The project type must be federally approved, the reductions must be "quantified in a transparent and repeatable manner" and reductions must go beyond what would normally occur from that business.

Credits can't be double-counted and the project must be monitored and documented to allow a verification body full access.

Ottawa is soliciting public feedback on this offset system proposal through Aug. 30.

In the regions without their own pricing plans, it gets more complicated. With the fossil fuel tax, the government is rebating households directly through income tax returns. For the large-polluter program, however, it still needs to figure out how this will work.

Estimating revenue from that program is much harder, federal officials said Friday, given that polluters could use credits to meet their obligations instead of paying the carbon tax directly.

As a result, Ottawa also wants to hear from the public on how it should return the direct proceeds it collects, and will also accept feedback on that through the end of August.

The varied approach is in part because Canada has a patchwork of carbon pollution pricing systems. The federal system is designed to fill in the gaps where minimum national requirements aren't met.

Although the Kenney government in Alberta has vowed to replace that province's industrial pollution regulations with another system, the province is not yet included in the federal regime because Ottawa says it has not formally submitted any replacement plans.

Isabelle Turcotte, federal policy director at the Pembina Institute, said in a statement that the government had designed the large-polluter system so it would "more accurately reflect the true cost of different sources of energy, helping to create a level playing field for renewable energy."

For example, the design says that by 2030, all emissions from new natural-gas plants will be priced, she said. That would help increase Canada's electricity generation to 90 per cent non-emitting by that year.

"Today’s announcement provides regulated sectors with the certainty they need to plan investments to adopt low-carbon technologies and develop innovative processes to meet or outperform the standard and ensure they maintain their ability to compete in a low-carbon economy," Turcotte said.

On Friday, the government also published a document outlining Canada's regulatory approach for the Clean Fuel Standard, which is supposed to lower the carbon intensity of fuels through 2030.

Government officials said the new proposed regulations gave more details about how liquid fuels like gasoline will be treated. The standard is expected to come into force in 2022.

The discussion paper on the offset credits was not published online until well after a press release announcing their presence had gone out to reporters.

This is the second time in two weeks that the Trudeau government has withheld key documents from reporters until after a briefing on an important policy announcement.

Federal officials withheld a major report on the government’s efforts to consult with and accommodate First Nations affected by the Trans Mountain expansion project until after a June 18 briefing to explain that the government was approving the pipeline.