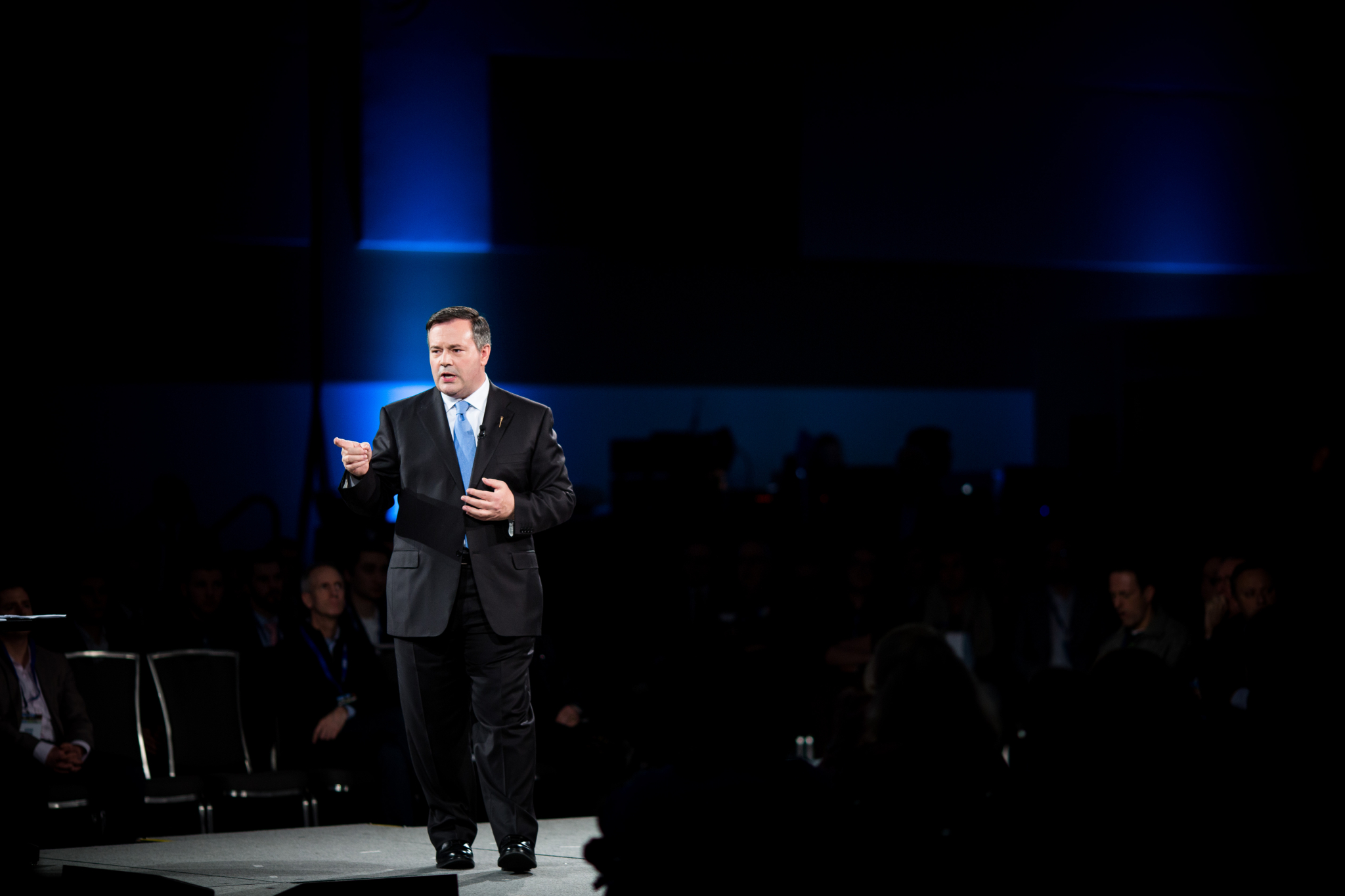 Alberta Premier Jason Kenney and his B.C. counterpart John Horgan amicably agreed to continue to disagree on the pipeline expansion project that would carry Alberta oil to the West Coast.

Horgan even made a joke about being the lone New Democrat at the table with Kenney, Saskatchewan's Scott Moe and Manitoba's Brian Pallister, all leaders of conservative governments.

"I wore a blue suit so I could blend in," Horgan said as he and the other leaders spoke to reporters at the end of the one-day meeting in Edmonton.

"I think Premier Kenney and I are off on the right foot."

There has been friction between B.C. and Alberta over the pipeline project.

Kenney restated that Alberta is prepared to use provincial legislation to limit oil and gas exports to any province he sees as standing in the way of pipelines — a so-called turn-off-the-taps law.

Horgan said his government will push ahead with a legal challenge of that law, as well as a reference to the Supreme Court on whether the federal government had the constitutional jurisdiction to approve the pipeline expansion.

Horgan stressed B.C. has followed the rule of law and will continue to do so.

"We have been and will continue to issue permits as they are requested by the proponent, and we will continue to assert our jurisdiction and hold the federal government accountable," said Horgan.

"This issue has not been, in my opinion, about British Columbia and Alberta."

Kenney said, "I made it clear to Premier Horgan that if we see from any province obstruction of the movement of our products from this province in a way we think violates the Constitution, we will take action.

"I hope it doesn't come to that and I believe we've begun a productive, professional and respectful relationship."

But there were no fireworks at the closing news conference like last year, when the pipeline issue led then-Alberta premier Rachel Notley to opt out of signing a document from the meeting.

The premiers did find common ground on issues such as economic corridors, reducing trade barriers and recognizing professional credentials from province to province.

"I think we agreed it makes no sense that a nurse or a doctor from B.C. shouldn't be able to have that certification recognized in Alberta and vice versa," said Kenney.

Kenney said the corridors include everything from electricity grids to natural gas lines, highways, railways and pipelines.

He said those plans will be pursued at the full meeting of premiers at the Council of the Federation in Saskatoon next month.

Pallister's efforts to have the premiers unite against Quebec's law banning civil servants from wearing religious symbols did not make it on the formal agenda of the meeting.

Pallister said he wouldn't give up the fight.

"Manitoba remains very concerned about anything that interferes with our ability to celebrate as a country the diversity that's a reality here," he said.

"I'm a farm boy and I don't like erosion. And I certainly am always concerned about the erosion of rights in our country. So I'll continue to have that view and I'll continue to express it."

On climate change, the premiers agreed to continue working on plans to reduce greenhouse gas emissions, but also push a process to formally recognize climate change initiatives the provinces and territories have already achieved.

"We have zero-emission wellhead sites operating in Saskatchewan and a 45 per cent methane reduction plan that is well in action," said Moe.

"How can we share some of what we have done in our different jurisdictions with one another and create a platform for premiers and provinces."