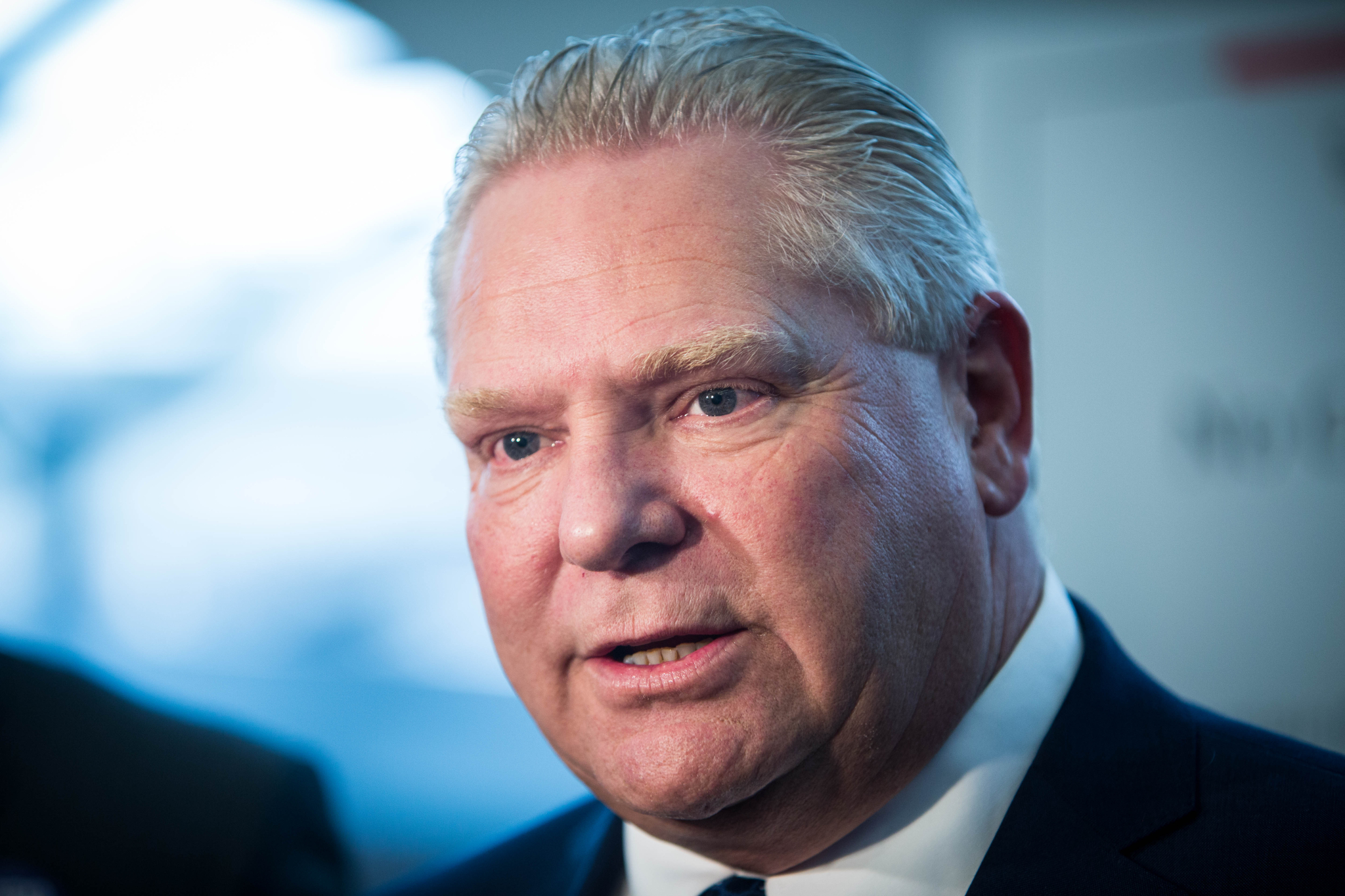 The Doug Ford government challenged the constitutionality of the carbon-pricing law before a five-judge panel in April.

It argued the Liberal government under Prime Minister Justin Trudeau overstepped its authority in imposing the charge.

For its part, Ottawa argued climate change poses an urgent threat and is an issue of national concern.

Last month, the Saskatchewan Court of Appeal sided with Ottawa in a similar challenge.

The federal government maintains the levy in Ontario — currently four cents a litre on gasoline — is a regulatory charge designed to change behaviour in favour of lower greenhouse gas emissions. Ontario's Progressive Conservative government calls the charge an illegal tax — another violation of the Constitution.

During four days of submissions, Ontario insisted the Greenhouse Gas Pollution Pricing Act would undermine co-operative federalism by allowing Ottawa to overstep the dividing line between federal and provincial spheres of authority.

Provincial lawyers told the Court of Appeal the federal government would end up with the power to regulate almost every facet of life — such as when you can drive, where you can live, or whether you can have a wood-burning fireplace. They also argued the province has its own approach to the climate-change issue.

For their part, federal lawyers argued the province was fearmongering. The law, they said, would not result in an expansion of constitutional powers that would give Ottawa carte blanche to regulate issues that fall squarely within provincial jurisdiction.

In all, 14 interveners — among them some provinces, Indigenous groups and environmental and business organizations — lined up to defend or attack the federal law, with most siding with Ottawa. Indigenous groups, for example, stressed their vulnerability to global warming that they said could destroy their way of life.

Some observers said the Ontario challenge was more about politics than the environment.

Regardless of whose position prevails on Friday, the issue is expected to be ultimately decided before the country's top court. The Supreme Court of Canada has already said it hear Saskatchewan's challenge in December, after the October federal election.