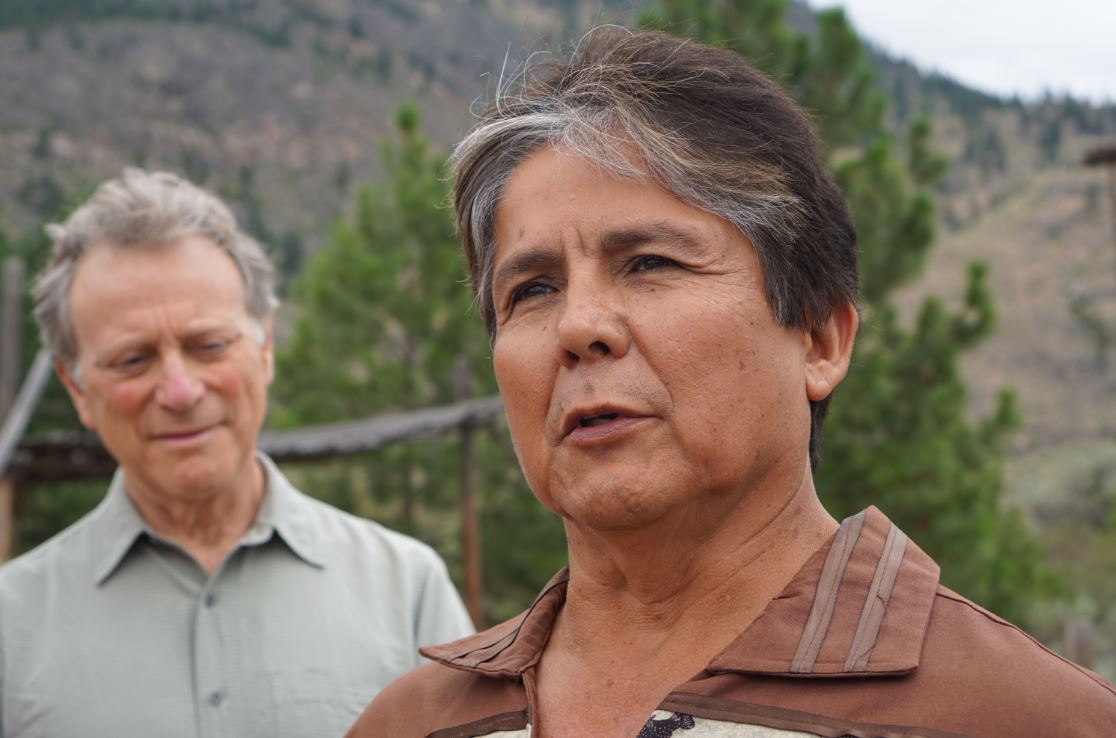 Chief Clarence Louie stood against a backdrop of dry hills spotted with sage bushes. Nearby, there's a sign that says to watch for rattlesnakes. He was standing in his territory. It also happens to be Canada's only desert.

He said he looks around the Okanagan, and he sees some of British Columbia's famous provincial parks. And he sees something missing.

"All of those provincial parks, they had no involvement from our people. None. Zero," he said.

But the practice of establishing parks without Indigenous involvement could be changing. On Tuesday, the Okanagan Nation, provincial and federal governments signed a iʔ sc̓ax̌ʷtət, or a memorandum of understanding, to work together in creating a national park reserve in nxʷəlxʷəltantət, also known as the South Okanagan-Similkameen area.

McKenna says there is precedent in the territories, but this is the first time in a province that First Nations governments are full partners in negotiating the final legal agreement of a park.

The memorandum of understanding sets out rough park boundaries on which all parties have agreed. The governments have agreed all decisions will be consensus-based as they work to write an establishment agreement, which is the final step in creating a national park.

Chief Louie said this is a step in the right direction but there is still work to do.

"Is this better? Of course it's better. Will it be a perfect arrangement? Probably not," he said. "I always want to do things better. I see this as a better process than the way things have been done in the past."

The proposed park will cover 273 square kilometres and include significant places like kłlilx’w, also known as Spotted Lake, which is sacred to the Syilx/Okanagan people.

Chief Crow of the Lower Similkameen Indian Band also signed the MOU on behalf of his community. He said protection of the land is essential, and his people are already seeing the effects of climate change and species at risk.

He said that, as hunters, they have already noticed lower numbers of deer and moose.

McKenna cited a recent UN report that found one million species on the planet face extinction. As well, Okanagan-Similkameen is home to 11 per cent of the species at risk in Canada.

"If we're going to meet our international targets, the only way we can do that is working in partnership with Indigenous Peoples," she said.

Crow says government-to-government relations between Indigenous, federal and provincial levels will show there are more options for park reserves and Indigenous-protected areas.

"It's a new era of being able to protect lands with partnership from everybody," he said. "Finally, we're all going to have a say."

Economic opportunity in a national park

Chief Louie says the park is not only an opportunity for conservation and stewardship — there are economic opportunities as well, through which the community can benefit.

The Osoyoos Indian Band already has a significant role in local tourism. The band runs the Nk'Mip Desert Cultural Centre, where the MOU was signed. It also owns Nk'Mip Cellars, a popular winery in Osoyoos.

McKenna also spoke of the economic benefits of a park, and how sustainable jobs will be created after it's established.

Louie said there are still many details that need to be worked out. In particular, cattle rangers are concerned their rights will be subject to infringement, and grazing won't be permitted within the park.

As well, the proposed park boundaries include federal and provincial Crown land and privately held land. Though McKenna says there will be no expropriation of private land, some landowners have expressed concern that their land will be taken or their rights infringed upon. Hunters and fishers have also voiced concerns about facing restrictions.

But Louie and McKenna say these concerns are unfounded, and public consultation will still be a part of the process going forward.

The final step to create the park is for the partners to create an establishment agreement. McKenna said she hopes the parties can reach that agreement within one to two years.

Louie is excited about the possibilities the park may bring.

Louie says he worked in a national park one summer as a teenager, and it was "the best summer job I ever had in my life."

"There's going to be jobs in this national park. Some of my young guys, they want to be park rangers," he said. "If I was young, that's what I would want to be."