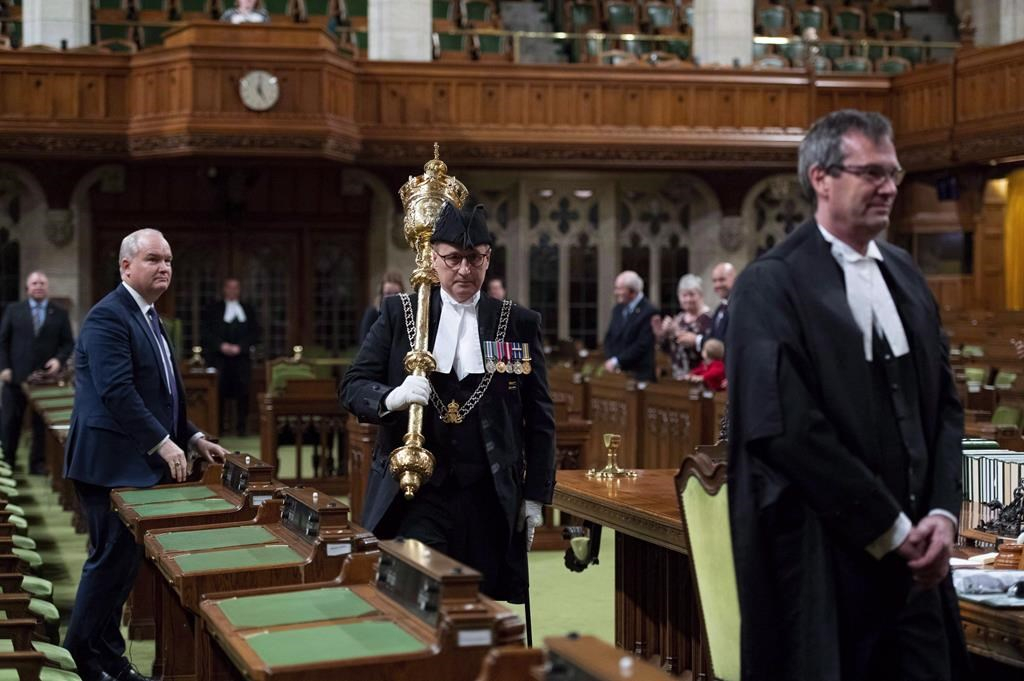 Deputy Sergeant-at-Arms Patrick McDonell carries the mace out of the House of Commons Chamber after the house rises, on Parliament Hill in Ottawa on Thursday, Dec. 13, 2018. File photo by The Canadian Press/Justin Tang
Previous story

Prime Minister Justin Trudeau is welcoming the appointment of Patrick McDonell as the official sergeant-at-arms of the House of Commons.

McDonell has been serving in the role as acting sergeant-at-arms and head of security for the House of Commons since 2015.

He replaces Kevin Vickers, who shot and helped take down Michael Zihaf Bibeau, who barged into Centre Block on Parliament Hill with a rifle in 2014 after killing honour guard reservist Cpl. Nathan Cirillo at the National War Memorial.

McDonell has had a long career with the RCMP and the protective service overseeing the protection of dignitaries, including the Prime Minister and the Governor General, as well as the grounds of Parliament Hill and the Supreme Court.

McDonell was chosen as the nominee for the position through the Trudeau government's merit-based appointment process.