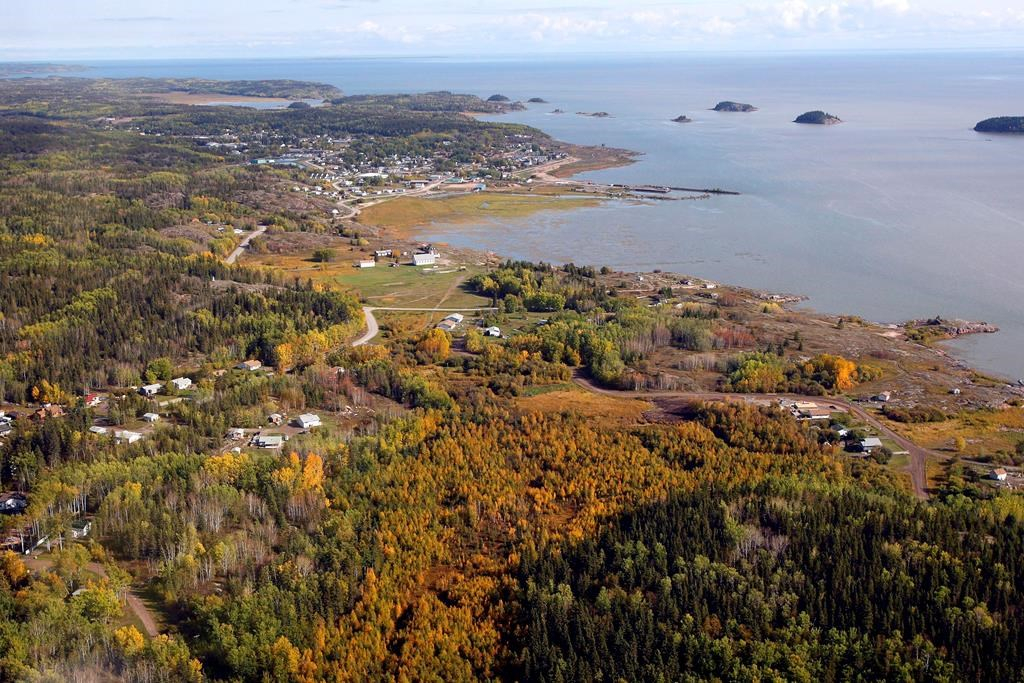 An aerial view of Fort Chipewyan, Alta., is shown on Monday, Sept. 19, 2011. File photo by The Canadian Press/Jeff McIntosh
Previous story
Next story

A United Nations body has given Canada a new deadline to repair the country's largest national park and the government is promising greater efforts to stop its deterioration.

At a meeting this week in Baku, Azerbaijan, UNESCO praised Canada for measures it has taken to stop the toll that industrial development and climate change have taken on the Wood Buffalo National Park World Heritage Site.

But it said the park's status could be endangered because of impacts from hydro development in British Columbia and dozens of oilsands projects in Alberta — including one planned for 30 kilometres from the park.

"(UNESCO) notes with serious concern the downward trend," its world heritage site committee said Wednesday. "Continued deterioration ... could eventually constitute a case for inscription of the property on the List of World Heritage in Danger."

Wood Buffalo, 45,000 square kilometres of grasslands, wetlands and waterways on the Alberta-Northwest Territories boundary, is one of the world's largest freshwater deltas and breeding grounds for millions of birds from across the continent.

A report on the park a year ago found that 15 out of 17 measures of ecological health were declining, mostly due to decreasing water flows. Area First Nations say their right to a traditional lifestyle is being harmed because they can no longer reach much of their territory.

The document tells Canada to analyze impacts from B.C. Hydro's Site C development on the Peace River. It also requests an assessment of risks posed by more than a trillion litres of oilsands tailings in upstream ponds — what it calls a "serious concern."

More money will be needed, the document adds.

The committee gives Canada until December 2020 to report on progress.

Laurie Wein, Parks Canada project manager for Wood Buffalo, said the 75 measures in the federal plan focus on how to get more water into the park. It may come from B.C. Hydro.

"Our focus is very much on conducting flow assessments," she said. "(We're) talking about the development of sound science and protocols for potential flow releases from the Bennett Dam (on the Peace River)."

Alberta is expected to lead a risk assessment into the tailings ponds, Wein said.

All governments and interested parties are working together, she added.

"All of those governments are at the table right now and collectively have worked with us to develop this plan. We have commitments and we continue to move forward."

Money in addition to the $27.5 million already committed will be found, said Wein. "We are working with our government partners and we will be seeking new resources."

Melody Lepine of the Mikisew Cree First Nation, which drew UNESCO's attention to the park, said a plan for water is most urgent.

"It just makes sense to have all the parties at the table and you have agreement that starts looking at water releases from the dams," she said from Baku.

But governments will have to do better on tailings than Alberta's current plan, she added.

"That one worries us. We want to see a true risk assessment."

Studies suggest millions of litres of tailings are already seeping from the ponds.

"What happens if there's a breach?" Lepine asked.

The key will be getting provincial and territorial governments to act on what Ottawa has already proposed, Lepine said.

Gillian Chow-Fraser from the Canadian Parks and Wilderness Society agreed.

"(The decision) is a call to Canada to step up and take stronger action," she said. "It's a good plan but we don't know if they're going to actually follow it," she said.

"Considerably more resources are going to be needed to save this park."