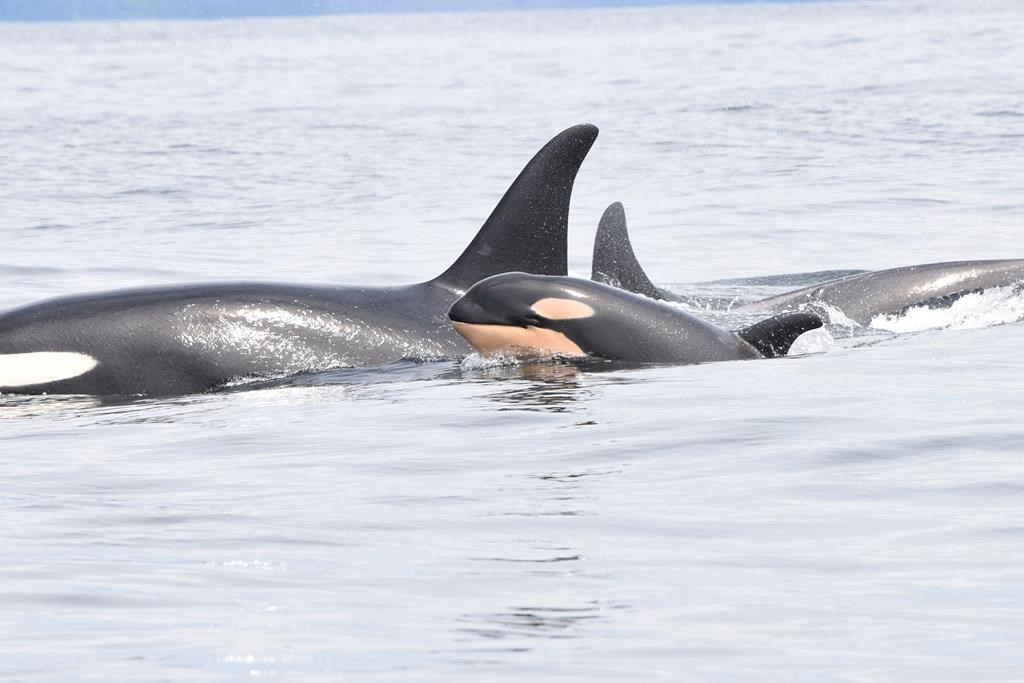 A killer whale and her calf are shown in a recent handout photo from the Department of Fisheries and Oceans Pacific Twitter feed. Handout photo Twitter/@DFO_Pacific
Previous story

Researchers with the Department of Fisheries and Oceans are cheering after spotting all three pods that make up the endangered southern resident killer whale population.

The department said in a tweet on Friday that they're happy to report that researchers encountered members of J, K and L pod off the west coast of Vancouver Island last week.

It said they also saw a new calf swimming with its mother, J31.

The endangered whales had disappeared for much of June from their usual summer location off the southern end of Vancouver Island and around the U.S. San Juan Islands.

The residents are listed as a species at risk in Canada with just 75 remaining.

The Canadian government has taken a series of steps to support the whales including limiting how close vessels can travel near them and cutting chinook salmon fisheries in an effort to increase the supply of the whales' favourite food.

By The Canadian Press | News, Politics | June 2nd 2019
State Of The Animal