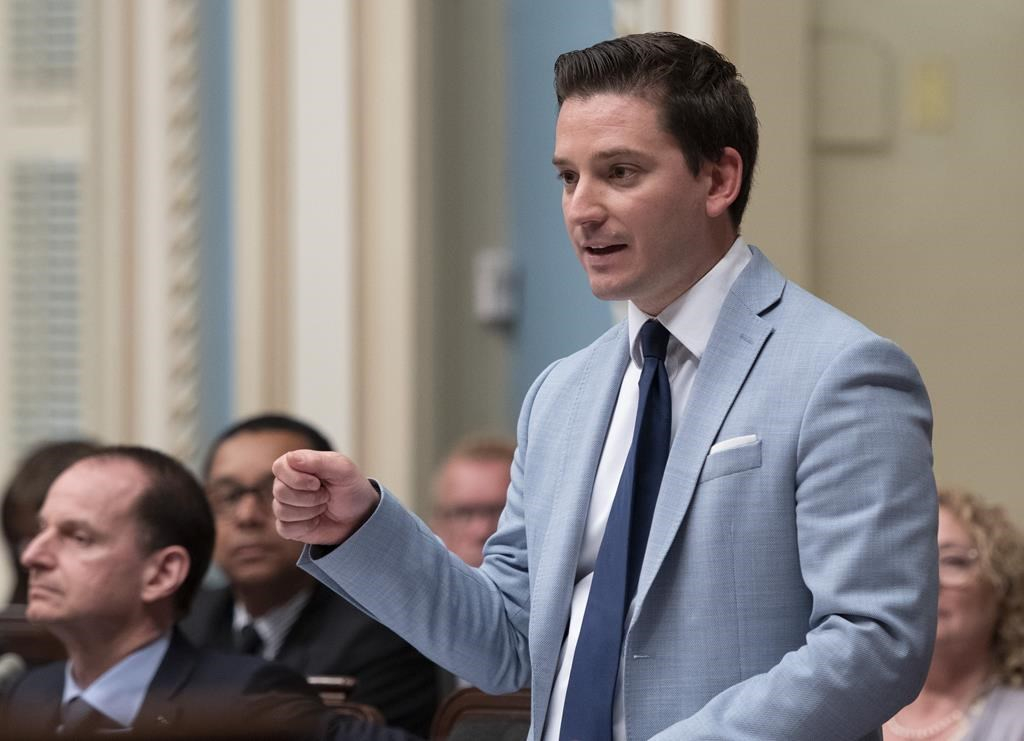 Quebec Minister of Immigration, Diversity and Inclusiveness Simon Jolin-Barrette responds to the Opposition over his legislation on secularism, Wednesday, June 12, 2019 at the legislature in Quebec City. File photo by The Canadian Press/Jacques Boissinot
Previous story

One of the Coalition Avenir Quebec's main pitches to get elected last fall was to temporarily reduce immigration and ensure the newcomers who are accepted can integrate by learning the province's only official language.

Not only are French classes free for immigrants in Quebec, but the state pays them to take the courses. It also subsidizes daycare costs for immigrant parents who study French.

His department will spend an extra $70 million a year, he said, to create 300 new classes, hire 80 more teachers, and increase the weekly stipend for people who take full-time courses from $141 to $185.

Immigrants who take part-time French will now receive $15 a day, up from nothing.

"Your government is showing beyond any doubt its determination and its desire to reform the immigration system," Jolin-Barrette said during a news conference. "The government of Quebec is very serious in its approach ... the knowledge of French by immigrants ensures the success of all of society."

Absent in the minister's announcement was the other, less generous component of the government's immigration strategy. The Coalition also ran last fall on a promise to refuse residency certificates to those who fail a French-language test within three years of arriving.

Obtaining that document, known as the Certificat de selection du Quebec, is essential to receiving permanent residency status by the federal government.

Quebec adopted Bill 9 before the summer recess, creating a legal framework allowing the province to be more restrictive regarding who gets to come to Quebec and who gets to stay. Bill 9 didn't include specific regulations about the promised French-language tests and the government has yet to announce them.

Jolin-Barrette said state-subsidized French classes will now be accessible to all immigrants, regardless of how long they have been in the province. Before Friday's announcement, newcomers weren't eligible for free classes after five years.

The classes will now be offered to temporary foreign workers and foreign students — as well as their spouses. Daycare subsidies for part-time French students will increase from $7 to $9 per day, per child. The money given to parents taking full-time courses remains the same, at $25 per day per child.

Jolin-Barrette estimated about 4,500 more immigrants a year will take advantage of the free classes.

"They have put in place all the conditions for immigrants to learn French," she said in an interview. "I don't really know what else they could do."

NDP candidates face off during French-language debate in Montreal