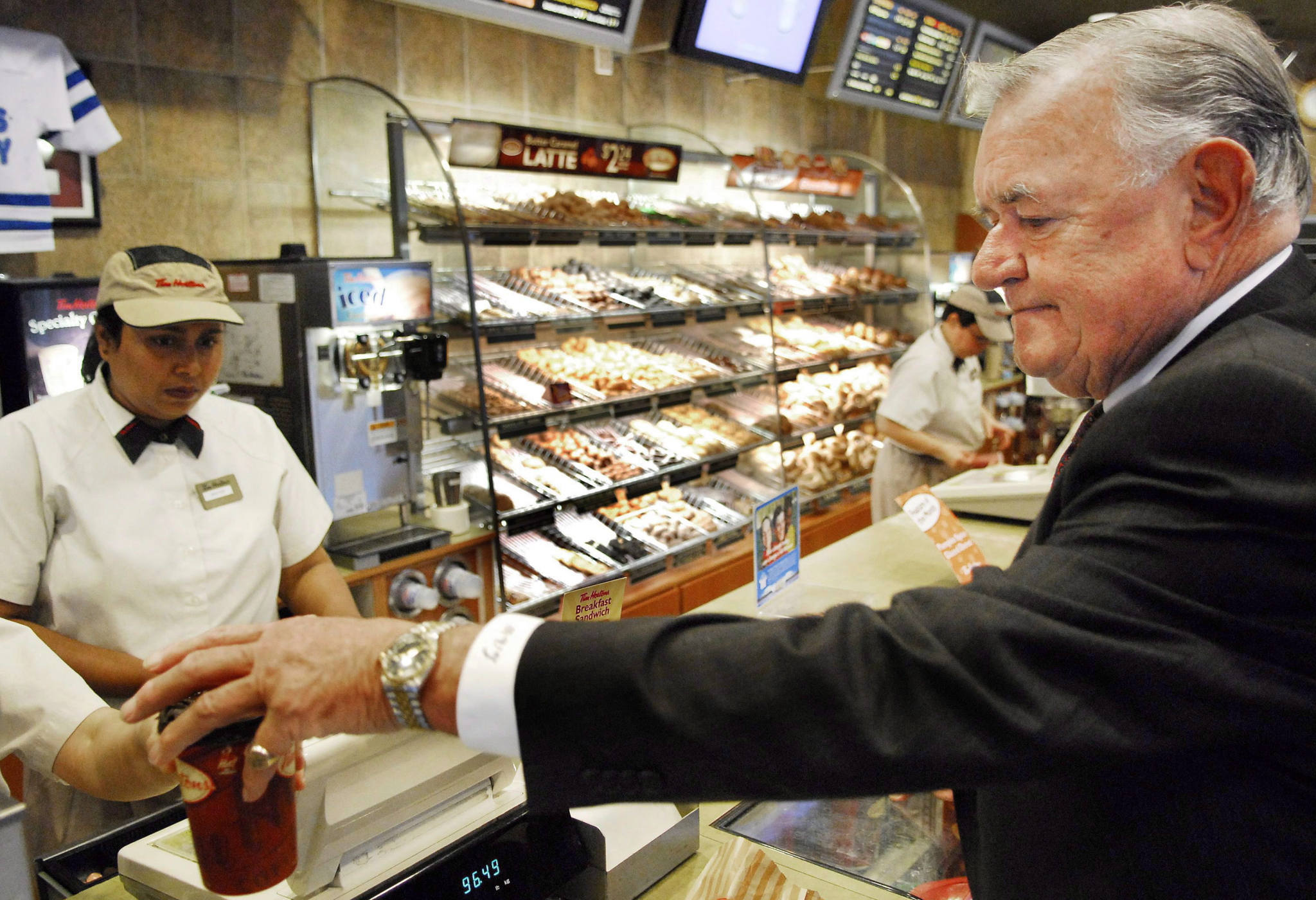 Canada’s iconic coffee and doughnut chain Tim Hortons is planning to open a boutique concept café below its Canadian corporate headquarters in Toronto’s financial district, a source with knowledge of the plans tells National Observer.

The upmarket makeover is a dramatic shift from the chain’s image as the caffeine fix of choice for hockey parents and regular working folk across the country. And it comes as the company’s dominant position in Canadian coffee retail faces competitive threats from both higher-end coffee chains, such as Starbucks and Second Cup, and quick-food restaurants, such as McDonald’s and its McCafé brand.

The flagship store at 130 King St. West will feature two espresso machines, single-origin beans, and methods more commonly seen in specialty independent cafés, including manual pour-overs, nitro cold brew and Aeropress, said the source, who declined to be identified as the information is confidential.

The shop will offer non-dairy milk alternatives including soy, almond, coconut and oat, the source added. The company is considering higher prices than its almost 5,000 other stores, but less than what equivalent products cost at Starbucks.

The company is training roughly 50 staff to work at the flagship store, which will be officially unveiled later this month. It is expected to be open 24 hours a day, seven days a week.

A spokesperson for Tim Hortons declined to confirm or deny the plans.

"At Tim Hortons we are always looking at ways to innovate, including with our restaurant formats," Sarah McConnell wrote in an email.

Double-double at hockey practice, skinny latte at the office?

The company commands a dominating position in Canadian coffee retail, having successfully ingratiated itself into the cultural fabric of the country. By one estimate it serves nearly eight in 10 cups of coffee sold in Canada.

Stepping away from @TimHortons model of cheap, fresh batch-brewed coffee is risky, says David Soberman from @rotmanschool, but crossover possible. Location is key.

But that grip is weakening. Revenue slipped in the first three months of 2019, down 1.8 percent compared to a year ago. Brazilian private equity firm 3G Capital bought out the company for $11.4 billion in 2014, and it now sits in a multinational structure called Restaurant Brands International Inc. that includes Burger King and Popeyes Louisiana Kitchen, a fried chicken chain.

Its reputation has been bruised by a simmering fight with disgruntled franchisees and has faced staunch criticism for how it handled a planned increase in Ontario's minimum wage to $15 per hour by 2019. (That issue was made moot by Doug Ford's Progressive Conservative government cancelling the previous Liberal government's legislation.)

The chain was founded by former Toronto Maple Leaf Tim Horton and business person Jim Charade in 1964. Ron Joyce became the first franchisee in 1967 and took control after Horton died in a car accident in 1974, growing the business into the most common retail site in small towns and suburbs across Canada.

While stepping away from its tried and true model of serving cheap, fresh batch-brewed coffee with consistently proportioned cream and sugar is risky from a brand management perspective, the choice of location will be a key determinant of success, said David Soberman, a marketing professor at the University of Toronto's Rotman School of Management.

“You may have a guy who when he drives his kids to hockey on Thursday nights and Saturdays always goes to the Tim Hortons across from the rink, but when he goes downtown to his job at the TD Tower he always goes for his coffee at Starbucks,” he said.

“If you had that sort of thing strategically positioned in fancier commercial areas of large cities, it could be a very effective way” of capturing the same customers in a wider array of circumstances, he said.

What remains to be seen is if any died-in-the-wool Starbucks drinkers or those for whom even Seattle's most famous export is too low-brow will give the experimental store the time of day.

24/7 eh? sombody has failed to notice that the financial district is a dead zone after the normal business hours for our time zone.
The only people around are the traders/staff serving the world's other time zones - a paltry number compared to the 9-5 crowd.

Good luck with this. Never

Good luck with this. Never hurts to keep up with what the people want. But remember your roots.