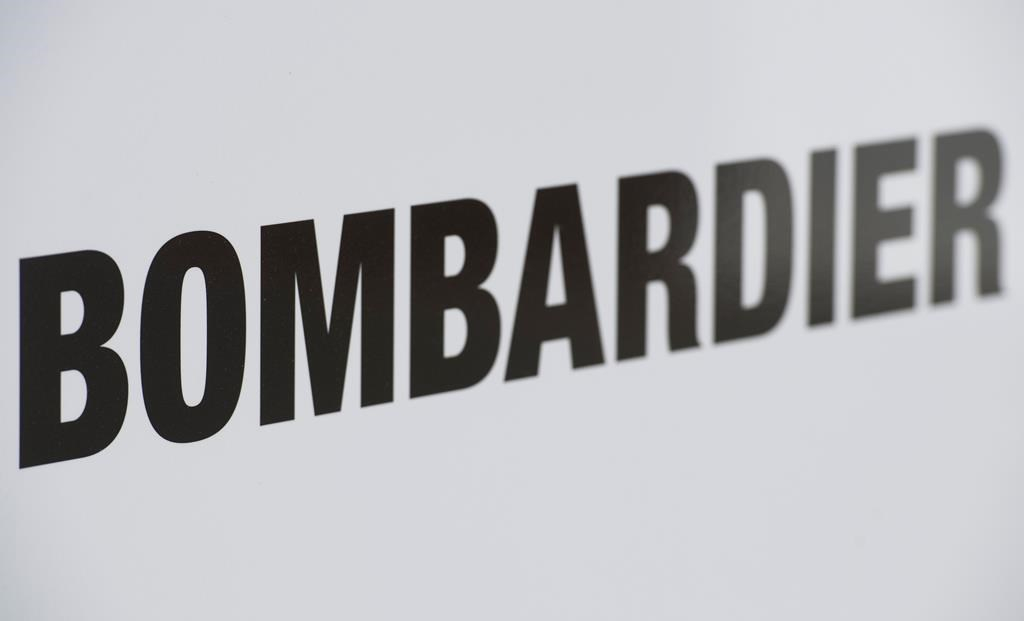 A Bombardier logo is shown at a Bombardier assembly plant in Mirabel, Que., on Friday, October 26, 2018. File photo by The Canadian Press/Graham Hughes
Previous story

The federal Liberals and Ontario Tories are blaming each other for the impending loss of 550 jobs at Bombardier's railway car plant in Thunder Bay, Ont.

Bombardier Inc. announced Wednesday it is laying off half of the 1,100 workers at the plant as two major contracts in Ontario — for Toronto Transit Commission streetcars and Metrolinx GO Transit rail cars — are slated to end by 2020.

The layoffs will start in early November and continue until the contracts are completed, Bombardier said.

Federal Labour Minister Patty Hajdu said Wednesday that Ontario's premier failed to deliver on a promised contract for the facility in her hometown that could have saved jobs.

"Well, now it's come home to roost and now 550 families in Thunder Bay are suffering because of the fact that this Ford government refuses to take action and apply for the money that's sitting on the table, quite frankly," Hajdu told The Canadian Press.

Ford shot back that his government has put forward a $28.5-billion Toronto-area transit plan that could help keep the facility afloat, but he hasn't "heard hide nor hair" about funding from Ottawa.

"They've been sitting on their hands," he told reporters at a premiers' meeting in Saskatoon.

"My message to the federal government is: 'We put our money where our mouth is. Where is their money?' "

Bombardier said the layoffs were due to "the cyclical nature of our business" as well as the Trump administration's Buy American measures.

The threshold for local content requirements on public transportation projects in the U.S. now sits at 65 per cent, and will climb to 70 per cent this fall. The rules also require final assembly south of the border, further threatening Bombardier's dwindling Canadian operations.

"A company like Bombardier has no choice but to have an American manufacturing footprint and supply chain," Bombardier said in a statement.

He said no U.S. work is currently being done in Thunder Bay, with "minimal" work on American contracts elsewhere in Canada.

The transportation giant has been downsizing its aerospace and railway operations for several years as it attempts to improve profitability.

"They have a troubled future unless they get more orders from Canada," said Karl Moore, an associate professor at McGill University's business school.

The axe came down in Quebec as well, where Bombardier said Wednesday it will lay off 87 workers at its plant in La Pocatiere, northeast of Quebec City, as contracts for New York subway cars and Toronto and Edmonton light rail vehicles wind down.

In a statement Tuesday, Ontario Transportation Minister Caroline Mulroney urged the company to work with her government to come to an agreement to save jobs at the Thunder Bay plant.

The province extended an offer in June for Bombardier to build 36 additional GO Transit rail cars in a would-be deal that has yet to be signed.

"That's still not going to prevent the layoffs...but the company can slow down the line speed and save 150 jobs," Unifor president Jerry Dias said in an interview.

"If officials would have moved quicker a year ago, we may have been able to avoid much of this," he said. "People aren't going to hang around for one-and-a-half, two years, waiting and hoping that somehow additional work is going to be awarded."

The layoffs mark another point in the contentious relationship between the federal Liberals and the Ontario Tories, particularly over the billions in spending on infrastructure.

Ford said three months ago the province would contribute $11.2 billion to Ontario's transit plan, and asked the federal government, the City of Toronto and York Region to cover the rest.

"If need be, we'll backstop it ourselves," Ford told reporters on April 10, when asked what would happen if the other levels of government refused to help fund his project.

The federal labour minister argued Wednesday that Queen's Park hasn't applied for federal infrastructure money, which has meant the funds can't flow for projects that the Thunder Bay plant could supply.

Hajdu said she would look at what options are available to the federal government to help workers, including additional employment insurance benefits or work-sharing arrangements. Ford said in a statement his government will make sure workers "are properly supported."

— With files from Shawn Jeffords