Governments can afford to make student debt disappear. So why don't they? 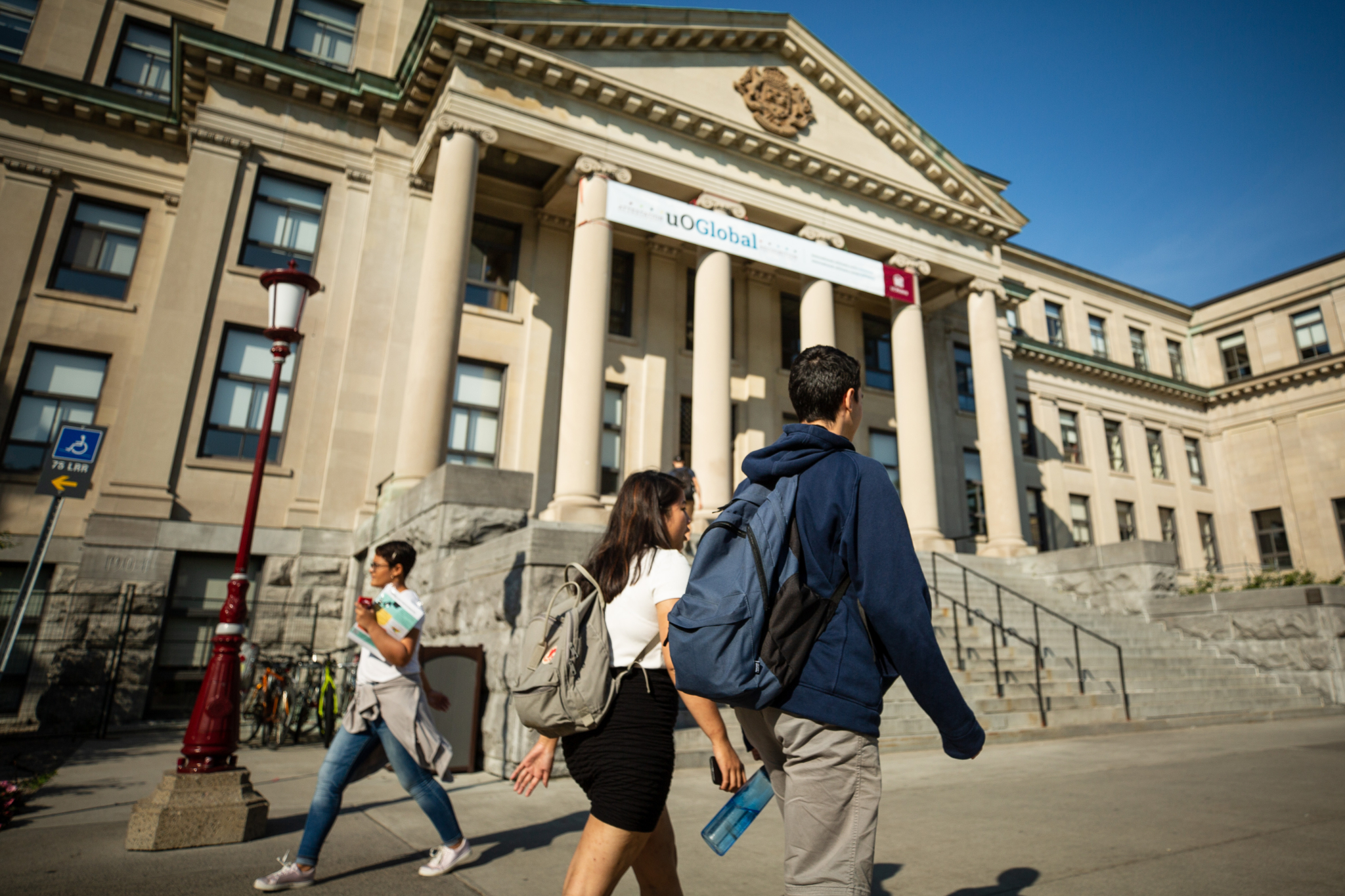 Americans owe a collective US$1.6 trillion in student debt to public and private lenders. It’s a staggering sum that, if elected, Bernie Sanders will eliminate.

Average debt per student is close to US$30,000, according to Sanders’ policy proposal. Almost two-thirds of that debt is held by women. Racialized Americans borrow more than white people.

Many Canadians might be surprised to know that even though Canada’s higher education system is mostly public and tuition fees are much lower, Canadians’ student debt burden is comparable to Americans’.

As of last year, Canadian students owed $28 billion in student debt to all levels of government, $19 billion of which was owed to the federal government.

One 2015 survey of 18,000 graduating students put average per student debt at $26,819. This figure takes into account Quebec and Newfoundland and Labrador, where fees are significantly lower than the national average.

Former students in Ontario and in Atlantic Canada owe the most, on average: more than $28,000 each, in public and private loans.

Because of interest, a student who has to take out loans will ultimately pay more than a student who can walk into the registrar’s office carrying a sack with a dollar sign on it. This creates a perverse system in which wealthy Canadians pay less for higher education than poorer Canadians.

Eliminating the debt would remove one of Canada’s most pernicious generators of inequality. Doing so wouldn’t be cheap, but it also wouldn’t be as difficult as many proponents of the debt-to-educate model want Canadians to believe. These amounts are cumulative and would be a one-time cost to eliminate.

Each year, the government writes off student debt it doesn’t expect to be able to collect. The past three years, it wrote off $710 million. As tuition fees and debts have grown steadily over the past decade, it’s reasonable to imagine more and more students will not be able to pay back their debts and these sums will rise. Or the government will have to pay more for loan relief and repayment-assistance measures.

The $19 billion owed to the federal government is money already spent. Allowing Canadians to stop having to send hundreds of dollars each month to the federal government would stimulate economic activity and relieve a tremendous amount of stress. And some of the written-down sum would be offset by increased tax revenues, as Canadians can deduct up to $2,500 every year in student loan interest payments.

"We have universal access to health care and primary & secondary education, but for some reason, our love for universality stops when someone graduates high school. There’s no reason why college & university education can’t be debt-free" - @NoLore

In 2015-16, the Canada Student Loans Program lent $2.7 billion to Canadian students. If $2.7 billion represents the annual cost to pay for student loans that wouldn’t be paid back if loans were eliminated, plus lost annual interest payments of $862.6 million (in 2018), the federal government would need to find $3.6 billion to eliminate loans.

In 2017-18, the federal government wrote off $6.8 billion in loans. The largest portion of that was $2.6 billion given to Chrysler after the economic crash in 2009. Chrysler merged with Fiat in 2014 and has netted $8.4 billion in revenue over the past three years. If a $2.6-billion loan is uncollectable from a company making billions each year, surely a government could similarly treat money owed by its own citizens whose incomes are in a different universe.

Or the federal government could shift its spending to eliminate student debt. It’s simply a matter of priorities. In Budget 2019, the Liberals promised $3.9 billion to supply-managed farmers to help cover the costs farmers will incur by free-trade agreements the government has signed. It also promised an additional $1.39 billion for two years of the government’s Middle East Strategy and $1.18 billion to strengthen border security.

And of course, Canadians’ new Trans Mountain pipeline will cost us somewhere north of $7.4 billion.

We could even maintain this spending and still wipe out student debt. There is at least $14.6 billion per year estimated by the CRA that is withheld by wealthy Canadians. Recovering that money and giving it to Canadians to pay for their higher education would not only be popular, it would also redistribute wealth in an important way.

To pay for his plan, Sanders has promised to create a “Wall Street speculation tax” where stocks, bonds and derivative trading would be levied. Canadians could create a similar tax here. Or increase taxes on capital gains, as the NDP has promised. Their plan would bring in nearly $3 billion annually.

Ideally, a zero-loans system is accompanied by free higher education. It would be a radical departure from Canada’s status quo, but it would put us on the same page as dozens of countries, including Norway, Brazil, Mexico and Germany. Provincial budgets, like the federal budget, have the means both to reallocate resources to make education free and to find new revenue streams to pay for it. Importantly, there will be massive savings to the student loans bureaucracy, both governmental and institutional, as students would no longer need to apply for loans and be tracked to ensure their payments are being made when they’re graduated.

As tuition fees continue to balloon, Canadians need to get serious about funding higher education. We have universal access to health care and primary and secondary education, but for some reason, our love for universality stops when someone graduates high school. There’s no reason why college and university education can’t be debt-free ⁠— we can afford it if it’s a political priority. The only question is, why are Liberals and Conservatives so opposed to free education?

As students in Ontario are finding Doug Ford has cut loan payments far deeper than anticipated, the time to decide whether a program like OSAP should even exist is now.

As a university student who

As a university student who graduated in 1961 I'm wholly unqualified to comment on either the government's educational policies or the entire notion of what Canada, the US or any other "advanced" nation hopes to gain from the higher education of its citizens. I receive alumni magazines from two different prestigious universities in Canada, whose faculty, research, administration and students inhabit a world that did not exist between 1939 (my birth year) and 1961.

What I read in those magazines makes me sick about the quality of the education I received, the range of opportunities available to a female holder of the B.A. degree and the astounding, expanding universe of options available today.

None of this - amazing as it is, clarifies the eternal quo vadis? And all those zeros bound up in governments, in politics, in debt, and in the polluting dark economies that seem to thrive as all else shrivels, will avail humanity one whit if we can't sort out why we are here and what do we owe the universe?