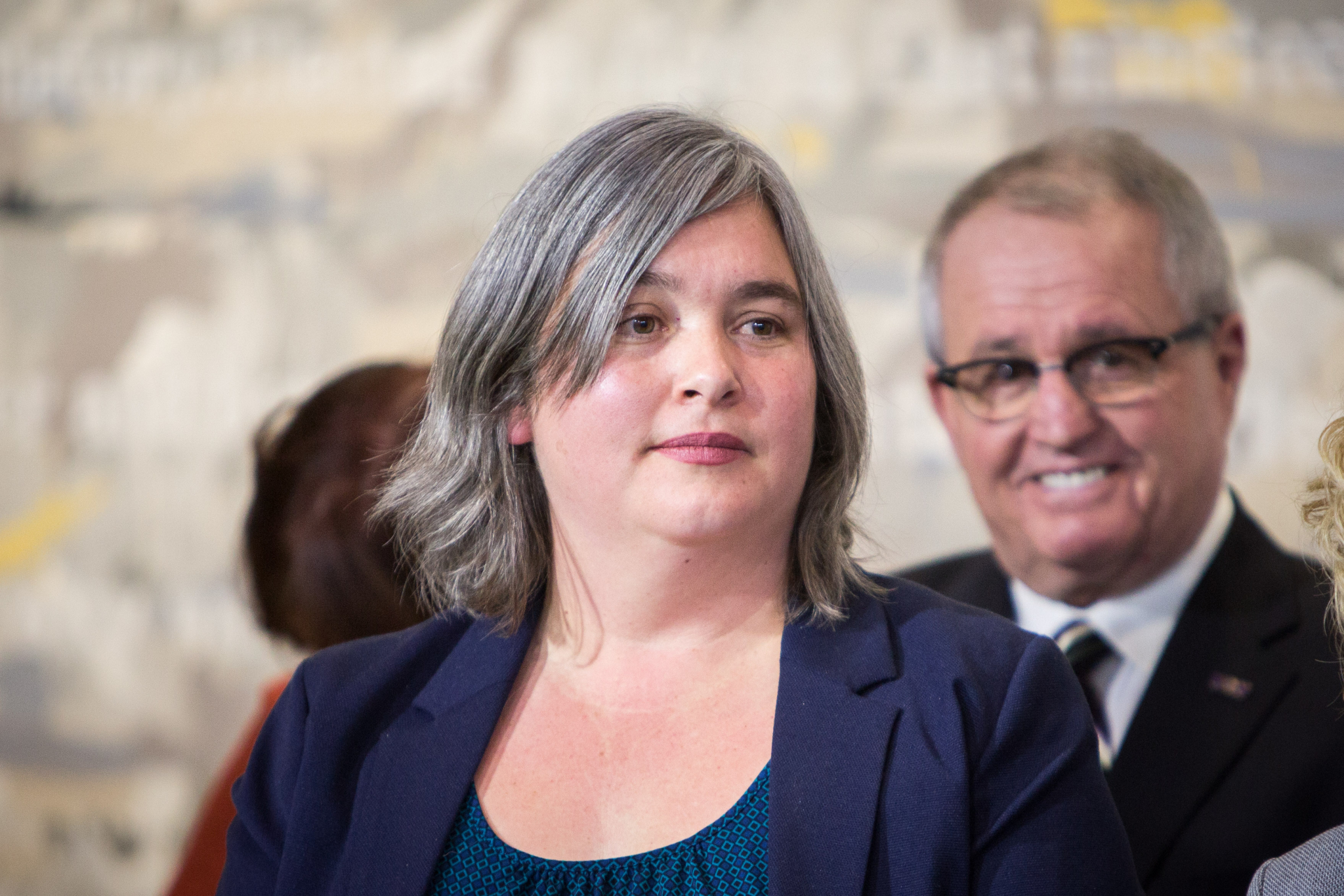 Emily Dwyer, coordinator of the Canadian Network on Corporate Accountability, attends a news conference in Ottawa on Jan. 17, 2018, about the new federal corporate watchdog. File photo by Alex Tétreault
Previous story
Next story

All the civil society and labour union representatives on a panel appointed by the Trudeau government to provide advice about corporate accountability have resigned, leaving only industry representatives and the government at the table with a lone academic.

The seven members and their alternatives, representing labour unions and other civil society groups, publicly quit their advisory roles on Thursday, complaining that the government had failed to fulfill a promise to create an independent watchdog to investigate allegations of overseas human rights abuses against Canadian companies.

The government announced that it was creating such a watchdog, called the Canadian Ombudsperson for Responsible Enterprise (CORE), in January 2018, naming the groups and labour unions to advise them about its role and powers.

But the advisors said that the government had betrayed them by failing to make the watchdog an independent investigator armed with the legal authority to compel witnesses and documents. As a result, they said that the new ombudsperson was a toothless watchdog.

The office of Jim Carr, the minister for international trade diversification and chair of the panel, known as the Multi-Stakeholder Advisory Body on Responsible Business Conduct Abroad, said it was grateful for the work already done by those who resigned — but disappointed they were walking away.

“While consensus on these issues remains elusive, dialogue between civil society and industry is critical to progress and walking away from that dialogue is a step backwards and regrettable,” Carr’s office said in a statement.

John Ruggie, a human rights and international affairs professor at the Harvard Kennedy School, who was honorary chair of the body, told National Observer that “betrayed” might be too strong a word for what had occurred.

Civil society and labour union representatives on a panel that helped create new watchdog to police Canadian mining, oil and gas, and garment companies' activities abroad have resigned at protest at the creation of what they say is a toothless role.

In a telephone interview while on vacation in Cape Cod, he said the Trudeau government “started this with the best of intentions but their public promises may have gotten ahead of what their lawyers told them they were able to accomplish.”

Nevertheless, he said, the mandate of the CORE ombudsperson, a role Sheri Meyerhoffer was named to fill in April and which should become operational in the coming months, is an improvement on the Office of the Extractive Sector Corporate Social Responsibility (CSR) Counsellor, since appointments are for a five-year period “with a reasonable budget” that includes staff.

He said the initial idea that the ombudsperson would have the authority to investigate under the Inquiries Act would have been a major step forward, but “somehow didn’t work out, for reasons that government lawyers will have to explain.”

Carr’s predecessor, François-Philippe Champagne, had vigorously championed the new watchdog, saying in January 2018 that full cooperation of companies in its investigations "is not optional," and that he was willing to use his "authority" to force companies to produce internal documents if necessary.

But Carr’s office said earlier this year that CORE’s mandate would include the ability to review the activities of whistleblowers and survivors of human rights abuses, which critics say further risks their safety rather than providing a forum for remediation.

It said at the time that it was seeking legal advice on how CORE might be able to compel the provision of evidence.

“That advice is currently under review,” the fresh statement from Carr’s office said. “This office is the first of its kind in the world, so there is no blueprint for us to follow.”

Jackie King, chief operating officer at the Canadian Chamber of Commerce, a business lobby group, remains as a vice-chair of the advisory panel. And Ben Chalmers, who leads the Towards Sustainable Mining initiative at the Mining Association of Canada, is also still at the table.

The other industry representatives are Shannon Joseph, vice president of government relations at the Canadian Association of Petroleum Producers (CAPP); Lesley Williams, director of policy and programs at the Prospectors & Developers Association of Canada (PDAC).

Jerry Asp, founder of Tahltan Nation Development Corp and the only Indigenous representative on the board, had resigned previously. He was not immediately available to comment on the news of the mass walkout.

The other exiting members said in a statement that they had lost "trust and confidence in the government’s commitment to international corporate accountability" due to its delay and eventual creation of what they described as a toothless watchdog to guard Canada's reputation abroad.

The federal Liberal government, which is heading into an election due in October, had promised in the campaign that brought them to power in 2015 that they would create an independent watchdog to ensure Canadians companies operating abroad were being good corporate citizens.

But human rights defenders are disappointed by the creation of CORE to watch over Canada's mining, oil and gas, and garment sector companies. They say CORE is no improvement over a previous corporate social responsibility counsellor, since it retains the insufficient status quo without the legal authority to compel documents and witnesses.

Meyerhoffer, who was hired for the CORE role in April, said earlier this week that her office is still being set up and should be fully operational later this year.

“It was because of assurances that the CORE would have independence and real investigatory powers that we stood alongside the government in January 2018 and we promoted the announcement both nationally and internationally,” said Alex Neve, the secretary general of Amnesty International Canada and one of the resigning members of the panel.

“The Government of Canada’s decision to backtrack on those promises, despite ongoing assurances to do so over the past year, has led me to lose confidence,” he said.

The decision to instead appoint a special advisor to the minister of International Trade Diversification without needed investigatory powers was a betrayal and a sign that the government had not acted in good faith during the consultations, the group said.

“Without independence and investigatory powers, the CORE amounts to nothing more than a broken promise," said Emily Dwyer, Coordinator, Canadian Network on Corporate Accountability. "A powerless CORE won’t serve impacted communities. In fact, it has all the hallmarks of the failed offices it is supposed to be replacing. It is like giving someone a car, but telling them that the gas tank won’t be installed for two years. How can civil society have any faith that law and policy reform discussions at the Advisory Body will be fruitful when the government has bowed to industry pressure and reneged on concrete commitments regarding the ombudsperson?”

National Observer reported on Wednesday about Canadian embassy staff in Africa and officials in Ottawa brushing off allegations of human rights abuses at a mine in Tanzania as they sought to aid Barrick Gold Corp. in a tussle with the east African country’s government in 2017.

Editor's note: This article was updated at 3:57 p.m. ET on July 11, 2019 to correct that only civil society members of the advisory panel had announced their resignation. It was updated again at 7:18 p.m. on the same day to include a statement from the office of the minister responsible, Jim Carr, and comments from the honorary chair of the panel.