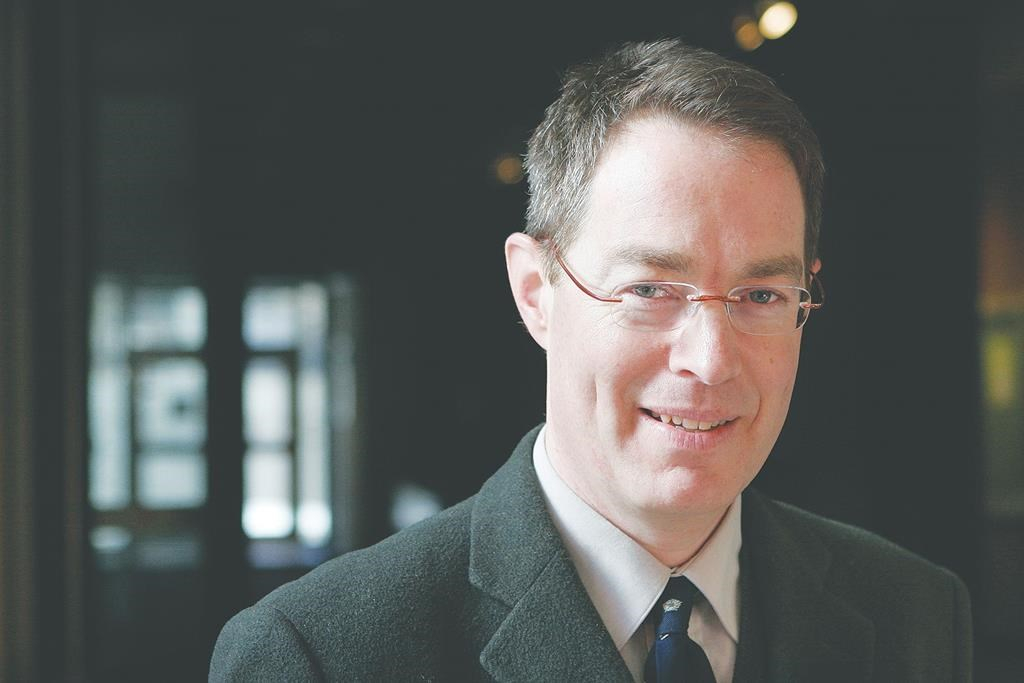 Prime Minister Justin Trudeau has nominated Nicholas Kasirer, a Quebec judge and former professor, to the Supreme Court of Canada. Nicholas Kasirer is seen in a 2006 handout photo. Handout photo by The McGill University/Owen Egan
Previous story
Next story

Prime Minister Justin Trudeau has nominated Nicholas Kasirer, a Quebec judge and former professor with a passion for civil law, to the Supreme Court of Canada.

Kasirer has served on the Quebec Court of Appeal for a decade. Fluently bilingual, he spent 20 years as a professor of law at Montreal's McGill University, including as dean of the law faculty.

Kasirer's outstanding legal and academic experience will be an asset to the country's highest court, Trudeau said in a statement.

The nomination fills the vacancy created by the coming retirement of Justice Clement Gascon.

On July 25, the House of Commons justice committee will hold a special hearing, moderated by a law professor, where members will be able to question Kasirer and learn more about why he was chosen.

In his application for the position, made public Wednesday, Kasirer stressed his specialty in Quebec civil law but described himself as a generalist as a judge.

During a decade on the bench, he has written extensively in criminal law, constitutional and administrative law, commercial law, and in cases involving fundamental rights, including the Canadian Charter of Rights and Freedoms, he noted.

The institutional and practical constraints of deciding cases invite caution, if not humility, for the judge contemplating a change of the law, Kasirer wrote.

At the same time, judges must take up their public duty by showing imagination, and indeed some courage, in the pursuit of justice, he added.

"Striking the right balance between these competing calls to caution and to courage is a central challenge in the exercise of judicial responsibility in a constitutional democracy," he wrote.

"In my experience, they are not incompatible — there is an immense satisfaction in moving law resolutely forward, but only so far forward as is necessary to solve the problem at hand, leaving the rest for another day."

Whether signing unanimous reasons or a strong dissent, a Supreme Court judge cannot, despite the independence attached to the role, decide a case on his or her own, Kasirer said.

"Taking into account the points of view of one's colleagues — and adjusting, if necessary, one's conception of what constitutes 'good' law or a 'just' result — requires as much if not more moral courage than signing a dissenting opinion."

He also emphasized a professional commitment to bilingualism and a personal and family life steeped in Montreal’s cultural complexity.

"I sense that Canadians want judges who are modest of temperament and who, in proposing themselves for public service, see their 'most significant contribution to the law' lying ahead of them rather more than as a trophy on an office shelf."

The nomination was praised by Independent Sen. Pierre Dalphond, a former judge who met Kasirer at McGill and worked closely with him on the Quebec appeal court.

"I am pleased with this appointment, which brings to the Supreme Court an exceptional legal expert, both in civil and common law, a great listener, who is curious and open-minded, an elegant writing style, an experienced appeal judge, and a man with collegial spirit," said Dalphond.

PM defends system for appointing judges amid questions about ties to N.B. minister