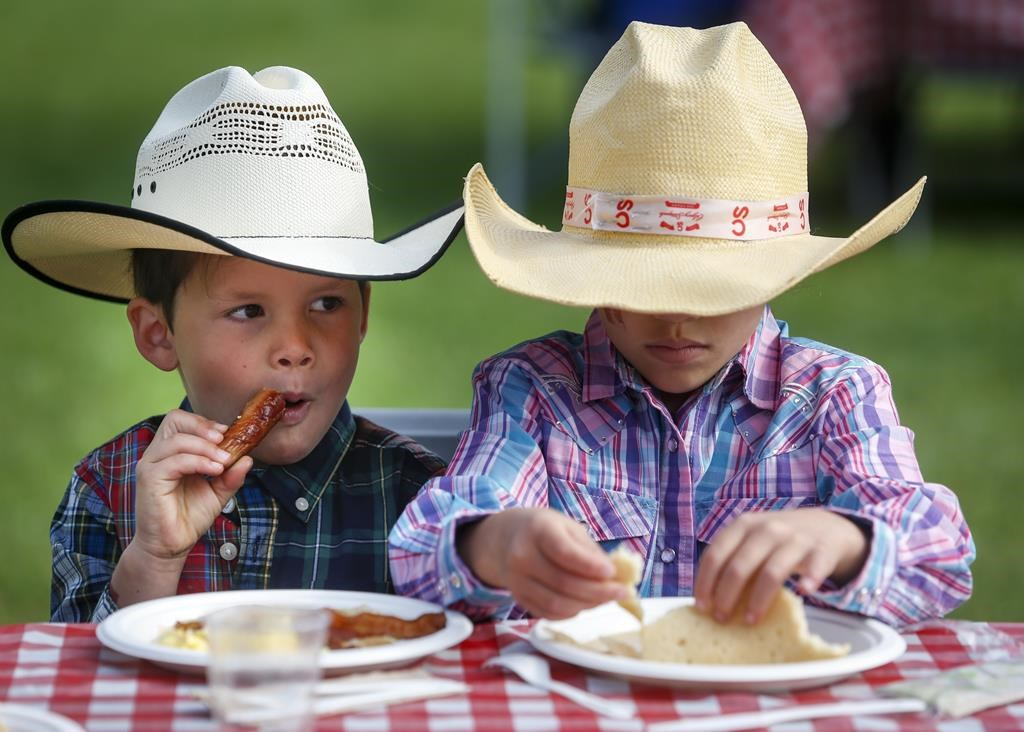 More than 20,000 people chowed down on pancakes last weekend during a family breakfast on the Calgary Stampede grounds.

That's an awful lot of disposable forks, knives and plates — not to mention cups for water and coffee.

But a single garbage bag weighing about 13 kilograms was all that went to the landfill, said Xaviere Schneider, the Stampede's environmental co-ordinator.

"Honestly, I do a fair bit of dumpster diving during Stampede," she said.

"It's all about trying to maintain our diversion rate and making sure that people are composting and recycling as much as possible and just making sure we're not producing too big of a footprint from an event this big."

The Stampede is a 10-day celebration of western culture that infuses Calgary with a party atmosphere. More than a million people head to the Stampede grounds every year to take in shows, rides, midway games, sugar- and grease-filled concessions and rodeo events.

Big free breakfasts on the grounds, put on by the volunteer-run Caravan Committee, use compostable utensils, plates and cups made of a corn-based material that breaks down easily, Schneider said.

Juice box straws and wrappers are the only major items served at those events that go in the trash.

"Everything else either goes into the compost or recycling."

The Stampede's efforts come amid a broader push to reduce the amount of single-use plastics polluting the environment. The federal Liberal government has signalled it plans to ban their use as early as 2021, though specifics still need to be worked out. Products targeted could include straws, water bottles, plastic bags, cutlery, stir sticks and fast food containers.

Through her team's trash bin-scouting, Schneider said she has found some midway food vendors are still serving up their fare with plastic and Styrofoam, though many use brown cardboard like the kind used in compostable egg-cartons.

"Styrofoam is definitely becoming less common ... and I think eventually, I guess you could say, it would become outlawed," Schneider said.

But by far the biggest category was "bedding waste" — also known as horse poop — at a staggering 3,432 tonnes. That goes to a tree farm south of Calgary to be used as a fertilizer.

"We produce a ridiculous amount during Stampede," Schneider said.