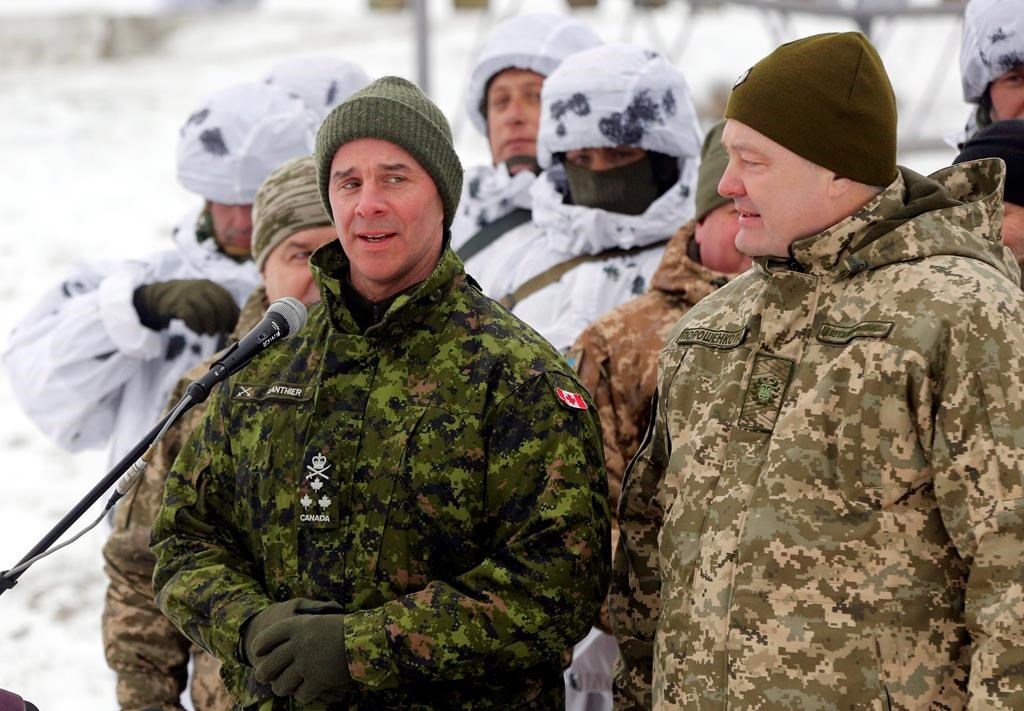 The fallout from the failed prosecution of Vice-Admiral Mark Norman continued Friday as the Defence Department announced another shuffle to its top ranks, including the appointment of a new second-in-command.

Canadian Army commander Lt.-Gen. Jean-Marc Lanthier has been tapped to become the new vice-chief of defence staff, the fourth officer to serve in that position since Norman was suspended from the office in January 2017.

Lanthier takes over from Lt.-Gen. Paul Wynnyk, who linked his surprise resignation Tuesday to an aborted attempt to reinstate Norman as vice-chief after the breach-of-trust case against him was dropped in May.

Lanthier had only last year taken over command of the army, which will now go to Lt.-Gen. Wayne Eyre, who just last month had been installed as the chief of military personnel, the Forces' top human-resources officer.

Those two moves caused a ripple effect farther down the chain of command as the Defence Department said four other senior officers were being moved to fill in the gaps.

While the military's senior ranks are subject to change every year as older officers retire and new ones succeed them, the pace has accelerated since Norman's suspension as vice-chief of the defence staff.

The churn in the vice-chief's office has been particularly worrying to many observers given the importance of the position, which is responsible for much of the day-to-day financial oversight and management of the Forces.

"The VCDS position is supposed to be the critical resource-steward," said defence analyst David Perry of the Canadian Global Affairs Institute.

"And it's hard to do that effectively, no matter how good the people you're putting into those positions are, if you're having people that aren't staying even two years."

Many had believed Wynnyk would stay in the position after the government and Norman announced a still-undisclosed settlement last month, along with Norman's plan to retire from the Forces.

But that was before Wynnyk's surprise resignation, which he tendered in a letter to defence chief Gen. Jonathan Vance that was subsequently leaked and caused a firestorm of controversy earlier this week.

In his resignation letter, Wynnyk wrote that when he was appointed vice-chief of the defence staff in July 2018, Vance insisted on a two-year commitment.

Before that, Wynnyk had been one in a series of fill-ins as the military waited for Norman's breach-of-trust case to make its way through the courts. Wynnyk had previously planned to retire this summer.

But Vance asked Wynnyk to make way for Norman by retiring after the breach-of-trust case was dropped — only to ask him to stay after the government and Norman reached their settlement.

Wynnyk, however, told Vance that he was pressing ahead with his retirement.

Vice-Admiral Mark Norman to retire after reaching agreement with government