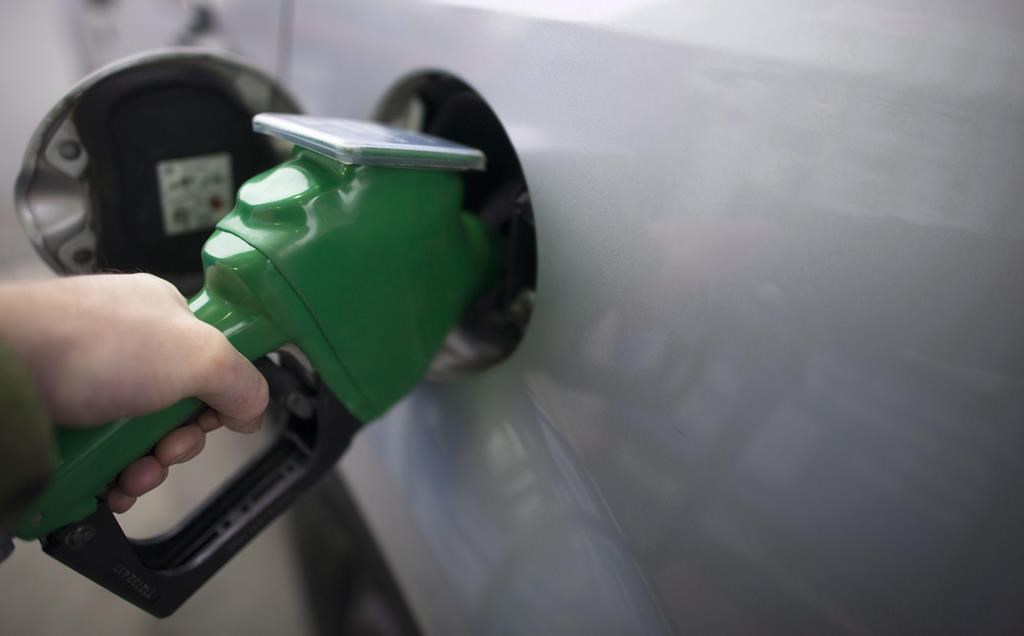 A vehicle gets gas at a gas station in North Vancouver, on Wednesday, Jan. 20, 2016. File photo by The Canadian Press/Jonathan Hayward
Previous story
Next story

An industry expert says a public inquiry into British Columbia's record-breaking gasoline prices may increase the public's understanding of a murky market but the provincial government's options for response are limited.

The reason prices at the pump are so much higher in Vancouver and other B.C. cities than comparable jurisdictions all funnels down to supply and demand, he said.

"It really comes down to very tight supply relative to pretty strong demand in the Lower Mainland and B.C. in general," Ervin said in a phone interview.

Premier John Horgan ordered the inquiry in May when prices at the pump reached $1.70 a litre, saying gas and diesel price increases were "alarming, increasingly out of line with the rest of Canada, and people in B.C. deserve answers."

He tasked the British Columbia Utilities Commission with overseeing the inquiry. A three-member panel chaired by CEO David Morton is set to begin its oral proceedings on Wednesday in Vancouver.

But the inquiry has already encountered some hurdles.

The utilities commission beefed up its confidentiality terms last week after six of seven fuel companies refused to share their retail margins, saying it would compromise their positions in a competitive market.

The new terms grant advanced approval of confidential status to those who submit information that they identify as commercially or competitively sensitive under the new terms, rather than granting the status after the content is reviewed and deemed eligible.

"We felt that under the circumstances it would not be unreasonable to provide them with that assurance," Morton said in an interview.

Calgary-based Parkland Fuel, which had raised concerns about confidentiality, also complained of tight deadlines in a letter from its lawyers to the commission on Tuesday.

"The inquiry has the potential to profoundly impact Parkland's business," it said, adding that it is a voluntary participant and short notice on what the hearings would look like impedes their "full and fair participation."

"The only way to mitigate that harm is to delay the workshop."

The utilities commission released a schedule and description of the so-called oral workshops, along with questions that will be asked, over the next two days. But it said it's committed to staying on schedule and Parkland said Friday it would still participate.

Other companies said they were reassured by the new confidentiality terms, including a spokesman for Husky, but didn't commit to release the data.

"The advance ruling on confidentiality does go a long way to satisfy Husky’s concerns," Mel Duvall said in an email Thursday.

"That said, we are still considering whether there are other measures that can be implemented by the BCUC that would provide further protection for the interveners."

Shell said it would provide the data ordered but requested the inquiry use the same confidentiality process that the National Energy Board used in proceedings dealing with pipeline access, including storing confidential material in a red folder.

Suncor said it was preparing to submit the figures by Monday, while Imperial Oil said it still wasn't comfortable doing so. Costco submitted two copies of a questionnaire Friday, one for the public and one with three additional answers it deemed confidential.

Questions shared in advance by the utilities commission reveal some of the information the public may learn.

They cover capacity and costs of using the Trans Mountain pipeline, whether refineries co-ordinate with one another to plan for maintenance repairs and shutdowns, and whether companies divert refined product from B.C. when gas prices are low.

"We'll be making findings on what we've found, whether it's competitive or not, how the prices are set, why the prices are different here and why they fluctuate more than they do in other parts of Canada," Morton said.

The province has also asked the utilities commission to explore mechanisms the province could use to moderate price fluctuations and increases.

Recommendations on the Trans Mountain pipeline are unlikely, Morton said, adding that he didn't want to preclude anything prematurely.

Ervin said there are a few options facing the province:

— It can create a watchdog agency to monitor the elements going into the pump price and where they seem to change, in order to better understand and explain to the public what happens and why.

— It can reduce taxes, which are among the highest in Canada, especially in the Metro Vancouver area where the carbon tax represents 9 cents per litre and the transit authority adds another 18.5 cents per litre.

— Or it could pursue regulation of crude going into refineries, wholesale gasoline prices, or prices at the pump. Each of those regulations is "problematic," he said.

The Atlantic provinces regulate prices at the pump but that may have a counterproductive effect in B.C. Retail margins aren't large and have actually declined over the last 20 to 30 years when inflation is taken into account, Ervin said.

"It would most certainly have the consequence of putting gas stations out of business," he said.

The best action our BC

The best action our BC government and citizens can take is to speed uptake of EVs, bicycles, E-bikes, public transit, and other forms of active transit, so that we rely on this industry less and less. Between business practices likely designed to punish governments for progressive responsible policies on carbon pollution, and the climate change denying premier next door threatening to cut off gas supplies if he doesn't get whatever he wants, we are far better off showing leadership and moving away from fossil fuels on an expedited basis.

Kenney will claim that he's not a denier, but any elected politician who claims to accept climate science on this point, but then completely fails to act in accord with the published and demonstrated urgency of the situation, is in reality a denier, for all intents and purposes. Either that, or they simply don't care about any living creature beyond the limits of their own skin. Leaders like that are not actually leaders.