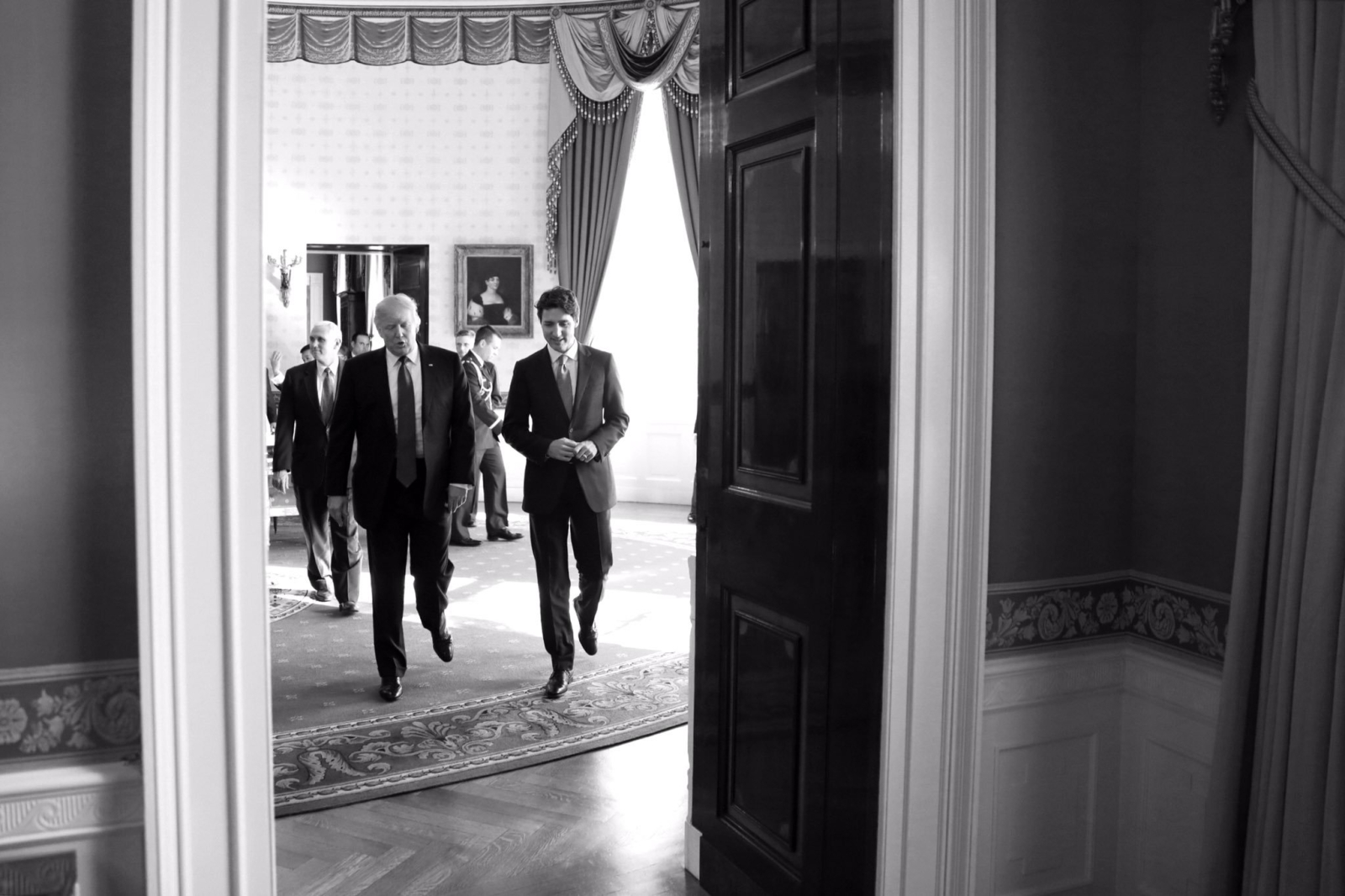 Prime Minister Justin Trudeau said Monday a series of racist tweets by U.S. President Donald Trump is “not how we do things in Canada.”

But Trudeau missed an opportunity to directly label the Twitter outburst by Trump as racist, as his NDP counterpart did, after Trump falsely tweeted on Sunday “‘progressive’ Democrat Congresswomen” should “go back” to the supposedly foreign “countries” they all came from.

Trump did not refer to specific representatives in his latest tirade, but the targets were widely taken by U.S. media outlets to be Alexandria Ocasio-Cortez of New York, Ilhan Omar of Minnesota, Rashida Tlaib of Michigan and Ayanna Pressley of Massachusetts — all of whom are American citizens.

So interesting to see “Progressive” Democrat Congresswomen, who originally came from countries whose governments are a complete and total catastrophe, the worst, most corrupt and inept anywhere in the world (if they even have a functioning government at all), now loudly......

“I think Canadians and indeed people around the world know exactly what I think about those particular comments. That is not how we do things in Canada. A Canadian is a Canadian is a Canadian,” Trudeau said at a press conference in Petawawa, Ont., alongside NATO secretary general Jens Stoltenberg.

“The diversity of our country is actually one of our greatest strengths, and a source of tremendous resilience and pride for Canadians, and we will continue to defend that.”

Trump has complained without evidence that the aforementioned four visible minority women politicians should not be advocating for policy in their own country. At various times, they have criticized his leadership style and his administration’s policies, such as its anti-migrant crackdown.

In addition to their citizenship, three of four were also born in the United States; Omar and her family escaped the war in Somalia as refugees. Yet Trump tweeted “you can’t leave fast enough” to return to “these places,” or their supposed countries of origin.

I reject @realDonaldTrump’s xenophobic comments meant to divide our nation. Rather than attack Members of Congress, he should work with us for humane immigration policy that reflects American values. Stop the raids - #FamiliesBelongTogether!

Trump's comments could also be interpreted as an attempt to drive a wedge between the four representatives and U.S. Democrat House Speaker Nancy Pelosi, who have recently tussled over policy issues such as Pelosi's support of a Republican bill to boost border funding and her opposition to an impeachment inquiry.

On Sunday, the speaker called Trump's comments "xenophobic" and said his real campaign slogan should have been to make America white again. She is now moving to drum up support for a resolution to condemn the tweets.

Meanwhile, Trump has denied his tweets are racist and yet went even further Monday, saying the congresswomen “hate our country.”

The four have responded forcefully: Ocasio-Cortez said it was “hallmark language of white supremacists” while Omar said Trump was “stoking white nationalism.” Tlaib ‏called the president a “bully” and a “racist” while Pressley said “this is what racism looks like.”

Trudeau’s comments were more muted than NDP Leader Jagmeet Singh, who tweeted on Sunday the U.S. president’s words amounted to a “sad and ugly display of racism by a president that shows no interest in, or ability to unite people.”

This is a sad & ugly display of racism by a President that shows no interest in, or ability to unite people. I stand with these Congresswomen and everyone who is targeted and being othered by this endless dog whistling by Trump. https://t.co/D95VvqkPpo

“I stand with these congresswomen and everyone who is targeted and being othered by this endless dog whistling by Trump,” Singh wrote.