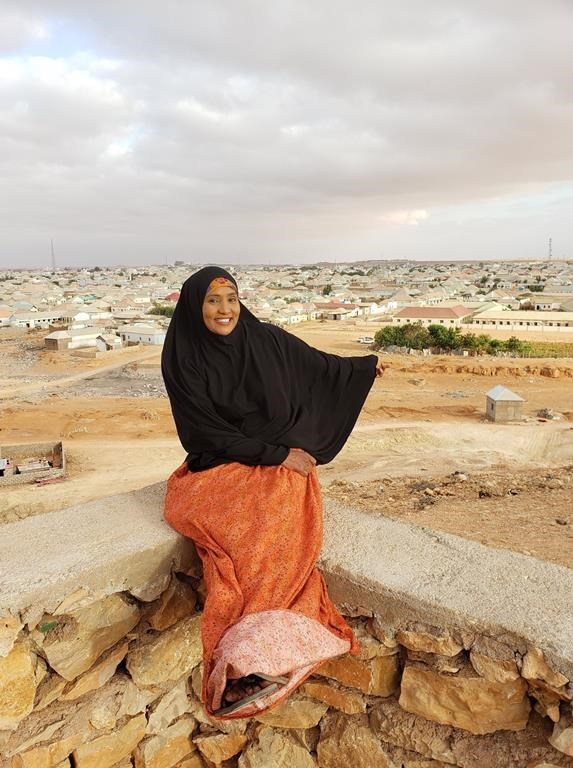 Family and friends of Hodan Nalayeh are remembering the Somali-Canadian journalist killed in a terrorist attack this week for her work redefining the global Somali identity through positive storytelling.

Nalayeh, a broadcast reporter born in Somalia with roots in Edmonton and Toronto, died with her husband in an attack at a hotel in the city of Kismayo, Somali officials have said, though Global Affairs Canada have yet to confirm the details of her death.

She moved back to Somalia last year in an effort to tell positive stories of her home country through an independent media platform: Integration TV. She was seven months pregnant and is survived by her two sons.

"We will remember her as our hero, as somebody who is so invested in making sure the world knew the beauty of the Somali culture, Somali people, of Somalia," said Farhiya Jama, a friend of Nalayeh's.

"We lost somebody who wanted a future for us that was reimagined into a healthy image of us," said the Somali visual storyteller based in Toronto.

Jama said Nalayeh first reached out to her in 2013, after she first started speaking about being a trauma survivor.

"She was constantly finding ways to affirm me, because social media wasn't a great place for me when I first started sharing my story," Jama said. "She was one of the first people to support my voice, because our Somali community can be very difficult to navigate when you are pushing against the norms."

Jama, who is from the same Toronto neighbourhood where Nalayeh lived, said the journalist will always be admired as an important public figure in the Somali diaspora and her work reimagining the Somali identity will have a lasting effect.

Suad Galow, Nalayeh's cousin, said she last spoke with the journalist a few weeks ago about launching a new project through her non-profit organization: the Somali Women Foundation.

She said Nalayeh was thrilled about the foundation and wanted to help gather sports equipment to give to kids in Kismayo, Somalia.

Galow, who lives in Fairfax, Va., but is currently in Somalia, went on to say that Nalayeh's words of encouragement were like having "dreams come back to the country."

"(It was to) make them smile, make them happy, make them see we care," said Galow, who is currently in Somalia. "Everyone connected with her word, and supported her."

Galow said when the family first heard of Nalayeh's death, they locked themselves in their hotel and prayed and cried.

"It's a tough day for me and for a lot of people. It's very difficult to lose someone like her," she said.

"She was so important, especially for what I'm doing right now empowering young women through sports and peace," Galow said.